Afghanistan: The Explanations Don’t Stack Up 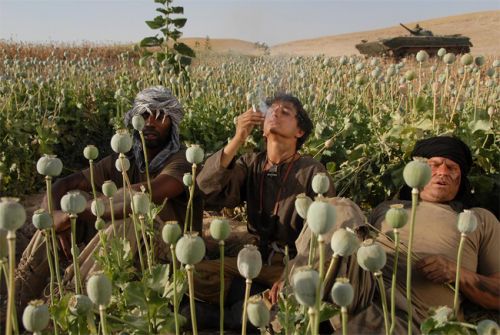 Our war in Afghanistan is usually justified as an anti-terrorist mission or a nation-building exercise. But neither of these explanations is actually true.

This week it was reported that US Secretary of State, Hillary Clinton, believes “the war on the Taliban [in Afghanistan] was essential to stop bombings like those in Jakarta”.

Unfortunately there’s no part of that explanation that is actually true.

Indonesian authorities suspect Jemaah Islamiyah of responsibility for the most recent bombings in Jakarta, masterminded by Noordin Mohammed Top. But what is the relationship between these people, the Indonesian situation and our war in Afghanistan? And how do we really stop bombings like those in Jakarta?

Well, if we want to prevent future atrocities, it’s worth asking just how it is that such fanatics manage to recruit people to perform such horrible deeds.

The Australian, which ran a profile of Top by Sally Neighbour, reported that “Top mesmerises his young acolytes with tales of the suffering and death of Muslims in Palestine and Afghanistan and the heroic struggle being waged on their behalf.” Indeed, she reports that a co-conspirator in the 2004 embassy bombing explained why Australia was targeted: “The goal was to make the enemies of Islam — the US and its allies — tremble. And we considered that Australia was one of those allies because it was helping the US in Iraq.”

Plainly, US policies, with which we are closely aligned, anger people throughout the Muslim world. For example, Mahmoud Mamdani has noted that according to Zawahiri “there is no cause more mobilising than Palestine, which is ‘a rallying point for all Arabs, whether or not they are believers’.” The relationship between these issues is a crucial one. It is not that any of these extremists have ever done anything for the Palestinians (or that they ever will). It is that this is a long-running issue on which Islamist extremists pose as heroes, single-handedly standing up to Zionism and its supporters. Obviously, if we sought to “stop bombings like those in Jakarta”, as Clinton apparently wishes to do, we might learn a few lessons from this.

One implication is that Australian gestures, such as Julia Gillard’s disgraceful support of the Gaza massacre at the start of this year, along with her recent visit to Israel where she didn’t mention Gaza once, have obvious implications for the safety of Australians. Preventing mistakes like these is one pretty easy first step towards reducing terrorist recruitment, assuming Australian policy-makers were genuinely interested in doing so.

Against this argument, one rational objection might well be that we should not change foreign policies just because some fanatical terrorist is trying to threaten us if we don’t. That is perfectly true, and indeed obvious. However, the issue is that our war on Afghanistan is not for the purpose of preventing terrorism, and never was. Our war is plainly taking place despite the risk of terrorism to Australian citizens. The argument that we may end up doing what the terrorists want if we change our approach is a red herring — the policies we are pursuing in relation to Afghanistan and Palestine are unjust, and so should be changed, irrespective of opportunistic Islamic extremists who want to exploit those grievances to help their plans to establish another medieval Islamist theocracy.

Why is our war on Afghanistan helping recruitment for people who want to kill Australians? The moral questions of our occupation get little notice in Australian media — though Afghan ex-MP Malalai Joya finally received some belated attention when she visited Australia recently. Yet this simply shows the contrasting values it places on the lives of different peoples. As I’ve noted before, in so-called liberated Afghanistan, elected president Hamid Karzai has been publically begging the US to stop bombing his country and killing civilians, to little avail. On the day before the Jakarta bombings, at least five more Afghan civilians were killed by a US helicopter attack.

To Afghans, this loss of life is as tragic as our loss of life was. While this incident — and there are many more like it — may pass unnoticed in the West, they definitely are noticed by the people terrorist organisations seek to recruit — people who see the moral weakness of our war and can be convinced that terrorism might be a way to end it. There is no mystery in this dynamic, and we can assume that policymakers here and in the other participating countries understand it very well, yet they keep trying to tell us that these killings will somehow reduce terrorism.

So if we’re not there to fight terrorism, are we there to fight Islamic extremists, on the basis that they are simply dangerous, and bad for Afghanistan itself? This often-used explanation is even more obviously false. Our occupation has simply transferred power from one group of Islamic extremist misogynist warlords to another. As Malalai Joya says, “Which groups are labelled ‘terrorist’ or ‘fundamentalist’ depends on how useful they are to the goals of the US”. This shouldn’t even be considered controversial anymore. The day before the Jakarta bombings — and not so long before we were told of our “war on the Taliban”, the ABC reported that Clinton extended a hand to anti-al-Qaeda forces within the Taliban.

Clearly no theocratic thug is too ugly for our embrace.

Indeed, ugly is a euphemism for our favoured allies in Afghanistan. To take an illustrative example, the New York Times has recently reported on a mass killing of hundreds, or even thousands of prisoners of war in 2001, but the US had been reluctant to investigate. Why? Because “the warlord, Gen. Abdul Rashid Dostum, was on the payroll of the C.I.A. and his militia worked closely with United States Special Forces in 2001, several officials said. They said the United States also worried about undermining the American-supported government of President Hamid Karzai, in which General Dostum had served as a defense official.”

More recently, Patrick Cockburn reported that Karzai had “almost certainly ensured his re-election as president by selecting as his vice-presidential running-mate Mohammad Qasim Fahim, a powerful Tajik former warlord.” Human Rights Watch protested the many atrocities of General Fahim, but to no avail.

All this is bad enough, but our colonel David Kilcullen says we’ll be “10 years at least in Afghanistan, and that is the best-case scenario”.

We’re supporting Islamist theocrats and warlords, and increasing the risk of terrorism to ourselves and others. For 10 more years. What’s the up side? Why are we actually there? I have a feeling more people will begin asking these questions pretty soon.

IN ACCORDANCE WITH TITLE 17 U.S.C. SECTION 107, THIS MATERIAL IS DISTRIBUTED WITHOUT PROFIT TO THOSE WHO HAVE EXPRESSED A PRIOR INTEREST IN RECEIVING THE INCLUDED INFORMATION FOR RESEARCH AND EDUCATIONAL PURPOSES. COTO HAS NO AFFILIATION WHATSOEVER WITH THE ORIGINATOR OF THIS ARTICLE NOR IS COTO ENDORSED OR SPONSORED BY THE ORIGINATOR.

4 responses to “Afghanistan: The Explanations Don’t Stack Up”