Refusing vaccination labels you a ‘criminal’ says WHO 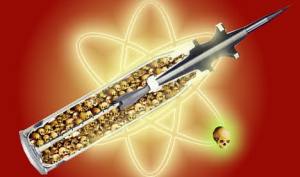 The World Health Organization determined in 2005  it has the authority to dissolve sovereign governments and take control should there be a “pandemic.”  This applies to any country signed onto WHO….which of course we are.  In June, WHO raised this “mild” week-long flu to level 6 pandemic.

From the WHO 2005 declaration: (excerpted)

“Under special pandemic plans enacted around the world including the USA, in 2005, national governments are to be dissolved in the event of a pandemic emergency and replaced by special crisis committees, which take charge of the health and security infrastructure of a country, and which are answerable to the WHO and EU in Europe and to the WHO and UN in North America.”

If the Model Emergency Health Powers Act is implemented on the instructions of WHI, it will be a criminal offence for Americans to refuse the vaccine. Police are allowed to use deadly force against “criminal” suspects.  Here are ten key points associated with MSEHPA:

Under the Model State Emergency Health Powers Act, upon the declaration of a “public health emergency,” governors and public health officials would be empowered to:

So there you have it.  You are now officially to be declared a criminal if you refuse the vaccine and deadly force can be used against you if you resist.

And to think, not only did our federal government agree to this abomination, it was also successful in getting the same laws passed in most states.  I will be revisiting this list of powers in a subsequent article as it relates to the coming “healthcare reform,” and other odious pieces of legislation being devised.

This gives me pause to consider this:  Could the so-called healthcare reform that the goernment claims must be done right away, right now, quickly, immediately….no time to waste be tied somehow to this WHO declaration?  Hmmmm. I smell a really big rat!

Those pesky FEMA drills…part of a plan?

I am wary of this FEMA drill that  is taking place not only for the obvious reasons….but its close proximity to the planned forced vaccinations scheduled to be mandated early this fall. Our own government has expressed its intent to forcibly vaccinate school children as a starter. By all means…..target the most vulnerable first.  (Take that any way you like.)

On MSM last evening it was reported that young people between the ages of 19 and 24 are for some reason most susceptible to this lab created virus.  I find this curious as this segment of the population is generally the healthiest.

Since the “swine” flu has been so thoroughly exposed as lab created they are now just simply calling it the N1 whatever flu. Apparently this first test run of what was supposed to be a global pandemic couldn’t get off the ground: it didn’t spread as was hoped. Of course the same thing happened with SARS and the Bird Flu…..Those didn’t work so now we get the “Swine Flu”, or the N1 Whatever Flu.”  Strange how all these different strains of flu showed up after they dug up bodies from mass graves to see if they really did die from the flu epidemic in 1918.  The new and improved version of this virus is now what we are calling N1 Whatever Flu.

Here’s what I believe is about to happen:

A created strain of flu is going to be set loose in selected areas to begin with.  As I believe thousands are going to fall ill simultaneously it will be the fear factor needed to bring thousands more in for what they believe is a vaccine that will save them.

Those that want to self-quarantine, or who simply refuse the vaccines, will either be incarcerated in FEMA camps or otherwise disposed.  The vaccines which have not been tested for safety or effectiveness can and will cause harm to many of those receiving the shots, but will be off limits to lawsuits for harm caused.

This will force thousands more in for the vaccinations, out of fear,  which are loaded with toxins and pathogens seeking to save themselves from forced incarceration or worse.

At some point in this, we will find out that the foreign troops who supposedly only participated in a mock drill, are not only still here on our soil, but their numbers have multiplied.

Martial law will be declared using the unilateral authority granted the president under the John Warner Defense Authorization Act of 2007, which allows the president to declare an emergency “even if he is the only person to perceive one.”   Foreign troops lack the natural inhibition our own military has about firing on US citizens…that’s why they are here.

I do not believe this is a mock drill.  I think it is actually the planned strategic placement of foreign troops within the US for an anticipated and planned event.

The vented three story rail cars which are claimed to be nothing more than haulers for large SUV type vehicles would come in really handy here.  Foreign troops and military equipment could be moved further into the country and put in place without anyone ever knowing they were there until they were needed.  Besides, I don’t know of any car haulers that need that much targeted ventilation: humans on the other just might.

I feel that there will be several catastrophic events from about mid-August to the end of October and maybe into November somewhat.  At the end of this period, after the American public has been frightened to death, everything will begin coalescing and will culminate at the end of the year.

In the interim:  will we see the deaths of thousands upon thousands of American’s and other peoples around the world, if not millions?

I was curious as to why the WHO would move this flu into a pandemic (phase 4) category when there was no evidence that it was pandemic.  Less than 1,000 cases worldwide as of May does not make a pandemic. (Two weeks ago, WHO advised nations to stop testing for H1N1 and instead to report trends of flu like symptoms.)  H1N1 has been very mild, according to the WHO:

“This pandemic has been characterized, to date, by the mildness of symptoms in the overwhelming majority of patients, who usually recover, even without medical treatment, within a week of the onset of symptoms.”

Then came the predictions from our government that the “flu” would probably become much worse this fall.  This indicates to me that a new and more virulent strain has been developed and is set to be turned loose.  I base this on the evidence that the flu was lab created and would not have occurred naturally combining four unrelated dna strains……the statements by the CDC that they had a vaccine within three weeks of the “outbreak”…..knowing that seed stock for vaccines takes at least 12 weeks to develop and several more weeks to mass produce……and the orders during the last year of the Bush Crime Administration for Tamiflu which supposedly is the cure or prevention for a flu which didn’t exist at the time, at least not publicly.

We’re on the brink, people.  Whatever has been in the works for several years, if not for decades is about to come to fruition.  Grab your butts!  This is going to be one bumpy ride!

10 responses to “Refusing vaccination labels you a ‘criminal’ says WHO”