Every Day is Capital Day 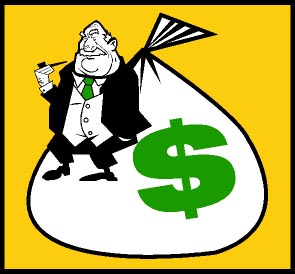 The United States’ “Labor Day” (Sept. 7th) must have seemed ironic to the nation’s expanding army of unemployed, their vital human labor power deemed un-profitable and therefore unworthy of even minimal ransom-payment by the masters of capital.

An old peasant slogan proclaimed “no work, no eat.”

Capital’s slogan is “no profit for us, no work for you.”

Forget that Labor Day’s dating is fake (the real labor day is May 1st, launched in the 19th century to advance and commemorate working-class struggles against Wage Slavery and the masters’ “vile maxim” of “Everything for Me and Nothing for Anyone Else.” Remember when you were a kid and on Hallmark’s Mother’s Day or Father’s Day you’d ask one or both of your parents when “Kid’s Day” was? The answer, known to every American parent and child, has long been part of American nuclear-familial folklore: EVERY DAY IS KID’S DAY. Well, we have Labor Day, why no Capital Day?

Because, truly, Every Day is Capital Day in the United States, the best democracy that money can and did buy. where the Vampire Class in the top 1 percent owns more than 40 percent of the wealth and a certainly larger share of the nation’s politicians. From the White House on down, politics and policy are captive to “the unelected dictatorship of money,” which “vets the nominees of the Republican and Democratic parties, reducing the options available to U.S. citizens to two candidates, neither of whom can change the foreign or domestic priorities of the imperial U.S. regime.” (E.S. Herman and D. Peterson, “Riding the ‘Green Wave’ at the Campaign for Peace and Democracy and Beyond,” Electric Politics, July 22, 2009). The quadrennial corporate-crafted mass-marketed narrow-spectrum candidate-centered “electoral extravaganzas” (N. Chomsky) that capital and its political-class operatives stage for us every 4 years are officially defined the politics that matte: “that’s politics.” Sold as great exercises in popular democracy, they are really stunning exercizses in the marginalization of the citizenry on the whole.

It will take one helluva popular struggle beneath and beyond the quadrennial spectacles —- call it a revolution, a rebellion, “trench warfare” or whatever you want — to change this equation and make the cancerous nightmare of Capital Day after Day a thing of the past.

One response to “Every Day is Capital Day”