The mainstream media is engaged in what we Americans call “bald faced lies” about swine flu. It seems to be true with this issue more than any other, and it became apparent to me recently when a colleague of mine — a nationally-syndicated newspaper columnist — told me their column on natural defenses for swine flu was rejected by newspapers all across the country. Many newspapers refused to run the column and, instead, ran an ad for “free vaccine clinics” in the same space.

The media, it seems, is so deeply in bed with the culture of vaccinations that they will do almost anything to keep the public misinformed. And that includes lying about swine flu vaccines.

There are ten key lies that continue to be told by the mainstream media (MSM) about swine flu and swine flu vaccines.

Lie #1 – There are no adjuvants used in the vaccines

I was recently being interviewed by a major U.S. news network when the reporter interviewing me came up with this humdinger: There are no adjuvants being used in the swine flu vaccines, he said!

Lie #2 – The swine flu is more dangerous than seasonal flu

This lie is finally starting to unravel. I admit that in the early days of this pandemic, even I was concerned this could be a global killer. But after observing the very mild impact the virus was having on people in the real world, it became obvious that this was a mild flu, no more dangerous than a seasonal flu.

The MSM, however, continues to promote H1N1 swine flu as being super dangerous, driving fear into the minds of people and encouraging them to rush out and get a vaccine shot for a flu that’s really no more likely to kill them than the regular winter sniffles. Sure, the virus could still mutate into something far worse, but if it does that, the current vaccine could be rendered obsolete anyway! 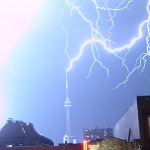 This is the biggest lie of all, and the media pushes it hard. Getting a vaccine, they insist, will protect you from the swine flu. But it’s just flat-out false. Even if the vaccine produces antibodies, that’s not the same thing as real-world immunity from a live virus, especially if the virus mutates (as they often do).

As I pointed out in a recent article, statistically speaking the average American is 40 times more likely to be struck by lightning than to have their life saved by a swine flu vaccine. (http://www.naturalnews.com/026955_s…)

And how would any journalists actually know this? None of the vaccines have been subjected to real-world testing for any meaningful duration. The “safety” of these vaccines is nothing more than wishful thinking.

The MSM also doesn’t want you to know what’s in the vaccines. Some vaccines are made from viral fragments grown in diseased African monkeys. If that sounds incredible, read the true story here: http://www.naturalnews.com/026779_s…

You hear this lie all the time: The swine flu vaccine shot is voluntary, they say. [Even Obama says so. -Ed.] But it’s not true if you’re an employee at a place where vaccines are being mandated. Millions of Americans are now being told by their employers that if they don’t get vaccine shots, they will be effectively fired from their jobs. It’s especially true with health care workers, day care employees and school teachers.

In reality, a vaccine shot is far more likely to harm you than help you. According to one viral expert, the actual mortality rate of the swine flu virus is estimated to be as low as .007 percent (http://www.reuters.com/article/heal…). That means H1N1 swine flu kills less than one person in 100,000. Even if the vaccine works, let’s say, 10 percent of the time, you’d have to vaccine one million people to prevent one death from swine flu.

And in vaccinating one million people, you would inevitably harm or kill several people, simply from the vaccine side effects! Your net risk of death is increased by getting a swine flu vaccine. 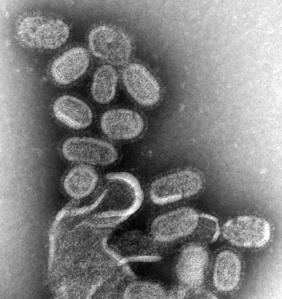 Lie #7 – The vaccine isn’t made with “attenuated live virus”

When the swine flu vaccines were first being announced several months ago, they were described as being made with “attenuated live virus.” This was directly mentioned in CDC documents, among other places.

This term apparently freaked out the American news consumer, and it has since been all but erased from any discussion about vaccines. Now, journalists will actually argue with you and insist the vaccines contain no attenuated live viruses whatsoever.

Except they’re wrong. The vaccines are, indeed, made with “attenuated live viruses.” That’s how you make a vaccine: You take live viruses, then you weaken them (“attenuate”) and inject them into people.

This idea of washing your hands a hundred times a day is all based on the assumption that you can avoid exposure to the swine flu virus. But that’s impractical. The virus is now so widespread that virtually everyone is certain to be exposed to it through the air if not other means. This whole idea of avoiding exposure to the swine flu virus is nonsense. The conversation should shift to ways to survive exposure via a healthy immune system.

Of course, hand washing is a very good idea in a hospital setting. Recent news reveals that doctors are too busy to wash their own hands, resulting in the rampant spread of superbugs throughout most large hospitals in first world nations.

Lie #9 – Children are more vulnerable to swine flu than adults

This is just a flat-out lie, but it makes for good vaccine sales. Vaccines are right now being targeted primarily to schoolchildren.

But the truth is that swine flu is extremely mild in children. “It’s mildest in kids,” says Dr Marc Lipsitch of Harvard University. “That’s one of the really good pieces of news in this pandemic.” Reuters actually had the guts to report this story, but most of the larger media outlets are still reporting that children are the most vulnerable.

This is where the media lies by omission. The mainstream media absolutely refuses to print just about any story that talks about using vitamin D, anti-viral herbs or natural remedies to protect yourself from swine flu. In the MSM, there are two options and only two: Vaccines and Tamiflu. That’s it. No other options exist in their fictional reality.

Why is the mainstream media so afraid to print the truth these days? Why can’t reporting on swine flu see the light of day… literally, with a mention of sunlight and vitamin D? Apparently, Big Pharma has such a tight grip on mainstream newspapers that no true story on swine flu can ever make it past the editor’s desk.

It must really be depressing to work for the mainstream media. Even the reporters I know can’t stand it. The truth, they admit, rarely makes it into print.

Over the last few years, I’ve had a couple of job offers from large media outlets. They want to pay me a six-figure salary and stick me behind a desk where they can control what I report. Needless to say, I routinely reject those offers. If I can’t write the truth like I do here on NaturalNews.com, there’s no point writing at all. In too many ways, the mainstream media has become little more than a corporate mouthpiece, whoring itself out to the highest bidder / advertiser.

It’s no fault of the frontline reporters who actually work there. For the most part, they agree with what I’m saying. It’s the fault of the profit-oriented corporate mindset where news is about selling newspapers rather than actually informing the public.

Important news stories get killed every day in the newsrooms across America. They get killed not because they are poorly investigated or poorly written, but because they upset advertisers and corporate string pullers who shape the news and reject any stories that threaten their own financial interests.

Here in 2009, the distorted reporting on the swine flu vaccine has been one of the greatest media frauds ever perpetrated. The media has in every way contributed to the widespread ignorance of the American people on the subject of vitamin D and natural immune-boosting defenses that could reduce swine flu fatalities. Rather than informing readers, the MSM has made it a point to keep the people stupid, and in doing so, the media has failed its only mission and betrayed the very audience is claims to serve.