Half of U.S. Kids on Food Stamps 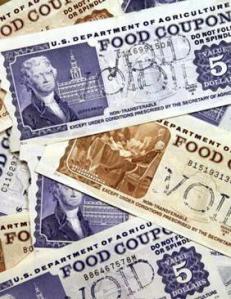 Nearly half of all U.S. children and 90 percent of black youngsters will be on food stamps at some point during childhood, and fallout from the current recession could push those numbers even higher, researchers say.

The estimate comes from an analysis of 30 years of national data, and it bolsters other recent evidence on the pervasiveness of youngsters at economic risk.  It suggests that almost everyone knows a family who has received food stamps, or will in the future, said lead author Mark Rank, a sociologist at Washington University in St. Louis.

“Your neighbor may be using some of these programs but it’s not the kind of thing people want to talk about,” Rank said.

The analysis was released Monday in the November issue of Archives of Pediatrics and Adolescent Medicine. The authors say it’s a medical issue pediatricians need to be aware of because children on food stamps are at risk for malnutrition and other ills linked with poverty.

“This is a real danger sign that we as a society need to do a lot more to protect children,” Rank said.

Food stamps are a Department of Agriculture program for low-income individuals and families, covering most foods although not prepared hot foods or alcohol. For a family of four to be eligible, their annual take-home pay can’t exceed about $22,000.

According to a USDA report released last month, 28.4 million Americans received food stamps in an average month in 2008, and about half were younger than age 18. The average monthly benefit per household totaled $222.

Rank and Cornell University sociologist Thomas Hirschl studied data from a nationally representative survey of 4,800 American households interviewed annually from 1968 through 1997 by the University of Michigan. About 18,000 adults and children were involved.

Overall, about 49 percent of all children were on food stamps at some point by the age of 20, the analysis found. That includes 90 percent of black children and 37 percent of whites. The analysis didn’t include other ethnic groups.

The time span included typical economic ups and downs, including the early 1980s recession. That means similar portions of children now and in the future will live in families receiving food stamps, although ongoing economic turmoil may increase the numbers, Rank said.

An editorial in the medical journal agreed.

“The current recession is likely to generate for children in the United States the greatest level of material deprivation that we will see in our professional lifetimes,” Stanford pediatrician Dr. Paul Wise wrote.

“I find it terribly sad, but not surprising,” Wise said.

James Weill, president of Food Research and Action Center, a Washington-based advocacy group, said the analysis underscores that “there are just very large numbers of people who rely on this program for a month, six months, a year.”

“What I hope comes out of this study is an understanding that food stamp beneficiaries aren’t them – they’re us,” Weill said.

The analysis is in line with other recent research suggesting that more than 40 percent of U.S. children will live in poverty or near-poverty by age 17; and that half will live at some point in a single-parent family. Also, other researchers have estimated that slightly more than half of adults will use food stamps at some point by age 65.

The study appearing in the Archives of Pediatrics and Adolescent Medicine has some caveats, however. The data used was collected between 1968 and 1998. Extrapolating the older data to current conditions may or may not produce accurate results, and the assumptions used to draw lifetime frequencies from annual data, especially for subgroups, raises some questions.