A Hole in the Night 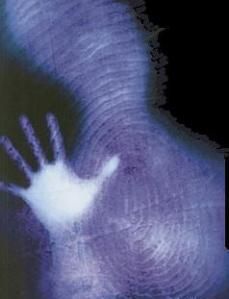 It all felt wild and uncontained, like on the playground. I was the outsider kid, wrong jacket, wrong hat. Or maybe I just stepped out of my car at the wrong time. With a whoop they were on me, surrounding me, laughing. What great fun.

Then one of them shoved me and I was off balance, stumbling, and I felt more shoves and they were saying something to me. They wanted my money, I guess. They weren’t going to get it. But what fun. I remember big, white-teeth grins, laughter, especially from the kid in the white hoodie. He’s the only one who looked me in the eye. He was laughing as he swung and connected with my cheekbone and I went down on a neighbor’s lawn.

They were dancing. Well, not really, but there was an exuberance to their footwork as they feinted toward me, stepped back. I thought White Hoodie was going to kick me and I realized, OK, they’re not going to let me get up. Even then I didn’t feel scared, though I was starting to get angry. I was at the center of their fun but I wasn’t having any fun. I roused myself to all fours and brayed like a goat. At least that’s how I remember it, as I write these words a day later. I made a noise. It was not a dignified noise, nor was it tentative, but something abrasive and raw. I was shouting for help. I know I shouted the word at least three times.

This is how lucky I am. I wasn’t walking down a deserted alley behind an abandoned warehouse at midnight. The time was only 9:15 p.m. and I was on a residential street on the North Side of Chicago and lights were on here and there and somebody could easily have heard me. The boys stopped dancing. This was no longer fun. They turned and ran and that was that. Still on hands and knees, I watched them disappear into the night.

OK, deep breath. I got up. My right cheekbone was pulsing and I rubbed it. I was three blocks from my house. I looked around and the night was silent. No one had come running. No one heard me. Yet it was over. Just yelling had been enough.

Two minutes of ruptured trust. I could still feel something deeply unpleasant in the air — could still sense the exuberance of the dancing boys, the wild playground glee of their assault. I felt shriveled and dazed, yet contained, oddly unharmed. Even the pain in my cheekbone was ebbing. My first thought was, well, that’s that. Just go home. I have a loner/stoic aspect to my personality. What happens to me is private: my own business. But the night continued to rush in through the hole the boys tore in it and I knew this wasn’t a private, passing event.

And then I saw a police car and before I knew it I had flagged it down. I heard myself stammer the details: “I’ve just been attacked.” I pointed in the direction I had come from. “No, I don’t think I could identify them.” But then I described the kid in the white hoodie. I hopped in the car and we drove around as the police radio blared. Two female officers. Their demeanor was dead serious, but respectful . . . even kind. “I’ve been in Chicago 33 years,” I said. They were listening. “This has never happened to me before.”

No sign of the boys. They took me home. They filled out a report and printed out a copy for me. That brief, malevolent interlude now had its own case number: HR-622921. It was in the system. Did I need an ambulance? No, I said. I’d forgotten about my bashed cheek. “You should put some ice on it,” one of the officers said.

Oh God. Suddenly I felt how big this all was. I groped for words. “This is so nuts,” I said. “I work with restorative justice. I want these kids to have a chance, to not get sucked up in the system.” The officer was still listening. She nodded her head with the same respectful seriousness.

This was someone who knew the darkness. Maybe she saw it, too. This was about more than just us vs. them and “get the punks.” I entered my house. I think of her now as an angel in a bulletproof vest.

It was something big, yes, but still just at the edge of nothing. I hadn’t been hurt or even robbed. So much worse happens all around me. I hadn’t been shot, stabbed or walloped with a baseball bat. The next day my neighbor told me that a former high school classmate of her daughter was recently murdered. My own daughter had a classmate who was murdered several years ago. Last year, 36 Chicago school kids were homicide victims.

And this is the thought that stays my anger, that holds my revenge fantasies in check. How have we managed to learn so little over the past 10 millennia of civilized violence, except how to do it on an industrial scale? We’re still in the kneejerk phase of human evolution, still clueless about the nature of power unless it goes bang.

Real power occurs in silence: the silence of reaching out, listening, understanding. And as I talk to people about my encounter, as the flow of love begins to heal the emotional rift, I feel silent determination grow inside me to stay the course of peace.

One response to “A Hole in the Night”