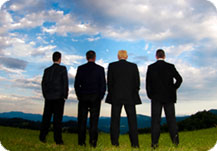 Monsanto’s aggressive control of markets and policy was in the spotlight this week in two places of import for its business: Iowa, and the community of nations gathered in Copenhagen. First, The Des Moines Register published an Associated Press expose, saying, “confidential contracts detailing Monsanto’s business practices reveal how the seed giant is squeezing competitors, controlling smaller companies and protecting its dominance over the multibillion-dollar market for genetically altered crops.” Kathryn Gilje, Executive Director of Pesticide Action Network North America, noted, “Monsanto has long used aggressive bully tactics to control the terms of farming and food around the world so that as our world gets hungrier and faces the climate crisis, their monopoly and revenue grow. This kind of bad behavior is long overdue for public scrutiny.”

As more of the company’s confidential licensing agreements have come to light, revealing harsh anti-competitive business practices, investigations have been launched by the U.S. Department of Justice (see story above) and at least two states’ attorneys general. The contracts give smaller companies the right to use Monsanto’s patented genes, but prohibit stacking them with genes from any of its competitors. Since 95% of U.S. soy and 80% of corn contain Monsanto’s traits, the contracts effectively lock any competitors out of the vast majority of the country’s seed market. Contract restrictions include use of research done by public institutions with taxpayer dollars. “We now believe that Monsanto has control over as much as 90 percent of [seed genetics],” said Neil Harl, an agricultural economist at Iowa State University who has studied the seed industry for decades. “This level of control is almost unbelievable.” In addition to choking out competitive research, the contracts give deep discounts to smaller seed sellers if Monsanto seeds make up at least 70% of their inventory. They also specify that any of these companies who change ownership have to destroy their inventory, effectively preventing anyone besides Monsanto from buying them out. In the last few years, Monsanto purchased over 200 companies, including a Brazilian sugarcane ethanol company, and continues to report record profits.

In Copenhagen on Tuesday, Monsanto won the “Angry Mermaid Award” for promoting its genetically engineered (GE) crops as the solution to climate change. People from around the world voted for the prize that activists bestow upon one corporation to highlight its role in either undermining the climate negotiations, or using them for corporate gain. Apparently unperturbed by the fact that GE soy plantations have been a major driver of deforestation and greenhouse gas emissions in Latin America, Monsanto continues to lobby for the eligibility of large-scale, plantation-style agrofuels as carbon credits to be funded under the climate agreement’s Clean Development Mechanisms.

For the first time ever, the U.S. Department of Justice is calling for public comment on how big business controls food and farming. The DOJ’s Antitrust Division is collecting input in preparation for “agricultural workshops” in early 2010 that will examine the extent of abusive anticompetitive behavior by agribusiness giants. In October, tens of thousands of people signed petitions circulated by several groups, including Pesticide Action Network, Food & Water Watch, World Hunger Year, and the National Family Farm Coalition, calling on President Obama’s antitrust chief, Christine Varney, to rigorously enforce antitrust law in the agricultural sector. “Start with Monsanto, the worst of the worst,” said some petitioners. Members of the U.S. Working Group on the Global Food Crisis are now encouraging public comments to DOJ with stories about how corporate control of the food system affects average citizens.  Issues of concern include how Monsanto controls the majority of soy and corn seed in the U.S.; why there are no requirements to list pesticides present in food, and the revolving door between government agencies and regulated corporations. Others are focusing on confined animal feeding operations, destruction of smaller seed companies and family farms, and food safety. Comments to DOJ are due by December 31.

shareMORE Submit your comments to DOJ by Dec. 31

2 responses to “Monsanto’s monopoly exposed in Iowa and Copenhagen”