Well, this is fun. After five years of research, writing and ‘rithmatic, a piece of mine went truly viral. Global Report produced this 2-min news video:

Three Approved GMOs Linked to Organ Damage has been posted on a hundred websites (and counting) around the globe — from humble blogs to massively popular sites like Global Research, TruthOut, Democratic Underground (thank you, ensho!), Facebook, Sign of the Times and Organic Consumers Assn. Two for-profit news sources even posted it – one in Puerto Vallarta, Mexico. (Show me the money!) Check out the graphic that Banderas News used – it’s effective propaganda: funny and scary. The article appears in Africa, South America and Europe.

I submitted Three GMOs to about 30 sites, and half of them posted it. Then others copied their post. Dissident Voice got the most reposts, followed by Global Research, then Blacklisted News.  Expert validation came when Dr. Mercola posted it on his site (phew – that’s always appreciated when an expert gives the nod to a lay person’s analysis of scientific studies).

I sincerely appreciate all those who posted it or passed it on via email or other network tools. Special thanks goes to our very own Oz, who gave me the lead.

I cringe, tho, because the version submitted and widely disseminated is not the best. The one here on COTO (which is identical to the Food Freedom version), I continued to revise until satisfied. Somehow, I cannot seem to finish a piece until after it’s up for a few days. Only then do awkward sentences jump out at me.

Another writer’s lesson: Three of the sites slightly tweaked my piece – each in different ways, and each for the better. That’s partly why the COTO version is the best. Every writer needs an editor. It’s a luxury few of us can afford, but what a boon when you get seasoned editorial feedback. 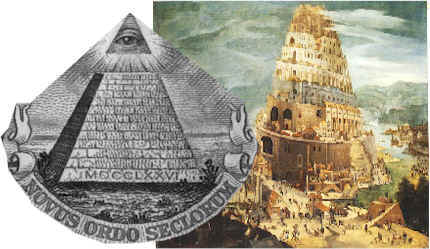 Also see his latest film, The Calling, which is a condensed version of three of his films, The Big Picture, Fight the NWO with Global Non Compliance, and NWO: The Final Solution. Hat tip to Megan ‘Verb’ Kargher. It’s nice to know people who know people.

It’s also nice to have a piece go viral. That’s a real morale booster. The power of hundreds of bloggers repeating info for their separate audiences maximizes the reach of the message.  We may not own public airwaves anymore, but the Fourth Estate lives and thrives in the blogosphere. I firmly believe the work we are doing here is vitally important.

Thank you, to all of you… viva la resistance!