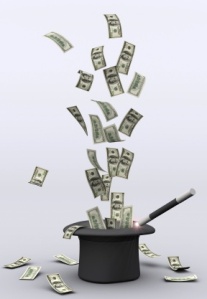 Senate Banking Committee Chairman Chris Dodd (D-CT) unveiled his latest financial reform proposal on Monday, and the stakes for the new legislation couldn’t be higher. After consumer groups raised a major ruckus, Dodd has dropped one of his most egregious concessions to the bank lobby—cutting enforcement authority from the proposed Consumer Financial Protection Agency (CFPA). That’s good news: Without a major regulatory overhaul, the U.S. economy’s destructive boom and bust cycle will start all over again.

We’ve been down this road before. The Enron fiasco should have served as a wake-up call for policymakers, but instead, the weak federal response to Enron’s major fraud helped pave the way for the current economic slump.

What does Enron have to do with the crisis?

As Megan Carpentier emphasizes for The Washington Independent, one of the key “reforms” Congress enacted in the Enron aftermath was a law requiring every CEO to sign-off on their company’s accounting statements—but it has accomplished almost nothing.

Enron collapsed due to accounting fraud. Its executives weren’t stupid or careless—they made their money by engaging in deliberate and coordinated acts of illegal deception. But CEOs of companies like Enron had always been able to deny that they knew about the shenanigans that were playing out in their accounting departments. By forcing CEOs to sign off on their accounting statements, Congress was attempting to “deny them plausible deniability,” as Carpentier puts it.

But accounting fraud has plagued the U.S. economy, even after the Enron scandal. It also plays a major role in the Wall Street crisis. A recent court report from Lehman Brothers’ bankruptcy examiner reveals that the company arranged a series of complicated transactions to hide $50 billion in debt, making Lehman appear healthier than it was. By hiding this debt, Lehman was able to make bigger bets on the mortgage market. The defense issued by Lehman CEO Richard Fuld? He apparently didn’t know the accounting hijinks were happening

An epidemic of fraud

Most U.S. policymakers are still having a hard time coming to grips with the fact that our financial system is rife with fraud at almost every level. Writing for AlterNet, Joe Costello reports on a recent Roosevelt Institute conference featuring several major economic luminaries. Costello argues that some of Wall Street’s biggest problems were driven by run-of-the-mill fraud. And a key vehicle for this fraud, Costello notes, was the derivatives market—the same market that allowed Enron to perpetrate its own frauds. Many of the scams aren’t even particularly new or creative. They’re simply the same cons that helped usher in the Great Depression.

But astonishingly, even after the worst financial crisis in history, bigwig bankers have been able to avoid fraud charges and investigations. Even when the Justice Department went after Swiss banking Giant UBS for a massive tax evasion scheme, they let the company’s U.S. executives off the hook and instead jailed the very whistleblower who told the government about the fraud.

The whistleblower, Bradley Birkenfeld, is by no means innocent of wrongdoing—he even smuggled diamonds in a toothpaste container for a wealthy UBS client. But as Corbin Hiarr notes for Mother Jones, jailing the man who blows the whistle sends exactly the wrong message to anybody in Big Finance who recognizes a problem. Not only will your employer come at you with everything it has, but the government you aid will actually send you to prison. The fraudsters you finger get to retire to the Caymans.

This is part of the reason that successful financial reform is not just what the rules are, but who gets to enforce them. There were many reasonable rules against predatory lending that bank regulators at the Federal Reserve and the Office of the Comptroller of the Currency (OCC) could have used to thwart the financial crisis early on, but neither agency was interested in doing so. They were more concerned with short-term banking profits, and up until 2007, sketchy accounting was allowing banks to book big gains on the subprime market.

Why we need a CFPA

That’s why all the way back in June of 2009, President Barack Obama proposed establishing a CFPA focused exclusively on defending consumers against banks. With no concerns for bank profitability, CFPA regulators could go after unfair practices and fraud because they were wrong, regardless of what they did for bank balance sheets.

The proposal was watered down significantly in the House, as Kai Wright notes for The Nation, and just a week ago it appeared that Dodd was ready to completely torpedo the new regulator in an effort to craft bipartisan support for a so-called “reform” bill.

He’s backed off since then, but without strong enforcement authority, nothing is gained—the same corrupt regulators will simply continue to look the other way. But Dodd would still house the new agency at the Federal Reserve. Dodd insists the Fed would have no authority over the CPFA, but if that were the case, why would he introduce the provision at all?

“Reform in name alone will be useless to both consumers and politicians,” writes Wright.

Strong financial reform is overwhelmingly popular. While it’s good to see Dodd backing away from some of the gifts he’d previously proposed to bank lobbyists, progressives must keep the pressure high to ensure that financial reform is strengthened as it moves through the Senate.

It’s easy for a corrupt lawmaker to vote against a weak bill: He can always plead that the bill wasn’t good enough and be right. But serious, popular reform is not so easy to oppose. If Dodd and the Democratic leadership make the politicians backed by the bank lobby—that’s literally every Republican, plus a handful of conservative Democrats—stand up and vote against a good bill, many of them will have to choose between their lobbyist friends and their political future.

This post features links to the best independent, progressive reporting about the economy by members of The Media Consortium. It is free to reprint.