Despite declining bee and butterfly populations from agricultural chemicals, on Saturday the US Senate approved President Barack Obama’s nomination for chief agricultural negotiator in the Office of the U.S. Trade Representative, Monsanto lobbyist Islam Siddiqui.

“Dr. Siddiqui’s confirmation is a step backward,” said Tierra Curry, a scientist at the Center for Biological Diversity (the “Center”). “His appointment ensures the perpetuation of pesticide- and fossil-fuel-intensive policies, which undermine global food security and imperil public health and wildlife.”

As undersecretary for marketing and regulatory programs at the U.S. Department of Agriculture, Siddiqui oversaw the development of the first national organic labeling standards, which allowed sewage sludge-fertilized, genetically modified, and irradiated food to be labeled as organic, reports the Center. After a nationwide campaign by the Organic Consumers Association (OCA) in which the USDA was deluged with 280,000 irate letters and emails, Siddiqui, Monsanto, and the USDA backed off.

Apparently to no avail.

Siddiqui is a former pesticide lobbyist and is currently vice president of science and regulatory affairs at CropLife America, a biotech and pesticide trade group that lobbies to weaken environmental laws. He takes the absurd position that pesticides are not pollutants because they’re not intended to be pollutants.

He also posits that regulations of pesticide use in the name of human health and other concerns violates international trade laws. Spoken like a true corporatist: profits supercede health.

CropLife has lobbied to allow pesticides to be tested on children and to allow the continued use of persistent organic pollutants and ozone-depleting chemicals, like methyl bromide, Pesticide Action Network reports. It also launched a petition asking Michelle Obama to use pesticides in the organic White House garden and fought county initiatives in California banning genetically modified foods. 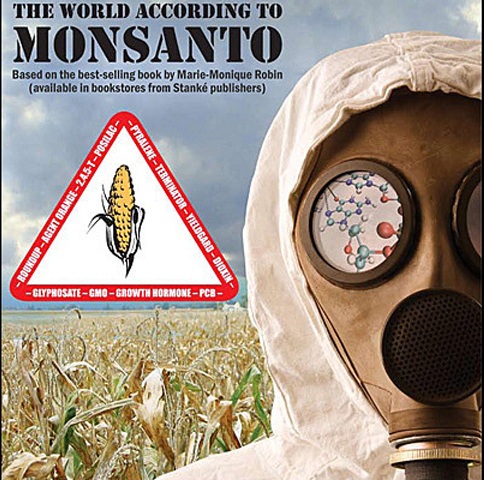 Siddiqui vowed to further pressure the European Union to accept more genetically modified crops (GMOs). As an Indian-American, Siddiqui’s appointment will likely assist Monsanto’s spread in India, where the press already welcomes him. In February, we saw a dramatic power play between the biotech industry, along with its supporting governmental agencies, and a well-organized public resistance to the spread of GMOs. The dynamic is ongoing, with one vote set for April 14.

Choosing Siddiqui, according to OCA, “signals to the rest of the world that the United States plans to continue down the failed path of high-input and energy-intensive industrial agriculture by promoting toxic pesticides, inappropriate seed biotechnologies and unfair trade agreements on nations that do not want and can least afford them.”

In a related current event, biotech ag developers and investors are buying up parcels of land throughout the economically depressed city of Detroit, Michigan, which was once the fourth most-populated city in the U.S. Lots are monocultured with genetically modified corn for use as a biofuel, or monocultured with organic vegies for food, or with trees.

Several questions arise with this plan. Is biotech the best use of that land, considering all the petro-ag chemicals that will toxify the lake and the groundwater? Also consider that that land and water table have had decades of industrial waste abuse, and now will endure chemical runoff. How lot owners plan to protect organic lots from contamination by petro-ag chemicals remains to be seen.

When biotech ag developers go after the land of poor folks (as in Africa or India, Brazil or Peru), poor folks lose. One has to wonder if in the Detroit experiment we see a recipe for Love Canal, Motown Style.

Ethan Huff, Investors are buying up Detroit and turning it into farmland, Natural News, 27 Mar 2010.

Frosty Woolridge, Woolridge Report of Detroit and Why the US Is Next, Oct 2009.