The land of national health care 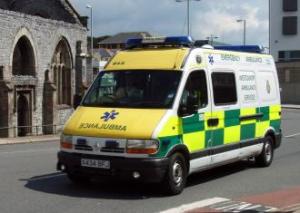 DURING THE three years I’ve been in treatment at Barts for multiple myeloma, I’ve given thanks many times to Britain’s National Health Service (NHS) and the people who built and sustain it. Since I grew up in the United States and still have close friends and family there, I’m acutely aware of how different things might have been.

Stark and simple comparisons reveal some of the basic advantages of the NHS. Though the U.S. spends a much greater proportion of its wealth on health care (15.3 percent of GDP to Britain ‘s 8.2 percent), many of its key health indicators are poorer.

Americans pay more for their health care and get less in return because, instead of a taxpayer-funded national health service, the U.S. has a “free market” system dominated by private health insurance companies. A system which adds not only cost, but the anxiety of cost, to every medical transaction.

Fifteen percent–46 million–Americans have no health insurance. They either pay the full cost of medical treatment, rely on charity or go without. Each year 18,000 deaths occur because people have been forced to go without. Not surprisingly, the death rate of the uninsured exceeds the insured by 25 percent. And the uninsured are not a fixed sub-stratum. Over 1 million workers lost their health care coverage in the first three months of last year alone.

As viewers of Michael Moore’s Sicko will be well aware, in the U.S., the plight of the insured is often no better than the uninsured. Of the 2 million Americans who went bankrupt because of medical bills in 2008, three quarters had health insurance.

Most Americans secure health coverage through their employers and pay contributions towards their premiums from their wages (over and above taxes), on average some $3000 per year (and rising sharply in recent times). However, what they get for those premiums is highly variable: what is and isn’t covered, to what extent it’s covered, with what restrictions and loopholes.

Nearly all insurance plans require the patient to pay some of the cost of treatment. “Co-payments” for medications can be an insupportable burden. It’s not unusual for cancer patients to face pharmacy bills of $50,000 per year.

Even on the government-run Medicare program, a single cancer drug can leave a patient out of pocket by $800 per month. New targeted therapies can cost five times as much. Inevitably, patients try to reduce costs by reducing their medications, which may then lead to hospitalization and still greater costs.

“Cancer patients too often find out that their insurance doesn’t protect them when they need care the most,” said John R. Seffrin, chief executive of the American Cancer Society. “High out-of-pocket costs coupled with the high cost of insurance premiums can force cancer patients to incur huge debt, and to delay or forgo life-saving treatments.”

THOSE WHO have been diagnosed with a serious and therefore “expensive” illness, like cancer, often find insurance companies either unwilling to cover them or demanding unaffordable premiums. One in ten people with cancer said they could not get health coverage at all; 6 percent said they actually lost their coverage because of their diagnosis.

Many companies respond to diagnoses of serious illness by immediately reviewing the patient’s initial application for insurance–in the hopes of finding evidence of a failure to declare a pre-existing condition, which, however minor or unrelated to the newly diagnosed illness, may give them an excuse to deny or revoke coverage.

The U.S. system is not only chaotic and cruelly unreliable, it’s extraordinarily and unnecessarily expensive. Only 65-75 percent of the revenue from premiums actually goes to paying for health care. Twenty-five to 35 percent goes on administration (not of health care but of the insurance schemes themselves, including large executive salaries and bonuses). Five percent or more is siphoned off as profit.

Last year, the USA’s five-biggest insurance companies set an all-time record for combined profits of $12.2 billion–a 56 percent increase over 2008. In the same year, however, they dropped 2.7 million customers from their rolls. Now these companies are clamoring for premium increases of 20-50 percent–to extract greater profits from insuring fewer people less comprehensively.

These companies have spent millions on attacking President Obama’s health care reform bill. Their campaign has spread scare stories about the British NHS as an example of the evils of “socialized medicine.” Americans have been told that the NHS is presided over by “death panels” that withhold treatment from elderly or terminally ill patients; the NHS is described as a health “dictatorship” under which cancer patients routinely linger on endless waiting-lists.

LIKE OTHER NHS patients, I know from my own experience what nonsense this is. At Barts I’ve been treated with assiduous care by an amazingly skilled and committed staff. I’ve benefited from cutting-edge therapies, multi-disciplinary approaches and strong communication among and between doctors, nurses and other staff. I’ve been given choices and I’ve been helped to make them.

And of course, not once has cost been a consideration. All the consultations and procedures, the lab work, the technicians’ time, the prescriptions and medications, and not once have I even had to fill in a claim form. That’s hard for someone trapped in the U.S. system to comprehend.

At one point I needed an allogeneic stem cell transplant. A sister who lives in California proved a match and flew over to act as a donor. The cost of her flight was paid for by the NHS and at Barts she was welcomed, made comfortable and given every assistance in assisting me. However, in the U.S. she and my other siblings each had to pay bills of several hundred dollars just to be tested to see if they might be a match.

At Barts, I know I’m being treated as of right, simply because I’m a person in need living in its catchment area. In the U.S., my treatment would be dependent on my means. It’s a service I would have to purchase, one way or another. That difference has an inevitable impact on both patients and health care staff.

It’s tragic that so many Americans have fallen for the insurance companies’ self-serving propaganda. Obama’s reforms are in fact quite modest. They do not come close to establishing a national health service (a plan for a “public option” to compete with the private insurers was dropped) or provide the kind of universally accessible health care available in every other major industrialized country.

They would, however, extend coverage to the bulk of those currently uninsured, stop insurers from discriminating against people with pre-existing conditions, and curb many of the industry’s worst practices and highest prices, while leaving private insurers at the heart of the system.

Obama’s opponents raise fears of a state “take over” of health, thereby hoping to blind Americans to the realities of the current private sector “take over,” in which insurance companies do indeed operate what are in effect “death panels.”

We in Britain should be grateful we’ve been spared this particular American nightmare, but we shouldn’t be complacent. All the political parties promise to protect the NHS in the coming bout of spending cuts, but in reality the NHS is already being subject to a severe financial squeeze; services and jobs are being lost.

After the election, the NHS will be asked to make bigger savings. i.e. deeper cuts. Health workers’ wages will suffer and the private sector will further penetrate the NHS at various levels, from primary care to specialist services to hospital finance. Unless we stop it.

The NHS–and all that makes it better than the U.S. system–cannot be taken for granted.