Dept of Justice snared in fraud over Pfizer prosecution: ‘Too big to nail!’ 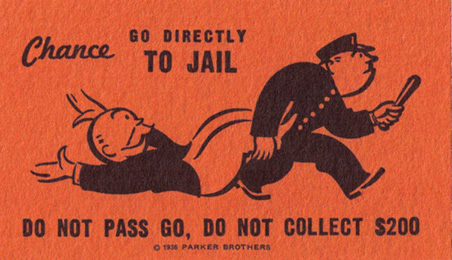 Last September, we reported “Pfizer slapped with $2.3 billion fine for illegally dealing drugs.” No one went to jail and Pfizer paid a tiny portion of its profits from illegally dealing Bextra from 2001 thru 2005.  In 2005 alone, Pfizer made $1.7 billion on that drug. Now, CNN has revealed that the Department of Justice allowed Pfizer to set up a dummy corporation to take the rap, so that Pfizer could maintain its Medicare and Medicaid contracts.

On April 2nd, CNN reported, “when it came to prosecuting Pfizer for its fraudulent marketing, the pharmaceutical giant had a trump card: Just as the giant banks on Wall Street were deemed too big to fail, Pfizer was considered too big to nail.

“Why? Because any company convicted of a major health care fraud is automatically excluded from Medicare and Medicaid. Convicting Pfizer on Bextra would prevent the company from billing federal health programs for any of its products. It would be a corporate death sentence.”

“Prosecutors said that excluding Pfizer would most likely lead to Pfizer’s collapse, with collateral consequences: disrupting the flow of Pfizer products to Medicare and Medicaid recipients, causing the loss of jobs including those of Pfizer employees who were not involved in the fraud, and causing significant losses for Pfizer shareholders.”

No wonder Shakespeare said, “First, let’s kill all the lawyers.” When did federal prosecutors gain the legal right to take monetary consideration into mind when laws have been broken? ‘Too big to nail’ is as bogus as is ‘too big to fail.’

White collar crime; you don’t do the time. ~Grace Jones

“Becky McClain, [an award-winning] molecular biologist from Deep River, Connecticut, filed a lawsuit against Pfizer in 2007, claiming she had been wrongly terminated for complaining about faulty safety equipment that allowed a ‘dangerous lentivirus’ to infect her and some of her colleagues.”

In one instance, reports Steve Zeltzer, the virus was left “on a counter outside the lab where workers ate and drank.”

“If a worker in a plant as sophisticated as Pfizer is becoming infected with a genetically engineered virus, then I think the potential is everywhere,” said Jeremy Gruber, president of the Council for Responsible Genetics,” reports Hartford Courant.

McClain was awarded a paltry $1.37 million, plus punitive damages yet to be announced.

Honest citizens have to wonder about any corporation with this propensity for fraud being allowed anywhere near our health care system. We have yet another example that the US federal government is run by criminal interests.

11 responses to “Dept of Justice snared in fraud over Pfizer prosecution: ‘Too big to nail!’”