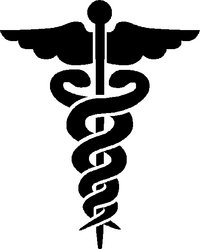 The oil spill in the Gulf of Mexico poses direct threats to human health from inhalation or dermal contact with the oil and dispersant chemicals, and indirect threats to seafood safety and mental health. Physicians should be familiar with health effects from oil spills to appropriately advise, diagnose, and treat patients who live and work along the Gulf Coast or wherever a major oil spill occurs.

The main components of crude oil are aliphatic and aromatic hydrocarbons.1 Lower-molecular-weight aromatics—such as benzene, toluene, and xylene—are volatile organic compounds (VOCs) and evaporate within hours after the oil reaches the surface. Volatile organic compounds can cause respiratory irritation and central nervous system (CNS) depression. Benzene is known to cause leukemia in humans, and toluene is a recognized teratogen at high doses.1 Higher-molecular-weight chemicals such as naphthalene evaporate more slowly. Naphthalene is listed by the National Toxicology Program as “reasonably anticipated to cause cancer in humans” based on olfactory neuroblastomas, nasal tumors, and lung cancers in animals.2

Oil can also release hydrogen sulfide gas and contains traces of heavy metals, as well as nonvolatile polycyclic aromatic hydrocarbons (PAHs) that can contaminate the food chain. Hydrogen sulfide gas is neurotoxic and has been linked to both acute and chronic CNS effects; PAHs include mutagens and probable carcinogens.1 Burning oil generates particulate matter, which is associated with cardiac and respiratory symptoms and premature mortality.

The Gulf oil spill is unique because of the large-scale use of dispersants to break up the oil slick. By late July, more than 1.8 million gallons of dispersant had been applied in the Gulf. Dispersants contain detergents, surfactants, and petroleum distillates, including respiratory irritants such as 2-butoxyethanol, propylene glycol, and sulfonic acid salts.

In Louisiana in the early months of the oil spill, more than 300 individuals, three-fourths of whom were cleanup workers, sought medical care for constitutional symptoms such as headaches, dizziness, nausea, vomiting, cough, respiratory distress, and chest pain. These symptoms are typical of acute exposure to hydrocarbons or hydrogen sulfide, but it is difficult to clinically distinguish toxic symptoms from other common illnesses.1

The US Environmental Protection Agency (EPA) set up an air monitoring network to test for VOCs, particulate matter, hydrogen sulfide, and naphthalene. A Centers for Disease Control and Prevention analysis of the EPA data concluded: “The levels of some of the pollutants that have been reported to date may cause temporary eye, nose, or throat irritation, nausea, or headaches, but are not thought to be high enough to cause long-term harm.”3 Data posted on BP’s Web site suggest that air quality for workers offshore is worse than on land. Local temperatures pose a risk of heat-related illness, which is exacerbated by wearing coveralls and respirators, implying a trade-off between protection from chemical hazards and heat.

Skin contact with oil and dispersants causes defatting, resulting in dermatitis and secondary skin infections. Some individuals may develop a dermal hypersensitivity reaction, erythema, edema, burning sensations, or a follicular rash. Some hydrocarbons are phototoxic.

In the near term, various hydrocarbons from the oil will contaminate fish and shellfish. Although vertebrate marine life can clear PAHs from their system, these chemicals accumulate for years in invertebrates.4 The Gulf provides about two-thirds of the oysters in the United States and is a major fishery for shrimp and crab. Trace amounts of cadmium, mercury, and lead occur in crude oil and can accumulate over time in fish tissues, potentially increasing future health hazards from consumption of large fin fish such as tuna and mackerel.

After the Exxon Valdez oil spill in 1989, a total of 1811 workers’ compensation claims were filed by cleanup workers; most were for acute injuries but 15% were for respiratory problems and 2% for dermatitis.5 No information is available in the peer-reviewed literature about longer-term health effects of this spill. A survey of the health status of workers 14 years after the cleanup found a greater prevalence of symptoms of chronic airway disease among workers with high oil exposures, as well as self-reports of neurological impairment and multiple chemical sensitivity.6

A study of 858 individuals involved in the cleanup of the Prestige oil spill in Spain in 2002 investigated acute genetic toxicity in volunteers and workers. Increased DNA damage, as assessed by the Comet assay, was found in volunteers, especially in those working on the beaches.7 In the same study, workers had lower levels of CD4 cells, IL-2, IL-4, IL-10, and interferon compared with their own preexposure levels.

Clinicians should be aware of toxicity from exposures to oil and related chemicals. Patients presenting with constitutional symptoms should be asked about occupational exposures and location of residence. The physical examination should focus on the skin, respiratory tract, and neurological system, documenting any signs that could be associated with oil-related chemicals. Care consists primarily of documentation of signs and symptoms, evaluation to rule out or treat other potential causes of the symptoms, removal from exposure, and supportive care.

Prevention of illness from oil and related chemicals on the Gulf Coast during the cleanup period includes proper protective equipment for workers and common-sense precautions for community residents. Workers require proper training and equipment that includes boots, gloves, coveralls, and safety glasses, as well as respirators when potentially hazardous levels of airborne vapors, aerosols, or particulate matter exist. Workers should also take precautions to avoid heat-related illness (rest breaks and drinking sufficient fluids). All worker injuries and illnesses should be reported to ensure proper tracking.

Community residents should not fish in off-limit areas or where there is evidence of oil. Fish or shellfish with an oily odor should be discarded. Direct skin contact with contaminated water, oil, or tar balls should be avoided. If community residents notice a strong odor of oil or chemicals and are concerned about health effects, they should seek refuge in an air-conditioned environment. Interventions to address mental health in the local population should be incorporated into clinical and public health response efforts. Over the longer term, cohort studies of Gulf cleanup workers and local residents will greatly enhance the scientific data on the health sequelae of oil spills.

6 responses to “JAMA: Health Effects of the Gulf Oil Spill”