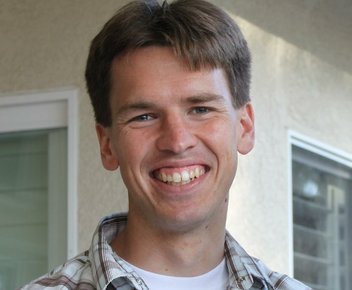 Do passengers have a right to refuse security checks?

The Transportation Security Administration has opened an investigation targeting John Tyner, the Oceanside man who left Lindbergh Field under duress on Saturday morning after refusing to undertake a full body scan.

Tyner recorded the half-hour long encounter on his cell phone and later posted it to his personal blog, along with an extensive account of the incident. The blog went viral, attracting hundreds of thousands of readers and thousands of comments.

Michael J. Aguilar, chief of the TSA office in San Diego, called a news conference at the airport Monday afternoon to announce the probe. He said the investigation could lead to prosecution and civil penalties of up to $11,000.

TSA agents had told Tyner on Saturday that he could be fined up to $10,000.

“That’s the old fine,” Aguilar said. “It has been increased.”

Tyner’s stand tapped into an undercurrent of resentment toward the TSA and how security checks are conducted at the nation’s airports. Those commenting about Tyner’s experience at SignOnSanDiego.com told their own stories of personal humiliations and invasive body searches.

“The bottom line is, if somebody doesn’t go through proper security screening, they’re not going to go on the flight,” Pistole said.

Other news websites, from gri.pe to Yahoo! News to Drudge Report, have consumed Tyner’s tale and recirculated it to millions of readers. On Monday, Tyner spent the entire day fielding interviews from television, radio and news agencies.

Tyner, 31, was on his way to South Dakota on Saturday to go pheasant hunting. He was chosen for a full-body scan and opted out because he thought it was invasive. He was then informed that he would be subjected to a body search. He told the TSA agent, “”You touch my junk and I’m going to have you arrested.”

Tyner likened the proposed search procedure to a “sexual assault.”

When he tried to assert his rights, Tyner was told by a TSA supervisor on tape, “By buying your ticket you gave up a lot of rights.”

Aguilar says that Tyner was facing nothing more than the traditional pat-down that TSA has used for some time, and not a more aggressive body search in effect since late October.

In the end, security escorted Tyner out of the airport, after American Airlines refunded his ticket.

According to Aguilar, Tyner is under investigation for leaving the security area without permission. That’s prohibited, among other reasons, to prevent potential terrorists from entering security, gaining information, and leaving.

Since Saturday, Tyner’s story has added fuel to the Opt Out Day movement which is calling on air travelers to choose not to undergo the full-body scans on Nov. 24, the day before Thanksgiving and traditionally one of the year’s top travel days.

Since the rollout of the imaging scanners there has been controversy over the quality of the images, which show limited details of a person’s entire body, and the possible saving of the images – something TSA has denied is possible.

The level of exposure to radiation has also been an issue for many.

Aguilar cautioned against the scanner boycott. He said he is aware of a backlash.

“Let me paraphrase our new administrator, John Pistole,” said Aguilar. “It really is irresponsible to encourage anyone to opt out of a technology that is there in place specifically to protect the public.”

In late October, TSA added another layer of security, the resolution pat-down, which requires TSA agents to grasp the body of the subject more firmly when running hands over limbs and also requires probing up to the genital areas of the body.

Aguilar said that once a passenger enters the security area, there is a legal obligation to follow through with the process.

While a passenger can, like Tyner, ask to opt-out of the full body scan, they must walk through the traditional metal scanner and then, at the discretion of the TSA, undergo a pat-down search.

Aguilar said the aggressive body search is not designed as an inducement for passengers to opt into the full body scan. Aguilar said that since the resolution pat-downs began, there have been only four in San Diego.

And even though there are 10 full-body scanners stationed throughout San Diego’s airport, it is rare to see more than one in operation in a security area. The TSA staff does not yet have enough trained people to operate them, Aguilar said.

Only about 4 percent of San Diego’s passengers undergo the full body scan at this point, Aguilar said.