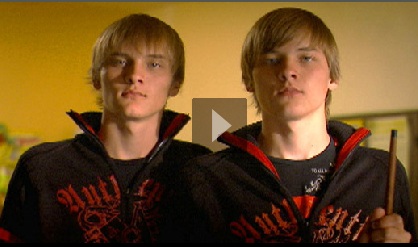 The Nazi doctor Josef Mengele is responsible for the astonishing number of twins in a small Brazilian town, an Argentine historian has claimed.

The steely hearted “Angel of Death”, whose mission was to create a master race fit for the Third Reich, was the resident medic at Auschwitz from May 1943 until his flight in the face of the Red Army advance in January 1945. His task was to carry out experiments to discover by what method of genetic quirk twins were produced – and then to artificially increase the Aryan birthrate for his master, Adolf Hitler.

For years scientists have failed to discover why as many as one in five pregnancies in a small Brazilian town have resulted in twins – most of them blond haired and blue eyed.

But residents of Candido Godoi now claim that Mengele made repeated visits there in the early 1960s, posing at first as a vet but then offering medical treatment to the women of the town.

Shuttling between Argentina, Paraguay and Brazil, he managed to evade justice before his death in 1979, but his dreams of a Nazi master race appeared unfulfilled. 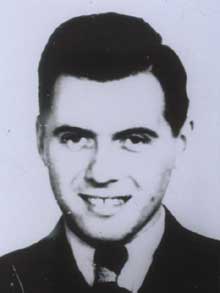 In the book, Mengele: the Angel of Death in South America (NORMA, 2008), the Argentine historian Jorge Camarasa, a specialist in the post-war Nazi flight to South America, has painstakingly pieced together the Nazi doctor’s mysterious later years.

After speaking to the townspeople of Candido Godoi, he is convinced that Mengele continued his genetic experiments with twins – with startling results.

He reveals how, after working with cattle farmers in Argentina to increase their stock, Mengele fled the country after fellow Nazi, Adolf Eichmann, was kidnapped by Israeli agents.

He claims that Mengele found refuge in the German enclave of Colonias Unidas, Paraguay, and from there, in 1963, began to make regular trips to another predominantly German community just over the border in Brazil – the farming community of Candido Godoi.

And, Mr Camaras claims, it was here that soon after the birthrate of twins began to spiral.

“I think Candido Godoi may have been Mengele’s laboratory, where he finally managed to fulfil his dreams of creating a master race of blond haired, blue eyed Aryans,” he said.

“There is testimony that he attended women, followed their pregnancies, treated them with new types of drugs and preparations, that he talked of artificial insemination in human beings, and that he continued working with animals, proclaiming that he was capable of getting cows to produce male twins.”

One in five pregnancies in Candido Godoi, Brazil have resulted in twins – most of them blond haired and blue eyed.

The urbane German who arrived in Candido Godoi was remembered with fondness by many of the townspeople.

“He told us he was a vet,” said Aloisi Finkler, a local farmer interviewed by Mr Camarasa. “He asked about illnesses we had among our animals, and told us not to worry, he could cure them. He appeared a cultured and dignified man.”

Another farmer, Leonardo Boufler, said: “He went from farm to farm checking the animals. He checked them for TB, and injected those that were infected. He said he could carry out artificial insemination of cows and humans, which we thought impossible as in those days it was unheard of.”

But the Nazi eugenicist did not concentrate on animals alone.

A former mayor and town doctor, Anencia Flores da Silva, set out to try to solve the town’s mystery. He interviewed hundreds of people, and discovered one character who crept on cropping up: an itinerant medic calling himself Rudolph Weiss.

Dr da Silva said: “In the testimonies we collected we came across women who were treated by him, he appeared to be some sort of rural medic who went from house to house. He attended women who had varicose veins and gave them a potion which he carried in a bottle, or tablets which he brought with him. Sometimes he carried out dental work, and everyone remembers he used to take blood.”

The people of Candido Godoi now largely accept that a Nazi war criminal was an inadvertent guest of theirs for several years in the early 1960s. The town’s official crest shows two identical profiles and a road sign welcomes visitors to a “Farming Community and Land of the Twins”. There is also a museum, the House of the Twins.

While the twins birthrate varies widely in different countries, it is typically about one in 80 pregnancies – a statistic that has left Mr Camarasa certain in his claim that Mengele was successfully pursuing his dreams of creating a master race, a real-life Boys from Brazil.

“Nobody knows for sure exactly what date Mengele arrived in Candido Godoi, but the first twins were born in 1963, the year in which we first hear reports of his presence,” he said.

It is [in South America] that the medic, who is believed to have been responsible for up to 400,000 deaths in medical experiments at Auschwitz, may have succeeded in his [genetic] mission.

Baffled scientists had been struggling to come up with a reason for the high proportion twins in the tiny Brazilian town of Candido Godoi – most  of  them blond-haired and blue-eyed. 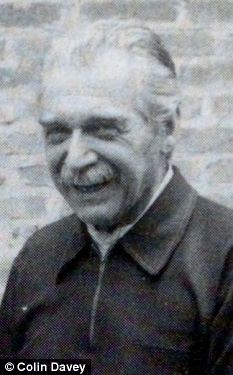 Mengele lived in freedom in Brazil for 18 years. He drowned in a swimming accident there in 1979 when he was 68.

Genetic tests were carried out on the remains to prove Mengele died thereby bringing to an end decades of rumours that he was still alive with reported sighting from places as far apart as Portugal and the U.S.

The 1978 feature film The Boys From Brazil had as its plot Mengele hiding in South America with plans to begin a Fourth Reich with other Nazi sympathisers. The plan of Mengele, played by Gregory Peck, is to recreate the childhood of Hitler for the 95 young boys he cloned from the Nazi leader.

Ed.  National Geographic reports about a Jewish scientist who asserts this is a myth, and also gives stroke as a cause of death; not drowning. Excerpts:

The town’s baptismal records date back to 1927, long before Mengele’s supposed arrival—and so does the exceptional rate of twinning, the team discovered.

Furthermore, the records show no “surge” in twinning in the 1960s, when Mengele is said to have experimented on the local populace, the study says.

Also, the high rate of twin births continues today, which rules out a role for Mengele, the researchers say.

Had Mengele injected mothers with something to alter their pregnancies, the twin rate should have dropped off when his supposed work stopped.

“Even if Mengele had ovulation induction drugs available, they would have had an effect only on the immediate recipients for one generation,” said Gary Steinman, a twinning expert at Long Island Jewish Medical Center.

“It was not even known to anyone what the genetic code was at that time, let alone the ability to alter genes, which would have been necessary to carry over the twinning trait to future generations.”

Steinman was not part of the Brazilian team’s initial research, but he’s now helping them search for genetic clues to the phenomenon.

If Not Mengele, Who?

One clue in the baptismal records may hold the real key to Cândido Godói’s twins.

The greatest incidence of twinning, by far, is in the Linha São Pedro district, some 6 miles (10 kilometers) from the town center, the researchers found.

The neighborhood was settled in the early 20th century by just eight families. Today Linha São Pedro’s 80 households are home to 44 pairs of twins.

The community’s isolation and small size suggests an evolutionary origin for Linha São Pedro’s outsize twin population. If a small group settles a region and the settlement remains isolated for generations, the original settlers’ biological quirks tend to be passed down as the same families intermarry over and over—geneticists call it the founder effect.

“By chance, one or two members of these families that started Linha São Pedro could have a genetic of predisposition to have twin births,” Schuler-Faccini speculated.