Who Precisely Is Attacking the World? 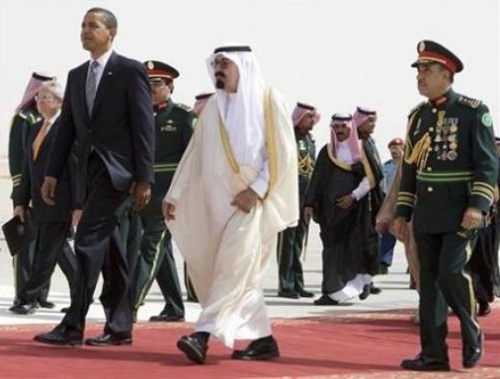 The stuck pigs are squealing. To shift the onus from the US State Department, Hillary Clinton paints Wikileaks’ release of the “diplomatic cables” as an “attack on the international community.” To reveal truth is equivalent in the eyes of the US government to an attack on the world.

It is Wikileaks’ fault that all those US diplomats wrote a quarter of a million undiplomatic messages about America’s allies, a.k.a., puppet states. It is also Wikileaks’ fault that a member of the US government could no longer stomach the cynical ways in which the US government manipulates foreign governments to serve, not their own people, but American interests, and delivered the incriminating evidence to Wikileaks.

The US government actually thinks that it was Wikileaks patriotic duty to return the evidence and to identify the leaker. After all, we mustn’t let the rest of the world find out what we are up to. They might stop believing our lies.

The influential German magazine, Der Spiegel, writes: “It is nothing short of a political meltdown for US foreign policy.”

This might be more a hope than a reality. The “Soviet threat” during the second half of the 20th century enabled US governments to create institutions that subordinated the interests of other countries to those of the US government. After decades of following US leadership, European “leaders” know no other way to act. Finding out that the boss badmouths and deceives them is unlikely to light a spirit of independence. At least not until America’s economic collapse becomes more noticeable.

The question is: how much will the press tell us about the documents? Spiegel itself has said that the magazine is permitting the US government to censure, at least in part, what it prints about the leaked material. Most likely, this means the public will not learn the content of the 4,330 documents that “are so explosive that they are labelled ‘NOFORN,'” meaning that foreigners, including presidents, prime ministers, and security services that share information with the CIA, are not permitted to read the documents. Possibly, also, the content of the 16,652 cables classified as “secret” will not be revealed to the public.

Most likely the press, considering their readers’ interests, will focus on gossip and the unflattering remarks Americans made about their foreign counterparts. It will be good for laughs. Also, the US government will attempt to focus the media in ways that advance US policies.

Indeed, it has already begun. On November 29, National Public Radio emphasized that the cables showed that Iran was isolated even in the Muslim world, making it easier for the Israelis and Americans to attack. The leaked cables reveal that the president of Egypt, an American puppet, hates Iran, and the Saudi Arabian government has been long urging the US government to attack Iran. In other words, Iran is so dangerous to the world that even its co-religionists want Iran wiped off the face of the earth.

NPR presented several nonobjective “Iranian experts” who denigrated Iran and its leadership and declared that the US government, by resisting its Middle Eastern allies’ calls for bombing Iran, was the moderate in the picture. The fact that President George W. Bush declared Iran to be a member of “the axis of evil” and threatened repeatedly to attack Iran, and that President Obama has continued the threats–Adm. Michael Mullen, Chairman of the US Joint Chiefs of Staff, has just reiterated that the US hasn’t taken the attack option off the table–are not regarded by American “Iran experts” as indications of anything other than American moderation.

Iran has not invaded any of its neighbors, but the Americans are invading countries half way around the globe.

The “Iranian experts” treated the Saudi and Egyptian rulers’ hatred of Iran as a vindication of the US and Israeli governments’ demonization of Iran. Not a single “Iranian expert” was capable of pointing out that the tyrants who rule Egypt and Saudi Arabia fear Iran because the Iranian government represents the interests of Muslims, and the Saudi and Egyptian governments represent the interests of the Americans.

Think what it must feel like to be a tyrant suppressing the aspirations of your own people in order to serve the hegemony of a foreign country, while a nearby Muslim government strives to protect its people’s independence from foreign hegemony.

Undoubtedly, the tyrants become very anxious. What if their oppressed subjects get ideas? Little wonder the Saudis and Egyptian rulers want the Americans to eliminate the independent-minded country that is a bad example for Egyptian and Saudi subjects.

As long as the dollar has enough value that it can be used to purchase foreign governments, information damaging to the US government is unlikely to have much affect. As Alain of Lille said a long time ago, “money is all.”

9 responses to “Who Precisely Is Attacking the World?”