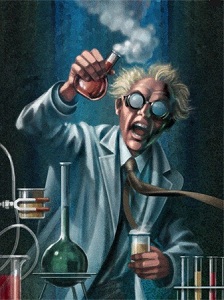 “The Vatican did not endorse an 11-page final statement in favor of easing restrictions on and allowing more widespread use of genetically modified crops, especially in poorer nations,” a Vatican official said in a statement published by Catholic News Service.

The study group who issued the report mostly include people with financial ties to genetically modified foods, and were not speaking on behalf of the Vatican. Four employees of Monsanto graced that panel.

There are an estimated 1.2 billion Catholics in the world who now have more reason to distrust biotech scientists.

The New Scientist also quoted an outrageous lie by one of the report scientists:

“There has not been a single documented case of harm to consumers or the environment,” says Potrykus.

It then links to a 2005 article which says the opposite. Whatever. Ingo Potrykus is a Swiss scientist who developed a variety of GM rice.

There are numerous scientific studies condemning the use of GM foods which have been linked to organ damage and sterility in mammals, while others correlate rising diabetes and obesity rates with GMO introduction. There’s also the question of allergic reaction to GM foods, proof of which is hidden by lack of labeling.

GM crops (trees, too) are genetically modified to produce or tolerate pesticides. Glyphosate, the main ingredient in Monsanto’s Roundup, has been linked to birth defects, cancer and miscarriages in humans. Pesticides are suspected in causing or contributing to mass bee, bat and butterfly die-off, as well as a pandemic amphibian decline. Their use is also linked to 11 million acres of superweeds in the U.S.

Finally, GM crops cannot be contained. They’ve spread in nations all over the world, even becoming established in the wild.

For any scientist to say that no environmental damage is linked to GM crops is unconscionable. Given the biotech industry’s penchant for suppressing science, it’s not surprising to find them extending their lies to the social realm.

“The Vatican newspaper, L’Osservatore Romano, said earlier this year that it was not a coincidence that in 2009 the use of genetically modified food crops grew by 13 percent in developing countries and that GM crops covered almost half of the world’s total arable land. And yet ‘the number of hungry people in the world has for the first time reached 1 billion people,’ the paper said.”

CNS further noted that, “Pope Benedict XVI has denounced the continued scandal of hunger in the world, saying its root causes have more to do with problems of distribution and sharing than with there not being enough food in the world.”