Assange has close links to The Economist, controlled by Rothschild banking family 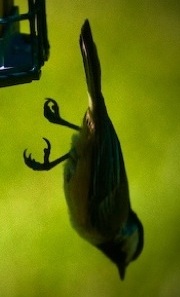 Wikileaks founder Julian Assange has won an award from The Economist magazine, a financial publication controlled by the Rothschild banking family, and he has also featured on an “Economist” video clip, raising questions about conflicts of interest.  Assange predicted a bank run could be triggered by bank data leaks but he does not mention that this would result in the robbery of millions of people because of the way the fractional reserve banking system works, and profit the banks.

Is a false flag bank run hyped by the banker’s media and carried out by a Rothschild operative being planned to rob millions and to implement emergency laws?

Julian Assange, the Wikileaks founder who plans to leak bank documents that will take down “one or two” major banks according to Forbes, has won an award from The Economist, a magazine belonging to the Economist Group, half of which is owned by the Financial Times, a subsidiary of Pearson PLC, a group of independent shareholders, including many members of the staff and the Rothschild banking family of England.

Kurt Nimmo writes that The Economist is owned by members of the Rothschild banking family of England. It is run by the Economist Group, a known CIA front

Assange’s close links to perhaps the world’s leading financial publication, which has consistently given misinformation about the eurozone and bank bailout, are underlined by a recent video interview he held with The Economist magazine.

Assange has not only won awards from the Rothschild banking family’s financial publications; he also won an award from Amnesty International, which works closely with the UN, itself associated with the IMF, the World Bank profitting politically and financially from the gigantic national debts saddled on country’s by banks with the help of compliant politicians.

Assange’s latest Wikileaks have been hyped by the mainstream media around the world as a major diplomatc row and destablising factor in spite of the fact that they are largely trivial gossip and news items that are in alignment with the Globalist’s goals.

If Assange were a real activist, he would not be getting any coverage from the mainstream media, let alone so headlines every day in every well known corporate media outlet. The alleged hide and seek between Assange and the US government as well as Interpol is played out on the theatrical stage of the world’s media when it is well known the US government and Interpol can arrest anyone they want virtually any time they want given their immense resources.

The Economist and FT were also among the corporate media that consistently hyped the swine flu pandemic and the need for vaccines last April while blocking information about the incident where Baxter contaminated 72 kilos of seasonal flu vaccine with the bird flu virus in ist biosecurity level 3 labs — virtually ruling out an accident — and so nearly triggered a global bird flu pandemic.

This media group has also consistently given misinformation about the current financial crisis and how it is being engineered by the banks to rob people, using the fractional reserve banking system.

Vienna Economics University Professor Franz Hormann explained how „banks create money out of air“ in a model for fraud in an interview with Der Standard recently. Hormann has also said that current economic theory is „political propaganda.“ But the Economist Group and IMF spout this propaganda all the time for the profit of the banks.

A bank run would result in the loss of people’s money, savings, pay checks and so bring ruin to millions of people – but this is what Assange wants because that is what will happen as anyone with a basic knowledge of economics now. The fractional reserve banking system means that the money or capital people put in the bank does not need to be on their account: capital can be spread all over the banks activities, locked in bonds and shares. Governments have very limited guarentees for deposits.

So if there the bankers can engineer a bank run, it will be the ordinary people who are robbed once more. Assange goes along with the propaganda that banks have capital in the banks not fractional reserve digits.

Expect the corporate media to hype Assange’s bank data leaks and hype the disaster and so help the banks justify bringing down the shutters and ruining millions if not billions of people in the process in a crash as devastating as 1931.

The media hyped the mild swine flu into a pandemic and they can hype a few extra withdrawls into a bank stampede as well unless we take action and demand that financial services scrutinse all withdrawals.

Because the euro is crumbling faster than expected, the bankers are desperate to institute some form of emergency law or martial law and a false flag bank run initiated by their operative Assange and hyped by their media would suit their plans perfectly.

His irresponsible actions that could destroy the world’s economy in a financial Pearl Harbour — also on December 7th, the date set for another irresponsible bank run —  certainly are those of an operative working for the banks and may even be on the orders of the Rothschilds directly given his close links to The Economist. His task is to destroy the financial system before the eurozone fragments, allowing country’s potentially to restore their own currencies and regain their souvereignty.

His gigantic financial crime is also designed to discredit the alternative media and investigative journalists and so give the a chance to close websites and steer people back into the mainstream media.

Accusations of a sordid rape are also desgned to discredit investigative journalists in the eyes of the public.

Help spread this news: a false flag bank run hyped by the media is being planned by a Rothschild operative and it will result in the robbery of millions of people. Get financial regulators and the police to scrutinize all financial transactions and stop banks declaring themselves broke artificially, thereby robbing customers.

7 responses to “Assange has close links to The Economist, controlled by Rothschild banking family”