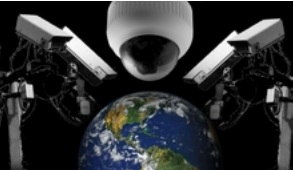 In 1985, ex-KGB agent, Yuri Alexandrovich Bezmenov, explained the tactics of “ideological subversion,” the job of slowly changing the perception of a target group, in four stages. He said that all four stages would happen in the US if
“the schmucks” were allowed to destabilize the economy, to do away with free-market competition and to install a “Big Brother” government.

The first and most lengthy stage of Demoralization takes the longest, at 15-20 years. The result is that the people’s exposure to true information no longer has any influence on them. A person who is demoralized is unable to assess true information and becomes ripe for the subsequent stages of Destabilization, Crisis and Normalization.

He says, “Your Leftists in the US; all these professors and beautiful civil rights defenders — they are instrumental in the subversion — only until the destabilization is completed.” Then, “they’re not needed anymore,” and “they must be lined up against the wall and shot.”

In 1985, he described the demoralization process in America as “basically completed, already.”

So in what stage is the US, 25 years later? Hint: Politicians calling for the execution of Julian Assange.

4 responses to “Four stages to a ‘Big Brother’ government”