The video provided, ultimately by the Associated Press, here, shows Jack Wheeler, an American hero, possibly suffering from exposure to a psychogenic 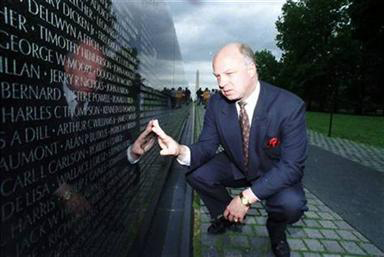 As many of us know, John “Jack” Wheeler III, was involved in Vice President Dick Cheney’s dual nuclear chain of command incident between Minot and Barksdale AFB’s, an incident that documented the movement of five fake nuclear warheads, instead of the six live warheads that witnesses within the Air Force with knowledge of the operation claim were present on the B-52.  While the “official” story was that the warheads were headed for decommissioning, Barksdale AFB is not known to be the destination of any nuclear warhead in the US arsenal.  Barksdale is, instead, a load point for materiel headed for the Middle East.

The sudden appearance of surveillance video showing a disoriented Wheeler wandering aimlessly in a shopping mall is not consistent with the handling of evidence in a homicide investigation.  It is, however, consistent with an attempt to discredit a potentially credible witness to a crime with national security implications.

A similar event occurred in 1953 when Frank Olson, a Fort Deitrick, Maryland, bioweapons expert was administered LSD and allegedly committed suicide by leaping from a tenth floor window of the Statler Hotel.  Olson had become troubled by the use of the United States of Nazi techniques in the treatment and handling of interrogation subjects from communist countries.  The LSD administration supported a c0ver st0ry that Olson was suffering from a nervous breakdown leading to his suicide.  Later findings by experts hired by the Olson family determined that Olson was probably murdered.  Vice President Dick Cheney and Donald Rumsfeld were involved in the payoff by the government to the Olson family for their future silence concerning the findings by the Church Committee formed in the wake of the Watergate investigation.

Reports in the EU Times suggesting that Wheeler was a bioweapons expert and that his knowledge of the Arkansas fish and bird kills lead to his murder are more consistent with a Russian counterintelligence operation than with knowledge of any accidental bioweapons release.  The possibility that these ecological disasters are related to phosgene gas, while interesting, do not make sense since no human fatalities have yet been linked to these incidents.  The EU Times have used Don Black and his Stormfront.org operation as sources for their reports, indicating complicity in a global white nationalist movement and raising doubts as to the legitimacy of these reports linking Wheeler’s death with ecological disaster.