I’ve written columns through harrowing circumstances, but this is the first time I’ve had a blizzard in the middle of one. My best to alll of you Midwesterners who took the hit last night and today, and my solidarity with all of you on the East Coast who are used to two feet of snow in one dump. It’s beautiful out there right now and a big adventure to get anywhere. When Chicago does shut down, I appreciate how rare such occasions are. I also appreciate my connectiion to a viable, surprisingly caring community. Meanwhile, my book is still for sale, with info following this week’s column. 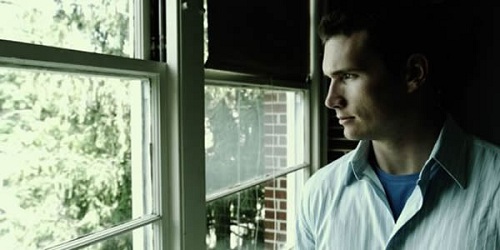 “I only remember a couple of more gunshots and then everything got quiet. Just as it all started it all just stopped. It felt like an eternity before the police got to our door and tried to open it up and they couldn’t open up the door. They had to ask for help from inside because there were bodies in the way.”

So . . . this, unavoidably, is how we have to think about peace — with horrific instances of its obvious absence. It’s not the only place to start, but somehow it seems right to start here, maybe in order not to stop here.

The words are those of Colin Goddard, one of the students wounded in the Virginia Tech shootings of April 16, 2007, as recorded in the documentary “Living for 32” — one of 33 films being featured in Chicago’s third annual Peace on Earth Film Festival, to be held Feb. 25-27 at the city’s Cultural Center. The entire event, which also features a panel discussion with a number of the filmmakers, who are coming this year from Russia, Australia, Korea and the U.K., as well as the United States, along with a panel of local peacemakers (which I have moderated for the last three years), is free of charge.

“We do see a lot of films that only tell us about the problems. Overall, we struggle to find films that show resolution,” festival founder Nick Angotti told me. “Our thrust is peace — not, look at how bad things are, too bad we don’t have peace.”

The film festival sees itself as a focal point, an inspiration for moviemakers to transcend the clichés and cynicism of the industry and make movies that empower us “to step out of the ignorance of conflict, violence and divisiveness into the light of communication, compassion and understanding.”

This is not a simplistic proposition but rather an endeavor of courage and passion, as exemplified by “Living for 32.” This movie, like others I’ve looked at that are part of this year’s festival, took a huge emotional bite out of me but left me energized as well, infused me with awareness and a sense of the possible future.

“Living for 32,” directed by Kevin Breslin, tells the story of Colin Goddard, a young international studies major in 2007 who was sitting in French class that morning when Seung-Hui Cho went on his shooting rampage in Norris Hall. Ten of the 17 people in the classroom, including the teacher, were killed by the gunman — who at one point methodically walked up and down the rows, shooting students lying under their desks. Godard, one of seven survivors in that room, was shot four times, in the knee, shoulder and both his hips. He was in rehab for months.

For some reason, this comment, so simple in its refusal to simplify life and death, so quietly compassionate toward those who died that day, was one spot where the documentary hit me with a huge emotional wallop. “God” is simply compassion — maybe that’s it . . . the love that surrounds us. We humans can be open to this love, and thus to each other, or closed off from it, isolated, and in our isolation wield power and ignorance over one another like the Virginia Tech gunman and those who came before him and after him — and like the war machines that have killed so many millions, for such petty ends, over the decades and centuries and millennia.

“Living for 32,” while it revisits the 2007 tragedy, is mostly about the life Goddard has been living since his recovery. He went back to Virginia Tech, got his degree, and for several years now has been working with the Brady Center to Prevent Gun Violence. The documentary takes us, with Goddard, into gun shows, among other places, where we watch the easy cash purchases of automatic weapons, accomplished without background checks and minimal personal documentation.

The documentary also gives a fascinating demonstration of the stunning efficiency of the Glock 19, one of the two guns Cho used on his rampage, as well as the weapon used last month by Jared Loughner. Goddard, who at one point emphasized his support of legitimate gun ownership and has a familiarity with their use, looked at the Glock with a New York City police officer.

The cop demonstrated the weapon’s incredible firepower: “Two and a half, three seconds, 15 rounds and out. Boom boom boom boom boom. You just keep firing. You can keep slapping the magazines in, keep stripping rounds. That gun just goes.”

He added that this was a military weapon, with no legitimate civilian use: The only reason to possess one “is to feel power!”

And at this point the film fused with several others in the festival I had screened — about bullying, about homelessness — that also in different ways were about cruel and indifferent manifestations of human power and the desire to dominate others. Peace, I suddenly realized, is about connection, even with our “enemies.” It brings honesty and compassion to the fore in our dealings with one another and begins righting the balance.

The price, which includes shipping and handling, is $25.

If you would like to place your order, please specify how many books and make out check for the appropriate amount to Robert Koehler. Please include your mailing address!

7 responses to “Film Festival 2011: Righting the Balance of Power”