The Emerging Counter-Revolutions in Tunisia and Egypt 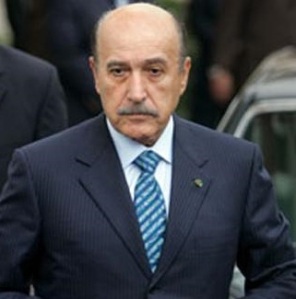 “President Hosni Mubarak has decided to step down as president of Egypt and has assigned the higher council of the armed forces to run the affairs of the country,” Suleiman said in a brief televised address. “May God help everybody.”

Cheers could be heard in the streets of Cairo even before Suleiman stopped speaking. And while there was no way to know whether the army would make good on its previous pledges to safeguard democratic elections, the crowds were euphoric at the news that Mubarak’s 30 years of authoritarian rule were over.

“Egypt is free! Egypt is free!” they shouted in Tahrir Square. “The regime has fallen!”
-The Washington Post (February 11, 2011)

An arrogant pharaoh has fallen. Egyptians may be chanting that their country is free, but their struggle is far from over. The United Arab Republic of Egypt is not free yet. The old regime and its apparatus are still very much in place and waiting for the dust to settle. The Egyptian military is officially in control of Egypt and the counter-revolution is emerging. A new phase of the struggle for liberty has started.

The so-called regime-desired “transitional phases” in Tunisia and Egypt are being used to buy time in order to do three things. The first objective is to erode and eventually break the people’s popular demands. The second goal is to work to preserve neo-liberal economic policies, which will be used to subvert the political system, and to tighten the straightjacket of external debts. Finally, the third motivation and objective is the preparation of counter-revolution.

Unqualified figures are emerging, which claim to be speaking or leading the Arab people. This includes the so-called committee of “Wise Men” in Egypt. These unelected figures are supposedly negotiating with the Mubarak regime on behalf of the Egyptian population, but they have no legitimacy as representatives of the people. The Secretary-General of the Arab League, Amr Moussa, is amongst them. Secretary-General Moussa has also said that he is interested in becoming a future cabinet minister in Cairo. All of these figures are either regime insiders or agents of the status quo.

Amongst these self-chosen individuals also is the chief of Orascom Telecom Holdings (O.T.H.) S.A.E., Egyptian billionaire Naguib Sawiris. Bloomberg Newsweek had this to say about Sawiri: “Most Egyptian businessmen are keeping low profiles these days. The protesters in Cairo’s Tahrir Square blame them for Egypt’s ills, and mobs have even trashed some of their properties. Yet Egypt’s most prominent mogul, Naguib Sawiris, chairman of Orascom Telecom Holding, the Middle East’s biggest telecom company is in Cairo fielding calls on his mobile phone, appearing on TV, and (as a member of an informal committee of “wise men”) negotiating with newly appointed Vice-President Omar Suleiman about a gradual transfer of power away from President Hosni Mubarak. Far from discouraged, the billionaire thinks a more vibrant Egyptian economy may emerge from the turmoil.” [1]

The so-called “Wise Men” in Egypt are involved in bravado. To whom is the power “gradually” being “transferred”? Another unelected figure, like Suleiman?

What is the nature of the negotiations? Power sharing between an unelected regime and a new cast? There is nothing to negotiate with unelected despots. The role that the “Wise Men” play is that of a “manufactured opposition” that will keep the interests behind the Mubarak regime in place and also dilute the real opposition movements in Egypt.

Al-Mebazaa Given Dictator Powers while Tunisian Military Reservists Are Mobilized

At the same time as the mobilization of Tunisian reservists, Fouad Al-Mebazaa, the interim president of Tunisia, has been given dictatorial powers. [3] Al-Mebazaa was the man that Ben Ali selected as parliamentary speaker of Tunisia and a leading figure inside Ben Ali’s Constitutional Democratic Rally (CDP) Party. Protesters peacefully tried to stop the members of the Tunisian Parliament from voting to grant dictatorial powers to Al-Mebazaa by blocking entry into the Tunisian Parliament.

The members of the Tunisian Parliament are all members of the “old regime.” Amid the protests, the Tunisian Parliament still managed to go forward with the plan: “Lawmakers eventually bypassed demonstrators by accessing the voting hall through a service door, the TAP news agency reported. In a 177-16 vote, the lower house approved a plan to give Interim President Fouad Mebazaa temporary powers to pass laws by decree.” [4] The next day, the Tunisian Senate would approve this too. [5]

Al-Mebazza can now select governors and officials at will, change electoral laws, give amnesty to whomsoever he pleases, and bypass all Tunisian state institutions through his decrees. The passing of the motion to give Al-Mebazza what amounts to dictatorial powers is an illustration of the facets of “cosmetic democracy.” This act by the kangaroo Tunisian Parliament is being passed off as a democratic act of voting, but in reality all its members were undemocratically selected by the Ben Ali regime.

Omar Suleiman, the newly appointed vice-president of Egypt and the general who was the former head of the intelligence services of Egypt, has started to back-track on the promises made by the Mubarak regime and himself. The New York Times reported that “Omar Suleiman of Egypt says he does not think it is time to lift the 30-year-old emergency law that has been used to suppress and imprison opposition leaders.” [6] Just days before Mubarak’s resignation, Suleiman has also stated: “He does not think that President Hosni Mubarak needs to resign before his term ends in September [2011]. And he does not think [Egypt] is ready for democracy.” [7]

Battles have been Won, But the Struggle Continues…

The stakes are getting higher. The people of Tunisia and Egypt should be aware that the U.S. government and the European Union are politically hedging their bets. They support the counter-revolutions of the old regimes, but are also working to co-opt and control the outcomes of the protest movements. In another development, the U.S. and NATO are also making naval deployments into the Eastern Mediterranean. Specifically with Egypt in mind, this too could be meant to aid the counter-revolution, but it can also be used to intervene against a successful revolution.

The events in Tunisia and Egypt have proven wrong all the false assumptions about the Arab peoples. The Tunisian and Egyptian people have acted peacefully and intelligently. They have also proven that the assumption of an advanced political culture in Western Europe, North America, or Australia is merely utter nonsense used to justify repression of other peoples.

Mahdi Darius Nazemroaya is a Research Associate of the Centre for Research on Globalization.

2 responses to “The Emerging Counter-Revolutions in Tunisia and Egypt”