Atheism:  (n) à-thē-i-zəm, godlessness (the doctrine or belief that there is no God). 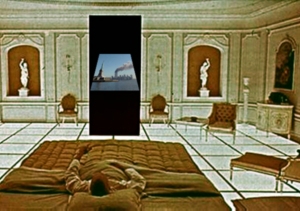 Our religious friends will be gratified to know that this word is at the bottom 50% of word lookups in the online Merriam-Webster dictionary, while our atheist friends will be disturbed to recognize that the mechanics of human perception render their basic doctrine mute in cases where the god under review is omnipresent.

Be all of this as it may be, I can no longer offer a heartfelt defense of any religious, or irreligious, dogma or doctrine; all of them carry the seeds of self destruction within themselves.  Each major dogmatic tradition denies that it affirms the necessity of a defense against the very omnipresence on which each relies on for legitimacy.  Both theism and atheism suffer from the “trap” that is dogma.

Questioning of any legitimate sort requires, at some point, that the querent establish the level of authority of both themselves and the entity they wish to interrogate or engage.  While authority of this sort does not establish ethical, moral or procedural legitimacy, this process – usually conducted in the blink of an eye – establishes a basis for reasonable expectations from the proposed dialogue.

For example, I can ask my dog if the value of Pi is approximately 3.14159, which is a simple true or false question requiring very little effort for my dog to respond.  Many an intoxicated college student has put forward such a question of their furry pets on many occasions.  But is this an appropriate question to ask of a creature that has no earthy idea what Pi is, what approximate might mean or the notion of abstract value?  And is it reasonable for me to base a whole system of thought upon the answer to a single question that has an equal chance of being either true or false?

Likewise, problems of authority arise when questioning the existence or non-existence of an imagined life force or form capable of embodying omnipresence.  In the first place, omnipresence is not a quality that can be verified through human perception, and one could deduce that its omniscience could not be calculated mathematically, either.  We’d be equally likely of proving that everything in the universe is six inches and five years older from where it was when we went to sleep the prior evening.  Or, solving the problem of the following sentence being completely true.  However, the preceding sentence is absolutely false.  Insert your favorite irreconcilable conundrum here.

Either atheism or theism offers us a 50% probability of correctness.  Adding a postmodern spin to this line of thinking, both propositions could be either true or false in tandem – god is both is and is not, or god neither is nor is not.   To anyone of an agnostic temperament, the false dichotomy of “god is” or “god is not” can be readily seen.

The latter of the postmodern assertions, that god neither is nor is not, is the same as suggesting that the question of the existence of god is irrelevant.  The former is highly suggestive of an issue of definition: a poor or deficient definition of a supreme being would allow for a kind of overlap between “isness” and “non-isness”, so the postmodern spin on the classic debate between theists and atheists does bear some illuminating fruit.  In summary, then, either god is, god is not, we have a poor definition of god, or the whole matter is completely irrelevant and we need to steer clear of this line of inquiry entirely.

Notice that while over the millennia philosophers have managed to develop some very precise qualities for a supreme being that must either be or not be, nowhere has anyone bothered to suggest the possibility that god’s existence or absence is irrelevant to us.  All of us would like to believe that the question of universe versus multiverse is critical to our understanding of ourselves, however no one has bothered to provide us with a really good argument in favor of resolving the matter without also damning us to some imaginary, eternal hell of fire and brimstone.  In point of fact, the atheist camp has some very astute observations in the direction of shutting the whole line of inquiry down post haste.

I am of the opinion that the mere fact that we are cognitively present and carrying on some manner of interaction suggests that there are some uni or multiversally important truths to be known that could well maintain the qualities of a notional omnipresent god.  So the atheists, for me, lose the argument up to the point where the theists fail to consider the complete irrelevance, in fact harmfulness, of drilling into the ancient details of what makes or breaks a notion of god that could be relevant to humanity.

For example, the United States has a long and proud tradition of celebrating its affinity with a trustworthy god.  It is printed on our currency and declared from mountaintop to sleepy hamlet, to a nauseating degree, that the US and all that it represents comes by its relative prosperity honestly, and has in fact been ordained by an omnipresent god that this be so.

Meanwhile the corporations and governments manifested and operating under the auspices of the United States have manufactured a nuclear nightmare on the same island of Honshu where they first dubiously dropped two nuclear bombs not quite sixty-six years ago.   But this time, make no mistake, the arrogance and stupidity reaches beyond the level of breathtaking since the Cesium 137 that is now spewing all over the planet mimics, at a molecular level, the presence of potassium.  So, yes, ladies and gentlemen, whatever the media reports as being the current “exposure level” of Cesium 137 in your local environment, they are at least understating the exposure, by a factor of 1,000, what will soon be present in our global food supply.  This is due to the fact that potassium is an essential element in the creation and maintenance of all life on planet Earth.  This means that every living organism will store and hoard radioactive Cesium-137 as if its very life depends upon it, courtesy of General Electric, and the molecular similarity of radioactive Cesium 137 and the relatively harmless mineral potassium.

Other than the questionable ethics and morality of ever bringing such a nightmare, “to light,” what makes this issue a matter of theistic consideration is the fact that most, if not all, of these “captains of industry” who operate these destructive economic leviathans do so because they believe their ultimate reward, and their ultimate justification to act, rests with their favorite flavor of deity whom they visit, religiously, on a weekly basis.  So while they may bomb Hiroshima or pollute the water table of Tokyo via Fukushima, they are forgiven for their misdeeds by a loving god who sees no harm and no foul in them because somehow, someway, an ethical justification for the good of what they do might possibly exist.

To the churches who dispense the dispensation and excuse the dubious morality of the individuals involved in propagating and perpetuating these environmental holocausts I say that you are at least irrelevant and probably a harmful affront to matters which should always be relevant and kept so for all time.  There is no reasonable justification for the worship of a god that asks for the destruction of one’s own ability to care for one’s self, now or ever.  Worship of such a deity is plainly evident in the behavior and the moral justifications of behavior of persons who are psychologically indistinguishable from serial murderers, psychopaths and sociopaths, yet who are presently occupying positions of trust throughout our society in the United States and abroad.  This is what theistic elitism has wrought and one very powerful justification for keeping the less dubious philosophical arguments for atheism front and center – a great many dishonest, murderous things are going on in our troubled world and theistic institutions provide at least “covering fire” for their perpetration, if not their metastasis.

In the end what is and always will be relevant is that any god worthy of anyone’s consideration would not ask, nor demand, that life be divided against itself resulting in its eventual extermination.  God, to be omnipresent, must be capable of providing both the seeds of all Life and must be the ultimate survivor of any observable, or unobservable, conflict arising as a result of its activity within itself.

Still, these god requirements do not represent anything of more relative importance than our treatment of the Japanese people, of any people or of ourselves.  Nor would a god capable of self interest, or obliged by a default survival requirement, ever ask or demand that we destroy our own wholeness in order to sustain our survival.  Survival and death are mutually excludable propositions, so nothing capable of bringing forth life “for all eternity” should be capable of countenancing its opposite in anything like an equal measure.

In the theism of the survivors of this century must rest a rock-solid commitment to the survival of the human species above and beyond the survival of any of its component races or creeds.  It has been our divided loyalty between church and our fellows that has lead to many painful lessons in self defeating behavior for many centuries of human history.

In future musings, I will offer up my thoughts on where the science, religion and postmodern/post-structuralist paradigm clashes seem to be leading us and the attitudes we might gainfully adopt out of enlightened self interest.