Masters of the World Meet to Play God with the Climate 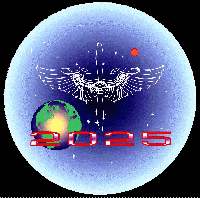 “If we could experiment with the atmosphere and literally play God, it’s very tempting to a scientist.”

On a secluded estate in England, a small group from the elite UK think-tank, The Royal Society, are openly discussing control over the planet’s weather.  The Orwellian nature of the discussion is stunning, as this select group seemingly wrings their hands over how to delegate the proper authority to research such godlike power.  They begin by asking a rhetorical question, “Who Decides?”

In a candid AP story, the entire agenda is laid bare as we are treated to a session that is “generally off the record.”  This is the grand rollout to be sure: from research to implementation, they announce much of what is already provably in the works, as well as the road toward a future of unthinkable control by an inner circle of ideologues with the task to “save the planet.”

History is full of these great “experts” who have taken on the burden of saving the rest of us.  Elites throughout the ages have insisted that the common man or woman is simply not up to the task . . . if left to our own devices, we might just destroy the place.  So, let’s first recap how these elite thinkers have done so far based on the key indicators of human prosperity.

Peace:  The “peace process” is apparently a long one.  Since the War To End All Wars, there has been a steady string of significant wars, protracted conflicts, or “kinetic actions.”  The central planners have failed fantastically when it comes to peace, and there is no sign of this trend reversing, as it openly has been announced that a Nobel Peace Prize can be given to the leader of the free world who has extended and declared wars that are unconstitutional and morally reprehensible.  Rather, events are demonstrably leading straight to World War III.  It seems like we would be better off without the humanitarian aid offered by such peaceniks.

Freedom:  The Map of Freedom shows most of the global population living under some form of authoritarian control, especially when North America is evaluated honestly.  Just about all of the rest lives under Democracy, which is nothing more than the soft version where two wolves and a sheep meet to decide what is for dinner.  This is the globalist model, which prefers centralized control and a curtailing of individual freedom by mafia or mob rule, resulting in the sucking of all wealth and power toward a top ruling class.  As Louis Brandeis, former Supreme Court Justice said, “We can have democracy in this country, or we can have great wealth concentrated in the hands of a few, but we can’t have both.”  Countries with a true free market of ideas and commerce are few and far between.

Economy:  The model of centralized elite banking management has been an abject failure

.  All central banks in history that have used fiat money — most of which financed both sides of wars — have failed in that they have bankrupted their nations and only have enriched those in control.  The current exposure of the U.S. Federal Reserve is finally reaching a crescendo, but our managers are already a step ahead discussing the endgame of a one-world currency to solve the inadequacies of the past.  I think we have had enough examples of their central planning skills.

Health: Between the EPA, FDA, and USDA — just to cite U.S. agencies — our elite researchers, scientists, and policy makers have been responsible for millions of deaths, conservatively.  And it is only getting worse, as this global health tyranny aims to criminalize the food and supplements that are actually proven to extend our lives.  The key poisons they enable include: mercury, aspartame, MSG, (most) vaccines, and GMO’s; all proven to reduce cognition, bodily health, and life expectancy.

Environment: Fukushima is only the latest in a long history of corporate/government mismanagement with global consequences.  Experts claiming to show the benefits and safety of their advice continuously bombard us.  Yet, our planet has now endured multiple nuclear meltdowns, oil spills, fracking-induced earthquakes, and global fallout from wars using depleted uranium — all of which have contaminated Earth and poisoned future generations beyond imagining.  The only success these elites can document is the mass killing by dictators like Genghis Khan, Mao, Hitler, and Stalin who eliminated a conservative total of over 100 million people, thus reducing CO2.  Well done if you are a nihilist.

With such a track record of desolation for all but the top directors, we had best pay attention to their own words about what direction they have in store for us next.

Most alarming about this semi-clandestine meeting is that the very premise upon which they base this need for global orchestration — Global Warming — has been thoroughly debunked by any climatologist not beholden to a government sponsored think tank or agency.  Their famously cited Plan B for inevitable climate change is nothing more than a wish list for those who wish to de-industrialize productive nations and consolidate control through wealth redistribution.  Not a good way to start saving people.

With lies as the basis for what is to follow, we continue along our Orwellian path set forth by “scientists and scholars” toward a comprehensive new vision for the future which was framed by this elite roundtable normally hidden from public view, but brought to us by the Associated Propaganda news agency:

“Provoking and parrying each other over questions never before raised in human history, the conferees were sensitive to how the outside world might react.”

Science:  “If we could experiment with the atmosphere and literally play God, it’s very tempting to a scientist.” Kenyan earth scientist Richard Odingo.

Well, we can give points for honesty here, but are we really to believe that this “experimentation” has not already begun?  Their own words and observable facts prove otherwise.  The top contender for geoengineering on a planetary scale, according to the panel, is “stratospheric aerosol particles.”  In what sounds a whole lot like tin-foil hat conspiracy Chemtrails, these “particles would be sun-reflecting sulfates spewed into the lower stratosphere from aircraft, balloons or other devices.”  The current evidence for such activity has already been exhaustively documented by researchers and popularized by films such as What In The World Are They Spraying?

The panel actually calls this technique Sun Radiation Management (SRM).  The problem with management is that managers are then necessary, and the ones that have been appointed should not be to our liking.

Law:  “These scenarios create winners and losers . . . Who is going to decide?” John Shepherd of Britain’s Southhampton University, lead author of a 2009 Royal Society study of geoengineering.

The think tank warns that a “coalition of scientifically capable nations” should set world direction — led of course by the U.S. and Britain, two of the most egregious abusers of the planet — “perhaps inviting China, India, Brazil and others . . . ”  But when in doubt just invoke the U.N to convince the masses that, “Many environmentalists categorically oppose intentional fiddling with Earth’s atmosphere, or at least insist that such important decisions rest in the hands of the U.N., since every nation on Earth has a stake in the skies above.”  The United Nations; world police force and repository of incremental global control.

Politics: “One of the challenges is identifying intentions, one of which could be offensive military use.”  — Indian development specialist Arunabha Ghosh referring to weather modification.

If the weather can truly be controlled, then one can surmise that we are entering a future of weather wars.  And, yet, this already has been addressed in key white papers such as Weather as a Force Multiplier: Owning The Weather By 2025.  Perhaps the real concern is similar to that of all WMDs — to be sure that only the ruling elite can use them, while anyone who opposes or retaliates is marked with the cattle brand of terrorist.

Philosophy:  “There’s the ‘slippery slope’ view that as soon as you start to do this research, you say it’s OK to think about things you shouldn’t be thinking about.”  — Steve Rayner, co-director of Oxford University’s geoengineering program.

The philosophy of “thinking the unthinkable” always has been trumpeted as a necessary contingency plan to protect the masses from lone nuts and rogue governments when, in reality, it is the justification for what already has been engineered by psychopaths and sociopaths in positions of power within dominant governments and by their think-tank minions.  It is their hatred for the masses and subsequent policies that lead to what normal people call unthinkable scenarios.

Conclusion:  “I’m queasy about some billionaire with a messiah complex having a major role in geoengineering research,” — Clive Hamilton, Australian economist-ethicist.

It takes a lot more than a few billion dollars to orchestrate weather control, just as flight-school flunkies with box cutters, or a white supremacist in Oklahoma with a store-bought truck bomb cannot orchestrate large-scale terrorism.For a real messiah complex with money to back it, one needs a government sponsor.  This is misdirection right from the playbook . . . and that should make us queasy.

Naturally, “All discussions lead to the central theme of how to oversee research.”  There it is: more control.  This control is hidden by our overseers in their “worry” that this new capability will lead to a Geoengineering Industrial Complex.  It is a pathetic echo of Eisenhower’s famous speech warning of a Military Industrial Complex.  This is not a worry at all, as we are getting the message straight from The Four Horsemen’s mouth.  These days such worries are not issued as a dire broadcast of the threat to individual liberty; they are sibilant whispers to a mainstream media peddling the message that only the eradication of individual liberty can save us all.