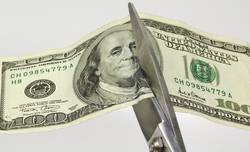 Plutocrats aimed another weapon at the nation’s poor and at small and midsized farmers, this time thru the 2012 agriculture appropriations bill, H.R. 2112, which the House passed on June 16. The 82-page bill returns some federal spending to 2006 levels and others to 2008 levels.

HR 2112 also made deep cuts to rural development, conservation and eco-remediation programs, and to local and regional food system development programs. This can be seen as nothing other than a punitive response to the growing local food sovereignty movement.

Earlier this year, Maine and Vermont enacted home rule ordinances to protect small farms from the overreaching hyper-regulation of the Food Safety Modernization Act (FSMA), which became law in January. On June 10, the State of Maine passed a Joint Resolution in support of local food sovereignty.

One positive provision in HR 2112 prohibits the Food and Drug Administration from spending any funds to authorize genetically modified salmon.

Contrary to some media reports, Congress did not “ban GM salmon,” nor did the House “pass a law” thru HR 2112. A federal law is enacted only after Congress (both the Senate and the House of Representatives) passes it and the US President signs it.

By far, though, the most controversial cut in HR 2112 relates to “GIPSA Rules,” which would begin ending unfair trade practices in the meat industry. Everyone who eats animal products should understand how this works, because these rules not only benefit small operators, but also product quality, food security and the environment.

This overturns a key provision in the 2008 Farm Bill, which required the USDA to develop those rules.

Speaking for a coalition of cattle and hog producers and poultry growers, Johnson demanded that President Obama keep his campaign promise to reform livestock and poultry markets.

“The GIPSA Rule reinstates the USDA’s long-held interpretation of the Packers and Stockyards Act that was overturned by 2005 and 2006 court cases,” he said.

In both those cases, the 11th Circuit Court of Appeals upheld the lower court’s rejection of the jury verdict. In the 2005 case, London v. Fieldale Farms, the jury awarded London $164,000. In the 2006 case, Pickett v. Tyson, the jury awarded $1.28 billion to Pickett for eight years of price fixing by Tyson.

Substantively, the London court held that an operator must show harm to the entire industry, not just the plaintiff.

Under the GIPSA rules, “Farmers and ranchers no longer have to prove unfair practices harm the entire industry, only that the abuses damaged plaintiff,” said Johnson.

This is the usual standard in tort law. Can you imagine being hit by a car and having to prove the defendant’s action was harmful to all drivers? Of course not. The court ruling flies in the face of common sense and entrenches monopolistic power.

In Pickett, U.S. District Court Judge Lyle Strom absurdly reasoned that price manipulation is allowed if the perpetrator has a business interest in doing so. By this logic, companies can do whatever they want to improve profits, despite laws against such actions.

Judicial corruption aside, the USDA’s failure to fully enforce the Packers & Stockyards Act of 1921 and other anti-corporate farming laws has resulted in the loss of nearly a million operators in the beef, pork, poultry and specialty meat market over the past 30 years.

This chart shows figures just for the pork industry, from info derived from the National Pork Board’s 2010 Quick Facts. Ninety percent of family hog operations and 95% of midsized operations have folded in the past 34 years.

When Congress passed the Packers & Stockyards Act of 1921 (PSA), it sought to bust the monopoly of the Big 5: Armour, Swift, Wilson, Morris, and Cudahy, which then controlled 75% of the meat packer market.

Clearly, PSA enforcers have not done their job.

Though mandated over three years ago, the USDA still has not formalized the GIPSA rules. At today’s meat coalition press conference, speakers urged the USDA to finalize the rules.

Defunding the GIPSA Rules clarifies federal priority to protect the rich at the expense of the rest of us.

The Farm and Ranch Freedom Alliance (FARFA) explains that these firms use their monopoly power to “manipulate markets, deny or severely restrict market access to independent livestock producers, and use unfair practices like confidentiality clauses to the detriment of both contract producers and independent producers.”

“The big packers, so called, stand between hundreds of thousands of producers on one hand and millions of consumers on the other. They have their fingers on the pulse of both the producing and consuming markets and are in such a position of strategic advantage they have unrestrained power to manipulate both markets to their own advantage and to the disadvantage of over 99 percent of the people of the country.”

So spoke Wyoming Senator John Kendrick in 1921, on the floor of the U.S. Senate, arguing the need for the Packers and Stockyard Act.

Market concentration is even worse today.

While lawmakers claim the need to cut government spending, they won’t touch the military’s outrageous budget for domestic surveillance and illegal resource wars. Instead, cuts apply to the US social safety net thru HR 2112.

There’s the $1.2 trillion US military budget that could use substantial reduction. And, the Obama Administration reported to Congress last week that the Libya invasion alone will cost $1.1 billion by September.

Certainly, food not bombs is a more sane policy after Wall Street collapsed the global economy with its criminal trading schemes.

Instead of arresting anyone from Wall Street, authorities instead continue to arrest Food Not Bombs members, who refuse to obey a law against feeding hungry people in Florida.

Just last month, the FDA cited the Food Safety Modernization Act for authority in declaring it no longer needs credible evidence to seize food that may be contaminated, entirely ignoring the Fourth Amendment. Given the increasing frequency of the FDA’s illegal raids on small ops not involved in interstate commerce and whose product sickened no one, we can expect more small producers to be shut down.

Food prices have spiked because of Wall Street commodities trading, explained in lay terms by Ellen Brown who cites the detailed work of Frederick Kaufman.

In HR 2112, efforts to control trading in futures by the Dodd-Frank Act are stymied by funding cuts. In commenting on the bill, Congressmen Sam Farr and Norman Dicks describe the cut this way:

“The bill provides $171.93 million for Commodity Futures Trading Commission (CFTC), a reduction of $136 million (44%) below the request (which proposed an increase for the implementation of the landmark Dodd-Frank financial reform legislation) and $30 million (15%) below 2011. At a time of volatile commodity prices, including oil and energy, and only three years after the worst financial crisis since the Great Depression, inadequate funding of CFTC is an unacceptable risk to the markets on which our economy depends.”

On this we agree.

You can send a message to Congress demanding it not cut spending for the nation’s poor and hungry via the Bread for the World campaign, a faith-based initiative.

You can also call or write your Senators, asking them to: