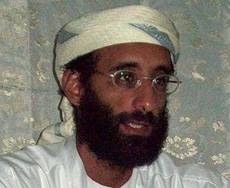 It’s official. The American dystopia is here. Obama administration officials admit that the CIA assassination program that snuffed out Anwar al-Awlaki last Friday is guided by a secret panel that decides who lives and dies. According to Reuters:

“American militants like Anwar al-Awlaki are placed on a kill or capture list by a secretive panel of senior government officials, which then informs the president of its decisions, according to officials.

“There is no public record of the operations or decisions of the panel, which is a subset of the White House’s National Security Council, several current and former officials said. Neither is there any law establishing its existence or setting out the rules by which it is supposed to operate.”

Let that sink in. The U.S. presidency, supposed leader of the free world, has a clandestine committee that chooses American citizens to assassinate.

This from the administration that promised unprecedented transparency and a ratcheting back of Bush-era civil liberties abuses. This from the president who vowed to restore habeas corpus and subject executive war powers to judicial scrutiny. This from the Nobel Peace Prize laureate.

How fitting that the presidency that Tea Partiers accused of planning to convene death panels to handle health care rationing has openly admitted to having created such a panel whose declared purpose is not simply to withhold socialized medical resources, but to direct the cold-blooded murder of citizens who are sufficiently bothersome enemies of the regime. Yet in a majestic irony, many of the conservatives who feared Obama’s life-and-death bureaucracies are cheering on his most explicit and frightening seizure of dictatorial power in all his presidency, and perhaps one of the greatest of all presidential power grabs in the sweep of U.S. history.

Meanwhile, Obama’s millions of supporters still think the idea that this man is a fascist, a tyrant, a threat to liberty, is hysterical hate speech and itself a danger to American democracy. Yet Barack Obama appears dedicated to out-Bushing Bush when it comes to shredding the Bill of Rights and sticking his middle finger at the very idea that he ought to be accountable to anything but his own power.

Make no mistake. We are witnessing a defining moment in America’s transformation into a totalitarian nation. Not because the murder of al-Alwaki, or even the death panel that sealed his fate, is some sort of anomaly in terms of morality or even presidential power. The U.S. presidency has already sentenced millions to death with its wars, its sanctions, its bombings, its terrorism, its covert ops, its torture chambers. The nukings of Hiroshima and Nagasaki, to take a couple of famous examples, long ago revealed the awesome and murderous power of the Oval Office, whether or not these bombings were as “illegal” as the offing of al-Alwaki. And the families of thousands of innocent Afghans and Pakistanis killed in drone strikes had no doubts about Obama’s imperial touch, even before this latest atrocity.

But the circumstances surrounding this particular hit job, and the death panel behind it, deserve more than a footnote. There is the brazenness of it all – the audacity, as a younger Obama might say – of the administration just coming clean about its mysterious council that serves as judge and jury behind closed doors. There is the frank admission of its existence with all else being kept secret. There is also the precision – the fact that this program is one focused on offing political enemies, rather than just bombing neighborhoods in an ad hoc attempt to weaken another government in a war. There is also the open-ended nature of this conflict, a war on terrorism that can last even longer than the clash with the USSR, a war whose immortality seems even more possible now that Barack the law professor is in charge, rather than George the rancher.

Taken together, this is just the kind of creepy atmosphere befitting of a total state, a Communist or fascist government or a nightmarish bureaucracy contrived in the mind of a Cold War-era novelist imagining what America would look like in the 21st century after taking one too many wrong turns. It is almost as if the administration is trying to preempt the conspiracy-minded by giving them something that would be unbelievable only fifteen years ago, but is today easily taken for granted because of course the president has a secret death panel that deliberates on the secret, unchecked executions of American citizens, to be conducted by robots flying in the sky.

Needless to say, anyone who defends this, especially if given the opportunity to think through the implications, is surely no friend of liberty, whether they be fair-weather “civil libertarian” liberals who would rather cheer for their president than wake up and smell the fascism, or conservatives who claim to distrust government except when it exercises the most lethal powers in the most lawless way imaginable. We must recognize that the movement for freedom and against true oppression is clearly no majority, regardless of what Tea Party Republicans and Wall Street occupiers might say.

There is a more fundamental lesson to be learned, however, and one to remember for the ages: This is the nature of the state. It is, by its institutional nature, always and everywhere seeking to expand power in any way it can. To claim and practice the power to kill on its own unreviewable prerogative is simply the fulfillment of its very design. At times of crisis, especially concerning national security, states almost always tend toward aggrandizement toward their realization as totalitarian entities.

For all who find Obama’s death panel frightening – and all of us should – let us remember that this is simply what governments do when they can get away with it. We are only now seeing the American state achieving its maturity. At the founding of the Federal Government, the Framers unleashed a monster that could never easily be restrained, even creating a presidency with all too much power over military affairs. Then came Jackson, Polk, Lincoln, Wilson, Roosevelt, Truman, LBJ, Nixon, Bush and Obama, each one building on the horrible precedents of past American despots, each reaching further toward the ideal of a completely unencumbered presidential hand, one that could snap its fingers and order death to anyone anywhere on the globe.

There is a silver lining, however, albeit one circumscribing a large and dark cloud indeed. A government can develop and come of age, but it is a mortal institution. As it grows it puts strain on the public ideology it requires to live, wrecks the economy it feeds on, and alienates the allies that allow it to be a global empire. To be a total state is the dream of all regimes, but it is an unsustainable reality, and certainly so at the size the U.S. government has become. The more the U.S. presidency and American nation-state morph into an Orwellian version of themselves, the closer they will come to finally expose themselves as being no different from the tyrannies that have enslaved mankind for millennia. For generations much of the world has been under the spell of the lie of American democracy, the propaganda that the brutality of power politics can be tempered through elections and an eloquent piece of parchment. We can hope that the day this great lie is universally seen as a tragic joke, the true significance of Obama’s CIA death panel will be remembered.

Anthony Gregory [send him mail] is research editor at the Independent Institute. He lives in Oakland, California. See his webpage for more articles and personal information.