The Dignity of Corpses 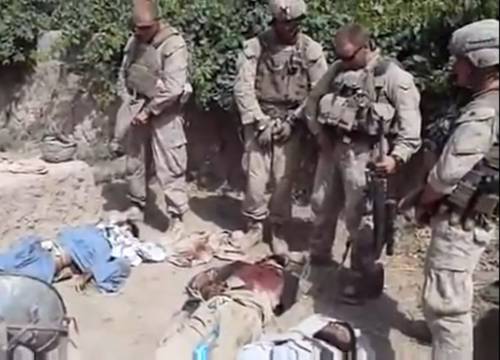 Civilization hasn’t successfully drawn a moral border at the sanctity of human life itself, but because it needs to put some limit on human behavior, it has, apparently, taken a last stand at the dignity of corpses.

It’s OK to kill your enemy, but not to urinate on him, at least not after he’s dead.

The latest scandal of the war on terror — the release of the video of four Marines urinating on the corpses of two dead Afghanis (“Have a good day, buddy”) — has turned the game of geopolitics downright surreal.

Secretary of State Hillary Clinton, exercising code-red damage control, said the men may be guilty of a war crime.  Official condemnation of the act has been far swifter and more severe than the routine statements issued by Pentagon spokespersons after the mere bombing of a village and the deaths of disputed numbers of women and children.  There were no press releases dismissing the incident because the desecrated Afghanis were insurgents.

It was almost as though, in the game of war, where nothing is sacred except the supremacy of power — winning — this is where power stops and humanity begins: You must respect your enemy’s dead body.  It says so right there in the Uniform Code of Military Justice.

However, upon reflection, it seems to me that, in all likelihood, in an era where positive spin is crucial to a successful war effort, the official stand in defense of the dignity of corpses may not be in deference to morality so much as public relations.  If skewering the head of one’s enemy on a pike furthered a political end, official “thou shalt not” morality would manage to find a loophole for such behavior (it’s for the greater good), and the nation’s ultimate moral stand would retreat even further into obscurity and irrelevance.

My point is this: Morality is no match for the need to win, for the culture of domination.  And the moral bedrock of civilization is nothing but sandstone.

This is not a plea for sterner morality but for a shift away from domination mentality, whether at the personal, the corporate or the geopolitical level — or at least for public awareness of the price we pay when we build a nation around the endless defeat of enemies, real and imagined.

“When you ask young men to go kill people for a living, it takes a whole lot of effort to rein that in.”

The quote is from a breezy Associated Press story about the urination incident, putting corpse desecration into context.  The speaker is a Marine lieutenant “who teaches the law of war to Marines before they are sent off to Afghanistan.” His point is that we shouldn’t judge these men too harshly.

The point is made with more vehemence further down in the story, when the reporters quote a Vietnam vet who sneers at the public’s “naïveté” about war: “I did a hell of a lot worse in Vietnam than urinate on some dead bodies,” he said.  “We cut left ears off and wore them around our necks to show we were warriors, and we knew how to get revenge.”

It’s just part of the time-honored tradition of war, from Achilles and Hector onward through the bloodstained millennia.  The AP story reads like the shadow version of the speech President Obama gave at Fort Bragg last month, announcing the shutdown of the Iraq operation: “You are part of an unbroken line of heroes spanning two centuries . . .”

When war is merely upcoming — with Iran, for instance — we talk about it with matter-of-fact abstraction and, of course, urgency.  Gotta do it now or . . . or . . . Iran will become a member of the nuclear club, and then there will be hell to pay. And then we go to war and there is, indeed, hell to pay, but we pay it with a shrug and the unspoken words: What did you expect?  “When you ask young men to go kill people for a living, it takes a whole lot of effort to rein that in.”

Such quotes, however, did not accompany the recent stories about another former Marine, 23-year-old Itzcoatl Ocampo, who served in Iraq in 2008 and was arrested last week for the murders of four homeless men in Anaheim and Yorba Linda, Calif.

Ocampo, by all accounts, suffered not only serious and untreated PTSD related to his military service, but had this condition compounded by poverty.  “After he left active duty in 2010, Ocampo returned to Orange County to find his father living under a bridge,” according to a KTLA-TV report.  His father was homeless!  He loved his father.  He started stalking and murdering homeless men — desecrating their corpses with 40 or more stab wounds — and even showed a picture of one of his victims to his father, warning him of the dangers of the street.

The psychology here is over the edge, but “when you ask young men to go kill people for a living . . .”

Let us stop shrugging off the madness of war — and I mean that term literally. We try to contain this madness with crisp rhetoric, discipline and honor codes, but human psychology will have none of that.

When the glory of victory eludes us, we can only impose our will on corpses. 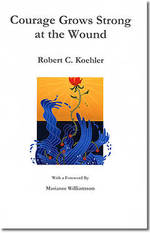 One response to “The Dignity of Corpses”