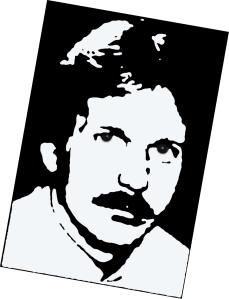 Eight years ago, December 10, 2004, respected and award-winning investigative journalist Gary Webb was murdered by a conspiracy of an apathetic citizenry, corporate malfeasance and government corruption.  The Sacramento County coroner, Robert Lyons, publically, if hastily, characterized the gunshot wounds in Gary Webb’s head three times before finally ruling the double-gunshot wound to Webb’s face a “suicide,” noting the use of a .38 caliber revolver, the presence of a suicide note and Webb’s close friend and ex-wife, Sue Bell, claiming that Gary, “had been depressed about being unable to obtain employment from another major newspaper for some time.” The San Jose Mercury News, on orders from “on high,” had terminated Gary Webb’s career progression after they claimed they had discovered errors in trivial matters of fact in his career-capping exposé, “A Dark Alliance” (ADA).

The truth, as Sue Bell explains it, is quite clear.  From her perspective, Gary was subject to bouts of clinical depression since his ADA story had caused so much criticism and derision to come his way from unexpected sources.  Many great communicators of the written word have been known to suffer from schizoaffective disorders (depression being the most “popular”), but Webb had also had several motorcycle accidents in the months leading up to his eventual suicide at age 49.  Perhaps not coincidently, Webb ended his life on the same day, albeit seven years prior, he had resigned from the San Jose Mercury News – December 10, 1997 – approximately one year and a thousand lonely nights after his employer had published his career-capping exposé.

Suggesting that “bouts of clinical depression” can be caused in adulthood by a career-related trauma involving the written word, alone, appears insufficient to me.  As a person who suffers from bouts of chronic depression as well as post-traumatic stress related to childhood trauma, I can assure the gentle reader that any problems with mental illness Gary Webb had related to his ADA story would have had their genesis long before Webb even made his career choice of, “Journalist,” assuming his illness was not caused by his treatments for situational depression.  And, in fact, there were reports of Webb being difficult to work with at times and subject to the kind of bursts of anger that often characterize chronic depression in males.  People who suffer from mental illness can spend their whole lives looking outside themselves for “reasons” why they are often irritable, sad or cynical.  I think it is fairly easy to see that if a thoughtful person, like Gary Webb, observes the government of their homeland falling completely apart while a flock of “vultures,” in this case rogue elements within the Central Intelligence Agency, can be observed picking at the dying body of governmental order, such disturbing ideas might be used to rationalize or justify a personal distempered condition.  But even Webb would have said, “facts are facts”; if all I can see in my life are reasons to be sad or irritable while the world continues to spin, happily if haphazardly, on its axis, the origins of my problem are beyond obvious.

In my experience, I am my own worst enemy.  I tend to hide from myself the most obvious of facts.  If I have had a problem with my environment, I could never solve your part in my problem.  I know this because I have tried, desperately, to do precisely that.  We, together, have to accomplish solving our conjoined problem, while I continue to address my problems and you continue to address your’s.  If we cannot engage with one another in solving our shared problems, for whatever reason, I must fully accept that fact or I will be consumed in a battle that cannot be won.  This is what is ugly and heartbreaking about any mental illness and depression is no exception: I cannot engage with any of my peers because I cannot even begin to engage with myself for whom and what I am.  More simply put, if my problem with you is that you are an idiotic Pollyanna or some other classification of being of an unacceptable order, we have only war and conflict to look forward to.  If I choose war, I need to get busy engaging you as an enemy or I will suffer defeat.  If I choose peace, I need to fit myself into a being who can engage you in a constructive process.  Note that we might still be enemies at war, by your choice, but my goal as a peaceful participant is to wear you down with minimal cost to myself and my resources, but also giving consideration to you and your resources because my own goal is to, at some point, engage you constructively as a partner.

I have not yet read ADA cover-to-cover, but it is available for free, here.  If you love books or want to help Gary’s kids, buy a hardcopy here.  As a person who has studied Communication and rhetoric at a graduate level, what I have read of ADA betrays none of the characteristics of the writings of a self-pitying, brainstorming, manic or depressive character void of clear thinking.  Gary Webb’s ADA, while categorized as, “fiction,” is far from that genre.  In fact, and characteristic of good journalism, Webb pulls a lot of punches that in retrospect should have been fully landed to the jaw of the global power structure.  Note that we should no longer waste our time landing blows to the proxies of the global power structure like the CIA, DNI, Homeland Security, Congress, the Courts or the Executive.  In fact, the governments of every sovereign nation are mere pawns of global power.  Vast concentrations of economic wealth positioned at or near the natural resources we rely on for the energy to perform modern labor is where we will find true global power.  When these power structures are engineered to serve the interests of life on planet Earth, as well as the creation and preservation of functional, constructive human interaction, the governments operating beneath these global power structures will eventually come to heel.

Admittedly the ideas Gary Webb presented in ADA are horrific – a secret, clandestine agency within a federal representative government (e.g., the CIA) exists and is profiting handsomely from sowing misery and murder among its constituent pariahs and social outcasts, using those profits to conduct foreign policies not officially sanctioned, or sanctionable, by the federal representative government in question.  Note that “horrific” is not unprecedented and, in fact, this despicable behavior happens all the time, now and in the past, in non-representative governments all over the world.  That Webb accurately identified and characterized an on-going illegal, immoral and unethical governmental activity is beyond question; that Gary Webb was ruthlessly punished by his society and peers for the sin of speaking the truth to power is a matter of records both public and private.  But three takeaway questions Gary Webb left us unanswered in ADA are: 1) Does governing humans have to become such an ugly, forbidding process?  2) Did we have representative government in the United States of America, c. 1987?  And, 3) What about now, c. 2012?

Clearly the cognitive dissonance and timing of the ideas presented in ADA, in tandem with their impact on persons more socially and politically powerful than Gary Webb, were allowed to end Webb’s life.  Whether that death was a suicide or an assassination is no longer a high priority issue of concern to the collective citizens of the United States.  We, as citizens, have questions we still need to answer and consequences we still need to sort through even eight long years later.  The families of the dead should be left to grieve in peace with an eye toward reconciliation and healing; as just another apathetic member of a society of turd merchants that have allowed Presidents, public servants and citizens to be murdered in cold blood without consequence, sometimes by the score, it is the least I can do not to dubiously pry open a wound so deep and so profound.

What happened to Gary Webb on December 10, 2004, was every bit as horrific to him, his friends and his family as what he wrote about in ADA, to say nothing of investigative journalism as an occupation.   In my personal experience, any “score settling” that needs to take place in order to preserve notions of simple human decency will naturally occur as society comes to accept the truth about itself and its identity.  When an entity as massive and slow as a society moves in your individual direction with ill intent, there is little one can do but be crushed.  The alienation and isolation of such a position, alone, can be quite vicious; that it also ends with a series of slow, bone-crushing crunches as a life deemed worthless is pressed out of existence makes the matter unworthy of concern for justice or just punishment.  As one sows, so shall they reap, for themselves as well as their families, unless society, itself, intervenes.

On this sad and tragic anniversary of the death of American Hero Gary Webb, let us remember the individuals and their families and hold them in our hearts.  Let us intervene that we might one day find a way to detach the heroic from the tragic, making the heroic commonplace and worthy of the representative democracy our Founding Fathers had intended for us in the Fall of 1789.