A serious question for Democrats on Syria

Posted on September 8, 2013 by Michael Collins | Leave a comment 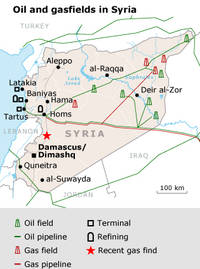 Leaders of the Democratic Party and their media side kicks are giving President Barack Obama a free ride on his proposal to attack Syria.  Along with the Republican leadership, they’re ignoring the strong opposition to any attack by citizens in both parties and independents.

The president’s proposed military strike targets a government that has neither attacked nor threatened to attack us or our allies.  Obama did so without any intent to get congressional approval and before any evidence was made public.  He and the Secretary of State announced the attack without regard to clear international law which bars the unprovoked attacks on sovereign nations.

We are told, Trust me.  I’ve made the decision.

Does this remind you of anyone?  The president is Barack Obama but the words sound just like those of former President George W. Bush before the 2003 Iraq invasion.

During the Bush years, Democrats were up in arms about the doctored evidence behind the Iraq invasion and the rush to war.  Bush must get congressional approval, they argued.  He needs to justify any action through the full release of accurate, verified information.  A few Democrats worked closely with conservative Republicans like former Representative Ron Paul to challenge the legality of the war given the lies used to justify it and prevailing international law.  Former prosecutor Vincent Bugliosi went so far as to draft a legal brief for The Prosecution of George W. Bush for Murder.   The cry to impeach Bush was heard on a regular basis.

What are Democratic leaders and the media doing to stop the illegal attack on Syria?

Democratic leaders supporting the proposed attack on Syria are suffering from political amnesia.  Democratic senators Barbara Boxer of California and Dick Durbin of Illinois had been harsh critics of the Bush invasion.  On Wednesday, they both voted in favor of an attack on Syria in the Senate Committee on Foreign Relations.  Senator Carl Levin of Michigan, consistently identified with the liberal wing of the party, announced his support for the president’s attack plan saying that he was “confident” that “we are going to make more robust our support for the Syrian opposition that is vetted [read, that is not Al Qaeda].”

Democratic media figures are soft selling the case against Obama’s proposed military aggression.   Chris Matthews speaks about the political harm to Democrats forced to vote with the president.  Rachel Maddow advocates United Nations action but took the time to deride conservatives for an irrational dialog (she picked Rush Limbaugh as the spokesman for conservatives).

Where is the outrage? 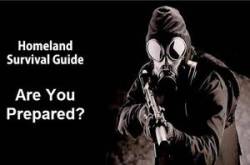 Two Michigan members of the House of Representatives united just a few weeks ago to make history.  Conservative Republican Justin Amash and liberal Democrat John Conyers offered an amendment to the defense spending bill that nearly passed.  Amash-Conyers would have stopped NSA spying on all citizens by requiring that surveillance be approved only in the case of a person who is the subject of an investigation.” The loss, 205 to 217, saw 111 Democrats and 94 Republicans uniting to oppose unrestrained NSA spying.

Amash and Conyers didn’t call each other names or fret over minor issues.  They forged a common interest in behalf of all citizens and showed the power of unified action.

The people oppose military action by clear majorities.   The people don’t trust the leaders, including the president.  They are speechless when they hear that such a strike would aid rebels strongly aligned with Al Qaeda.  They will be shocked when they find out that the Syrian government targeted by the proposed attack is protecting minority Christians against the rebel forces who waste no time killing Christians whenever they get the chance.

The House is the place where the people can draw their red line.  International law restrains military attacks like the one proposed unless approved by the UN.  The entire purpose of a congressional authorization is to bypass the UN where any authorization to attack Syria will be vetoed by Russia or China.  Congress is where the battle will be fought.  And, most likely the House will be the last stop before the president gets his sixty days to turn the tide of a civil war in favor of the forces the White House and Congress have supported for two years.

Now is the time to make history

The case against attacking Syria is strong legally, politically, and morally.

Now is the time for Democrats and Republicans in the House to unite and push beyond the 205 votes to reach a majority that will end the madness and make real history.

The divisions of political philosophy dissolve when the facts are considered and the wisdom and will of the people is heeded.

Here is the serious question for the leadership and representatives of both the Democrats and Republicans in the House:   Do your leaders reflect the will and wisdom of the people or a narrow interests  that seek military action every time one of their overseas oil, gas, weapons, etc. deals is frustrated?

We need to recognize that that taking care of our people and our country first is the priority rather than launching another unjustified, illegal foreign.

Once we recognize that, political ideology is no longer an issue.  We can work together and make history.

This entry was posted in Military, Obama and Company, Region: Middle East, War and Peace and tagged resource wars, syria. Bookmark the permalink.