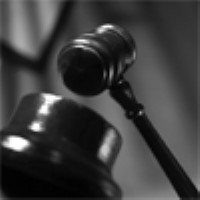 The latest group to challenge Monsanto is heading to the US Supreme Court, this time to seek a covenant not to sue when their crops become genetically contaminated.

The Organic Growers and Seed Traders Assn., et al. filed their petition for writ of certiorari on Sept. 5, appealing a lower court ruling that determined that Monsanto’s website and court statements promising not to sue rendered OSGATA’s action moot.

As discussed in Monsanto can still sue farmers for GMO contamination event, Monsanto promised not to sue only if one percent or less of the crops or seeds were contaminated, not a very likely scenario, as the OSGATA plaintiffs reasoned in their Supreme Court petition:

“However, Petitioners risk being contaminated in amounts much greater than 1%, and thus remain compelled to forgo full use of their land and adopt genetic testing of their seed supplies in order to avoid being accused of patent infringement by Respondents.”

Jim Gerritsen, an organic seed farmer in Maine and President of OSGATA, said, “We don’t think it’s fair that Monsanto can trespass onto our farm, contaminate and ruin our crops and then sue us for infringing on their patent rights.”

They also seek to overturn Monsanto’s patents as invalid on the grounds they cause more harm than good. Daniel Ravicher, Executive Director of the Public Patent Foundation and lead counsel for plaintiffs, explains the patent challenge:

A growing body of evidence continues to show that biotech crops require more pesticides than regular crops, after the first few years, because weeds and insects develop resistance. Most recently:

The only valid use for transgenic crops is biotech profits. When weighed against all the harm wrought by GM crops, any reasonable and uncorrupted mind would invalidate the patents. If plaintiffs win this claim, all transgenic patents may be invalidated.

But, not only will the suit be heard by a Supreme Court stacked with Monsanto lackeys, as we saw in the Geertson Seed case, it’s also being heard in a federal landscape devoted to corporate profits at the expense of everyone else, including the environment.

Late last night, the House of Representatives passed a three-month extension for the Monsanto Protection Act, or formally, the Farmer Assurance Provision, which Obama signed into law earlier this year. The Senate is expected to follow along.

This rider permits the USDA to override judicial authority and allow the planting of genetically modified seeds, despite any court order to the contrary. Such a law destroys the independent balance among our three branches of government, representing a power grab by the legislative branch to thwart the will of the judicial branch.

It does not seem likely the High Court, along with Congress and the Administration, will do anything but promote Monsanto’s profits. No doubt, though, we should support pursuing all legal remedies available to us.