In addition to the films recommended below, see full list of Rady Ananda’s film reviews at http://radyananda.wordpress.com/film-reviews/

Passing Through Shadow an Interview with Ben Stewart (2010, 126 mins) Ben is a musician and seminal documentary filmmaker. His films Esoteric Agenda and Kymatica are thoroughly researched and thought provoking, and I highly recommend them. Join us as we discuss his films and the nature of human consciousness and how this relates to the societies we have built.

COTO Report City of Angels: An Interview with Jordan Maxwell Occult symbolism from past to present. (2010, 89 mins)

COTO Report British Edition: An Interview with David Icke Audio interview with prolific author David Icke, one of the world’s leading researchers into the New World Order and the nature of reality. (2010, 170 mins)

These Things I Promise by Barack Obama. The lying dancer in less than two minutes. (2010)

5 Monkeys Start with a cage containing 5 monkeys…. this story illustrates how human society keeps doing the same things over and over again because – “that’s the way things have always been done around here.” (2009, 2 mins.)

Marine Disclosure Project As long as there have been creatures who live in the sea, legends have been told about cruel monsters who dwell above the water.  (2009, 2 mins.)

Obama Speaks 911 Truth for a Real Change In order to awaken the people about Obama’s agenda, Alex Jones organized a contest centered around the Obama as Joker poster. This was my entry for the competition.  (2009, 2 mins.)

Time Is Up This illustrates through photos and artwork an extract from Richard C. Cook’s title “Jesus on a White Horse.”  (2009, 2 mins.) 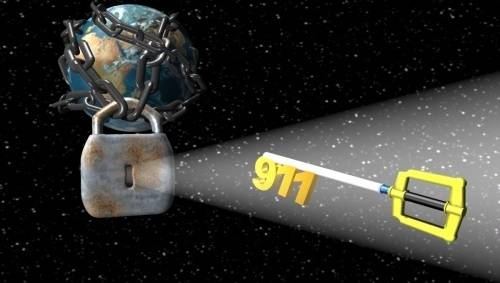 Meltdown – The Secret History of the Global Financial Collapse (2010, 180 mins)

7/7 Ripple Effect Shows the similarities between the terror training exercises on 9/11 in NYC and on 7/7/2005 in London, focusing on the evidence supporting the conclusion that 7/7 was also an inside job. (2007 57 mins.) http://JforJustice.co.uk

Deceptions, Chris Pratt briefly covers 911, but then explores Bush-Obama as puppets, and their masters, the banksters. He looks deeply at world government and its plans to shut down the last venue of free speech that remains: the Internet. (2010, 78 mins)

Anatomy of a Disaster: 2005 Explosion at BP Texas City Refinery, The Chemical Safety Board reviews the details behind lax safety practices and faulty equipment that led to this deadly explosion. (2008, 56 mins)

Renaissance 2.0, The Council on Renewal presents six topics in 12 videos on the New World Order, which essentially began with the 1913 creation of the Federal Reserve Bank: 1. Rise of Financial Power; 2 Debt: Imperial Power and Control; 3. Ownership; 4. Culture of Empire (in four parts); 5. Emerging Global Empire (in two parts); and 6. Brightening the Future (in three parts). (2010, 106 mins)

Nanothermite: What in the World is High-Tech Explosive Material Doing in the Dust Clouds Generated on 9/11/2001? Dr Steven Jones’ scientific presentation  in Sacramento, California, April 30, 2009. (60 mins)

Checkpoint Israeli filmmaker Yoav Shamir once served his army reserve duty as a checkpoint guard, inspiring him to make this film (2010, 80 mins)

Psywar: The Real Battlefield Is the Mind Scott Noble explores US propaganda and the “elitist theory of democracy” juxtaposed with the idea that without economic equality there can never be political equality. Metanoia-Films.org (2010, 99 mins)

The Israel Lobby, Dutch Tegenlicht episode in response to controversy on John Meirsheimer and Stephen Walt’s 13,000-word article in London Review of Books. Features historian Tony Judt, among others, who question US allegience to Israel. The first 2 minutes are in Dutch, but the rest in English. (2007, 52 mins)

One Mainframe to Rule Them All: IBM, VeriChip and the Human Microchipping Agenda Faull Bros. (2009, 44 mins)

GasLandJosh Fox cataloged what is happening across the US as gas drilling has embraced hydraulic fracturing, developed by Halliburton. Tap water ignites, people get sick, animals die. Support the 2011 FRAC Act; Oppose HR 1380: No tax subsidies for fracking.  (2010, 103 mins)

Israeli Attack on the Mavi Marmara Iara Lee smuggled out this raw video from the May 31 seige on the high seas. (2010, 63 mins)

Wake Up Call John Nada compiles the work of others into this lengthy catalog of evidence of an elite conspiracy for global domination. (2008, 150 mins)

War: Anybody’s Son Will Do Documentary inside the US Marine Corps, hailed as the best antiwar film on the market. (1983, 56 mins)

Camp FEMA: American Lockdown Alex Jones is featured in this documented theory that the US government is readying itself to intern thousands, if not millions, of US citizens. (2009, 90 mins)

Why We Fight Eugene Jarecki . Interviewing foot soldiers to Pentagon officials to Members of Congress, the film reveals the core philosophies of American military strategy. (2005, 97 mins)

The War on Democracy John Pilger film:  Set in Latin America and the US, it explores the historic and current relationship of Washington with countries such as Venezuela, Bolivia and Chile.  (2007, 94 mins)

Grass – The History of Marijuana Ron Mann offers an historical context for why our society is so confused about this wonderful and sacred plant.  (1999, 119 mins)

Fall of the Republic: The Presidency of Barack H. Obama Alex Jones documents how an offshore corporate cartel is bankrupting the US economy by design. (2009, 145 mins)

9/11: Press for Truth Six courageous 9/11 family members, including three of the famous “Jersey Girls,” tell for the first time the powerful story of how they took on the greatest powers in Washington. (2006, 84 mins)  Or see 15-minute version, extracting the highlights.

Money Talks: Profits Before Patient Safety John Wellington Ennis exposes the questionable tactics that big drug companies use to make record profits by playing with the safety of our family’s health care. (2006, 51 mins)

Sicko Michael Moore weighs the plight of the uninsured (and the insured who must deal with abuse from insurance companies) against the record-breaking profits of the pharmaceutical industry. (2007, 123 mins)

We, Arundhati RoyNationalism of one kind or another was the cause of most of the genocideernet of the 20th century. Contemporary music overlaid throughout shifts the mood and quickens the pace. (2007, 65 mins)

Home Yann Arthus-Bertrand takes a slo-mo aerial tour of Earth, urging us to redirect our use of energy, agriculture, and transportation. (2009, 94 mins)

What in the World Are They Spraying, G. Edward Griffin, Michael J. Murphy, and Paul Whittenberger. (2010, 98 mins)

Environmental Deception Michael Murphy (2008, 20 mins). Link takes you to his speech at the May 2010 Belfort Symposium. At about 17 minutes into the video of his speech, the film is shown.

Don’t Talk About the Weather Weather control via HAARP and chemtrails affect all of us, yet governments are silent about the effects. 9/11, RFID chips and elite motives are also discussed. (2008, 241 mins)

UFOs
For reliable info on UFOs, see this WantToKnow.info portal.

The World According to Monsanto Marie-Monique Robin exposes how a chemical manufacturer got into the food game by creating crops resistant to their pesticides.  (2008, 109 mins.)

One Man, One Cow, One Planet Barbara and Thomas Burstyn, featuring Peter Proctor. What does an environmentally friendly biodynamic food system capable of feeding everyone actually look like? (2007, 98 mins)

The Future of Food Deborah Koons Garcia produced one of the first films to address genetically modified crops. (2004, 89 mins)

Life Running out of Control Bertram Verhaag – one of several films he’s made about genetically engineered food. (2004)

Plants for a Future Based on Ken Fern’s book, the film shows how, for a few hours each week, you can produce a medicinal, edible garden that also provides clothing and building material. (n.d. 48 mins)

Super Size Me Morgan Spurloch exposes the toxicity of fast food by eating only at McDonald’s while a physician tracks his health decline. (2004, 100 mins)

Sweet Misery, Cori Brackett and JT Waldron show how food “safety” authorities around the world, including here in the US, are fucking us up with aspartame, a neuroendocrine disrupter linked with blindness, diabetes and paralysis. (2006, 90 mins)

RELATED: A Silent Forest: The Growing Threat, Genetically Engineered Trees Dr. David Suzuki, an award-winning scientist and host of Canada’s The Nature of Things, narrates. Best Film: Forest Category, Earthvision Film Festival. Or buy it and support the cause. (2005, 45 mins.)