By The Economic Collapse

Most people have no idea that Wall Street has become a gigantic financial casino.  The big Wall Street banks are making tens of billions of dollars a year in the derivatives market, and nobody in the financial community wants the party to end.

The word “derivatives” sounds complicated and technical, but understanding them is really not that hard.  A derivative is essentially a fancy way of saying that a bet has been made.  Originally, these bets were designed to hedge risk, but today the derivatives market has mushroomed into a mountain of speculation unlike anything the world has ever seen before.

END_OF_DOCUMENT_TOKEN_TO_BE_REPLACED

Massachusetts Supreme Court Voids Most Foreclosure Sales from Past 5 Years

On Oct. 18th, 2011 the Massachusetts Supreme Judicial Court handed down their decision in the Francis J. Bevilacqua, III vs. Pablo Rodriguez – and in a moment, essentially made foreclosure sales in the commonwealth over the last five years wholly void. However, some of the more polite headlines, undoubtedly in the interest of not causing wide spread panic simply put it “SJC puts foreclosure sales in doubt” or “Buyer Can’t Sue After Bad Foreclosure Sale”

In essence, the ruling upheld that those who had purchased foreclosure properties that had been illegally foreclosed upon (which is virtually all foreclosure sales in the last five years), did not in fact have title to those properties.

END_OF_DOCUMENT_TOKEN_TO_BE_REPLACED

The first top-to-bottom audit of the Federal Reserve uncovered eye-popping new details about how the U.S. provided a whopping $16 trillion in secret loans to bail out American and foreign banks and businesses during the worst economic crisis since the Great Depression. An amendment by Sen. Bernie Sanders to the Wall Street reform law passed one year ago this week directed the Government Accountability Office to conduct the study.

“As a result of this audit, we now know that the Federal Reserve provided more than $16 trillion in total financial assistance to some of the largest financial institutions and corporations in the United States and throughout the world,” said Sanders. “This is a clear case of socialism for the rich and rugged, you’re-on-your-own individualism for everyone else.”

END_OF_DOCUMENT_TOKEN_TO_BE_REPLACED

What’s a capitalist to do?

What’s a capitalist to do when he loses $500 billion and almost single-handedly destroys the global economy? In Japan you would bow deeply in public and express the deepest possible remorse and shame, that is if you already had not committed seppuku. In America, where the Ayn Rand ethos of objectivism reigns supreme, you weasel your way out of any explanation or regret, while riding off in the sunset with your undeserved fortune.
END_OF_DOCUMENT_TOKEN_TO_BE_REPLACED 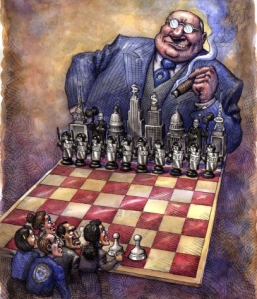 The idea of secret banking cabals that control the country and global economy are a given among conspiracy theorists who stockpile ammo, bottled water and peanut butter. After this week’s congressional hearing into the bailout of American International Group Inc., you have to wonder if those folks are crazy after all.

Wednesday’s hearing described a secretive group deploying billions of dollars to favored banks, operating with little oversight by the public or elected officials. 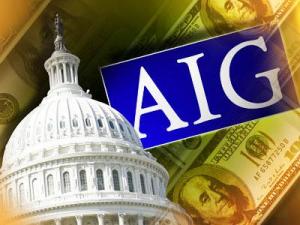 NEW YORK (Reuters) – U.S. securities regulators originally treated the New York Federal Reserve’s bid to keep secret many of the details of the American International Group bailout like a request to protect matters of national security, according to emails obtained by Reuters.

The request to keep the details secret were made by the New York Federal Reserve — a regulator that helped orchestrate the bailout — and by the giant insurer itself, according to the emails.

The emails from early last year reveal that officials at the New York Fed were only comfortable with AIG submitting a critical bailout-related document to the U.S. Securities and Exchange Commission after getting assurances from the regulatory agency that “special security procedures” would be used to handle the document.

END_OF_DOCUMENT_TOKEN_TO_BE_REPLACED 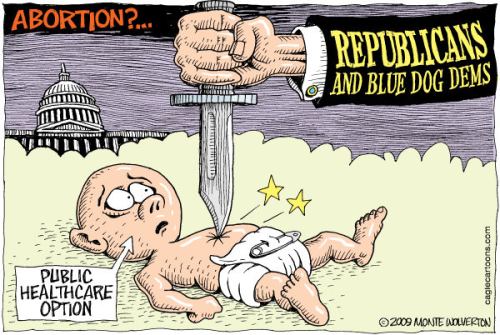 A friend received her emergency room bill in this week’s mail. She opened it with trepidation, scanning down the complicated billing data to the bottom line. It came to $1.90.

Welcome to the Public Option.