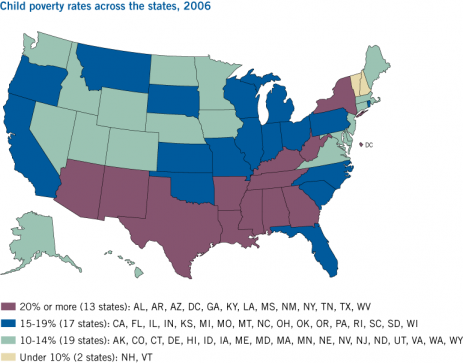 “… America is a new kind of society that produces a new kind of human being. That human being – confident, self-reliant, tolerant, generous, future-oriented – is a vast improvement over the wretched, servile, fatalistic and intolerant human being that traditional societies have always produced.”

Implicit in all the rhetoric our leaders spout about globalisation is the idea that the rest of the world should eventually be brought up to the standard of living of the West, and America in particular. Read between the lines of the ‘sustainable development’ argument and you’ll find the American Dream lurking: it is globalisation’s touchstone, its apparent endpoint.

But if this is the direction globalisation is taking us, it is worth examining where America itself is headed. A good way to do so is to take a hard look at America’s children, since so many features of the global monoculture have been in place their whole lives. They are like canaries in a mineshaft: if the American Dream isn’t working for them, why should anyone, anywhere, believe it would work better for their own children?