What’s creepier than San Fran transit acting like the gestapo, are the comments that follow the article on yahoo.

SAN FRANCISCO (AP) — A decision by San Francisco Bay Area transit officials to cut off cell phone service at some of its stations to thwart a planned protest drew angry response Saturday from one transit board member who said she was shocked that officials acted as “this type of censor.”

END_OF_DOCUMENT_TOKEN_TO_BE_REPLACED

The Fatherland…I mean the Federal government… is spending billions of dollars to surveil American citizens…To protect us against what exactly?

Here’s how it worked in East Germany. Instead of Homeland Security, they called it the Stasi. Must watch to understand where we’re heading: STASI: East Germany’s Secret Police.

END_OF_DOCUMENT_TOKEN_TO_BE_REPLACED

The two greatest visions of a future dystopia were George Orwell’s “1984” and Aldous Huxley’s “Brave New World.” The debate, between those who watched our descent towards corporate totalitarianism, was who was right. Would we be, as Orwell wrote, dominated by a repressive surveillance and security state that used crude and violent forms of control? Or would we be, as Huxley envisioned, entranced by entertainment and spectacle, captivated by technology and seduced by profligate consumption to embrace our own oppression? It turns out Orwell and Huxley were both right. Huxley saw the first stage of our enslavement. Orwell saw the second.

END_OF_DOCUMENT_TOKEN_TO_BE_REPLACED

Elderly Man Evicted from His Land for Living off the Grid

July 1, 2011 UPDATE: UK family living off the grid evicted from their own land

CLASS WAR FILES: On Nov. 30, the Madison County (Indiana) Planning Commission evicted a 72-year-old man from his 38 acres, reported  Wish TV. County Prosecutor Thomas Broderick says the Alexandria resident, Richard L. Thompson, broke all kinds of laws — no electricity, no septic system, no running water, and (lions and tigers and bears!) he lived in a camper on land he bought from his parents.

END_OF_DOCUMENT_TOKEN_TO_BE_REPLACED 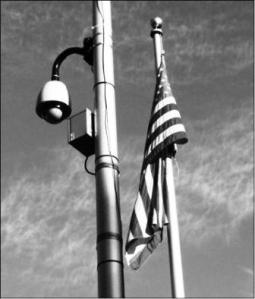 In the wake of the September 11 attacks, we had a post detailing why greater surveillance wouldn’t have helped prevent the attacks. The data was all there, it just wasn’t put together. And yet, in the time since then, the government has, in fact, continually focused on gathering more surveillance (warrantless wiretaps, anyone?), rather than on making better use of the data that is there.