Tim DeChristopher’s Court Speech: ‘This Is What Patriotism Looks Like’ 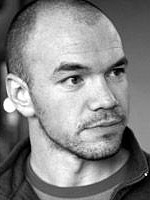 Tim DeChristopher, whose act of civil disobedience stopped the illegal auction of oil and gas leases on thousands of acres of public land, was sentenced yesterday to two years in federal prison for fraudulently halting illegal government actions. This was his statement to the court.

Thank you for the opportunity to speak before the court. When I first met Mr. Manross, the sentencing officer who prepared the pre-sentence report, he explained that it was essentially his job to “get to know me.” He said he had to get to know who I really was and why I did what I did in order to decide what kind of sentence was appropriate. I was struck by the fact that he was the first person in this courthouse to call me by my first name, or even really look me in the eye. I appreciate this opportunity to speak openly to you for the first time. I’m not here asking for your mercy, but I am here asking that you know me.