The unclassified Zelikow torture memo as evidence of crimes

“My colleagues were entitled to ignore my views,” he [Zelikow] continued. “They did more than that: The [2006] White House attempted to collect and destroy all copies of my memo. I expect that one or two are still at least in the State Department’s archives.” Phillip D. Zelikow, State Department Counselor, 2005-2007, to Congress, May 13, 2009

Former legal counsel to the Department of State, Phillip Zelikow, produced a convincing and elegant argument for the immediate cessation of anything that looked like torture in February 2006. The government declassified the memo last week and National Security Archive released it on April 3.

The failure to follow Zelikow’s clear statement of the law, withholding the memo without justification, and the failure to prosecute those responsible for the previous acts represent evidence of crimes.

Blagojevich gets 14 years, but what about these guys?

(Washington, DC) Former Illinois governor Rod Blagojevich just got 14 years in prison. He wheeled and dealed to leverage contributions and other favors based on his position as governor. He was indicted by former special prosecutor Patrick Fitzgerald (who tanked the Valerie Plame case).

Maybe it was the former governor’s colorful (and to some vulgar) language captured on audio tapes or his brash style. Regardless of the motives, the time, money and attention wasted on his indictment and trial stands in stark contrast to the crimes never prosecuted, crimes that resulted in death, unnecessary illness and suffering, and the loss of trillions of dollars caused by the perpetrators of the current economic crisis. (Image: michaelpickard)

President George W. Bush and Vice President Richard Cheney lied about the basis for invading Iraq. As a result, they are responsible for the deaths of soldiers resulting from that invasion and occupation.
END_OF_DOCUMENT_TOKEN_TO_BE_REPLACED

President-Elect Obama’s advisors feared in 2008 that authorities would oust him in a coup and that Republicans would block his policy agenda if he prosecuted Bush-era war crimes, according to a law school dean who served as one of

Posted in NWO, Obama and Company

There hasn’t been much in the way of justice for the average citizen for quite a while. Often, those accused of crimes cannot afford adequate representation and are subject to “let’s make a deal justice.” If you’re unfortunate enough to be sued or party to a divorce proceeding, you soon learn that the court system is an entitlement program for attorneys, not a civilized means of settling disputes. (Image)

The last decade has been devastating for what many thought were inviolable fundamental rights.

END_OF_DOCUMENT_TOKEN_TO_BE_REPLACED

9/11, WTC7 and the Black Eagle Trust: How Bank of New York may have laundered $240 billion 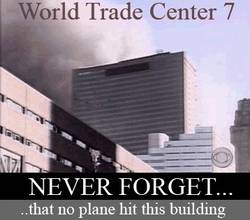 “On that fateful day, the Securities and Exchange Commission declared a national emergency, and for the first time in U.S. history, invoked its emergency powers under Securities Exchange Act Section 12(k) easing regulatory restrictions for clearing and settling security trades for the next 15 days. These changes would allow an estimated $240 billion in covert government securities to be cleared upon maturity without the standard regulatory controls around identification of ownership.” ~E.P. Heidner

Few people are aware of the huge Black Eagle Trust fund, let alone its critical relation to the 9/11 attacks. A brilliant summary of excellent information regarding this covert fund compiled by meticulous researcher E.P. Heidner ties together many previously unexplained threads in the 9/11 mystery in ways that are most compelling. Heidner presents volumes of solid evidence to support his thesis that one of the main reasons for the attacks was to cover up the laundering of over $200 billion in bonds from this secretive fund that were to come due the day after 9/11.

END_OF_DOCUMENT_TOKEN_TO_BE_REPLACED

Beyond ForeclosureGate – It Gets Uglier

The ForeclosureGate scandal poses a threat to Wall Street, the big banks, and the political establishment. If the public ever gets a complete picture of the personal, financial, and legal assault on citizens at their most vulnerable, the outrage will be endless. (Image)

Foreclosure practices lift the veil on a broader set of interlocking efforts to exploit those hardest hit by the endless economic hard times, citizens who become financially desperate due medical conditions. A 2007 study found that medical expenses or income losses related to medical crises among bankruptcy filers or family members triggered 62% of bankruptcies. There is no underground conspiracy. The facts are in plain sight.

ForeclosureGate represents the sum total illegal and unethical lending and collections activities during the real estate bubble. It continues today. Law professor and law school dean Christopher L. Peterson describes the contractual language for the sixty million contracts between borrowers and lenders as fictional since the boilerplate language names a universal surrogate as creditor (Mortgage Electronic Registration System), not the actual creditor. Other aspects of ForeclosureGate harmed homeowners but the contractual problems that the lenders created on their own pose the greatest threats.
END_OF_DOCUMENT_TOKEN_TO_BE_REPLACED

Well if George Bush Wasn’t Behind the Egyptian Revolution, What About Robert Rubin?

Posted on February 14, 2011 by Michael Collins | Leave a comment

The forces of globalization are increasingly and in surprising places and ways under attack. Globalization did not happen by accident; it was the result of policies put in place by people with a particular agenda.

Matt Stoller, a former policy advisor to Rep. Alan Grayson, has posted this morning his insights into the Egyptian Revolution – insights that are quite different from the usual take on these events. They can be found here at the Naked Capitalism blog managed by Yves Smith.

Stoller dismisses the fanciful praise of social networks as a driving force behind the revolution – a story the mainstream media are plugging rigorously. He focuses instead on the participation of young men and women who labor anonymously in the new cheap-labor factory mills set up in Egypt under the direction of Gamal Mubarak, the president’s son and anointed successor. These are the workers who organized the first protests – who responded at great risk to the call for demonstrations, who continued to occupy Tahrir Square despite the provocations from the government, and whose focus on civil liberties was motivated by the repressive police tactics used by the government to enforce the discipline demanded by the mostly-foreign corporations that run the labor mills.
END_OF_DOCUMENT_TOKEN_TO_BE_REPLACED

Not if a state owes you money!

Jeb Bush and Newt Gingrich just published an OpEd in the Los Angeles Times arguing that states would be wise to consider filing bankruptcy to relieve their financial troubles. They cite three states, California, Illinois and New York, while failing to mention the angry elephant in the living room with similar problems, Texas.

“So why haven’t we heard more about Texas, one of the most important economy’s [sic] in America? Well, it’s because it doesn’t fit the script. It’s a pro-business, lean-spending, no-union state. You can’t fit it into a nice storyline, so it’s ignored,” said Business Insider.

END_OF_DOCUMENT_TOKEN_TO_BE_REPLACED

It was three months into Barack Obama’s presidency, and the administration — under pressure to do something about alleged abuses in Bush-era interrogation policies — turned to a Florida senator to deliver a sensitive message to Spain:

Don’t indict former President George W. Bush’s legal brain trust for alleged torture in the treatment of war on terror detainees, warned Mel Martinez on one of his frequent trips to Madrid. Doing so would chill U.S.-Spanish relations.

END_OF_DOCUMENT_TOKEN_TO_BE_REPLACED

Posted in Obama and Company, Torture 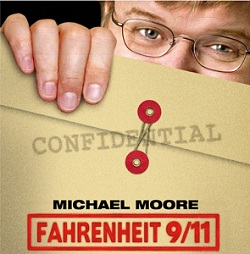 Another WikiLeaks Cable from the Bush Administration about My Movies

Twice within four days, my name has popped up in the Bush-era secret cables uncovered by WikiLeaks. Lucky me. Though nowhere near as earth-shattering as the uncovering of American misdeeds in Iraq and Afghanistan, these classified cables provide a stunning and bizarre peek into the paranoid minds of the Bush White House when it came to the subject of one Michael Francis Moore.

And considering how WikiLeaks has released only 1,826 cables of its planned drop of 251,287 — and I’ve already played a starring role twice — I can only say I await with bemused anticipation how the moi-storyline will play itself out.

END_OF_DOCUMENT_TOKEN_TO_BE_REPLACED

Fiction delivers justice that reality rarely approaches. Victims endure suffering and emerge as victors after overcoming incredible challenges. Stieg Larsson’s gripping Millennium Trilogy weaves a story of revenge and triumphs for Lizbeth Salander, locked away in a mental institution and sexually abused for years. When Salander got out and threatened to go public about a high level sexual exploitation ring, the perpetrators sought to lock her up again. In the final installment, The Girl Who Kicked the Hornet’s Nest, Salander found some justice. (Image)

Susan Lindauer’s autobiography, Extreme Prejudice, tells a story with certain broad similarities. In her case, however, the hornet’s nest kicked back with a real vengeance. After over a decade as a U.S intelligence asset, Lindauer was privy to information about pre war Iraq that threatened to serve up a huge embarrassment to the Bush-Cheney regime. She hand delivered a letter to senior Bush administration officials in hopes of averting what she predicted would be the inevitably tragic 2003 US invasion of Iraq. Those officials, unnamed in the indictment, were her second cousin, then White House chief of staff Andy Card, and Colin Powell.
END_OF_DOCUMENT_TOKEN_TO_BE_REPLACED

New Facts Call Into Question DOJ Investigations Past and Present

Four days before Connecticut’s Nora Dannehy was appointed to investigate the Bush administration’s U.S. attorney firing scandal, a team of lawyers she led was found to have illegally suppressed evidence in a major political corruption case.

This previously unreported fact from Dannehy’s past calls into question her entire national investigation. The revelation similarly compromises the pending investigation by her Connecticut colleague, John Durham, who since 2008 has been the nation’s special prosecutor for DOJ and CIA decision-making involving torture.

Here’s the story, which the Justice Integrity Project I lead just broke in Nieman Watchdog:

But just four days before her appointment, a federal appeals court had ruled that a team of prosecutors led by Dannehy illegally suppressed evidence in a major political corruption case in Connecticut. The prosecutors’ misconduct was so serious that the court vacated seven of the eight convictions in the case. END_OF_DOCUMENT_TOKEN_TO_BE_REPLACED

END_OF_DOCUMENT_TOKEN_TO_BE_REPLACED

Opium, Rape and the American Way

The warlords we champion in Afghanistan are as venal, as opposed to the rights of women and basic democratic freedoms, and as heavily involved in opium trafficking as the Taliban. The moral lines we draw between us and our adversaries are fictional. The uplifting narratives used to justify the war in Afghanistan are pathetic attempts to redeem acts of senseless brutality.