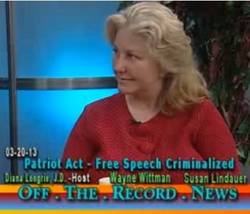 Most of you know I was the Chief U.S. Asset covering the Iraqi Embassy at the United Nations for 7 years before the War. You know I was subsequently arrested on the Patriot Act, locked up on Carswell Air Force Base, and threatened with forcible drugging to silence me, when the Bush cabal decided to blame Pre-War Intelligence for their catastrophic decision to go to War.

On the 10 year anniversary of the start of the War, it’s worth examining the comprehensive peace option hammered out in the two year run up to the invasion. I was traveling in Minnesota this week for speaking engagements. In a television interview, I discussed the peace option at length.

END_OF_DOCUMENT_TOKEN_TO_BE_REPLACED

TRIPOLI, Global Research, August 10, 2011 – The North Atlantic Treaty Organization (NATO) conducted intensive attacks on Libyan civilians in the night of August 8 and in the early hours of August 9, 2011 from approximately 2:00 a.m. to 4:00 a.m. EET.

Civilians in Tripoli and many other cities in Libya were bombed indiscriminately by NATO.

END_OF_DOCUMENT_TOKEN_TO_BE_REPLACED

The U.N. Flotilla Report Goes Down the Media’s Black Hole 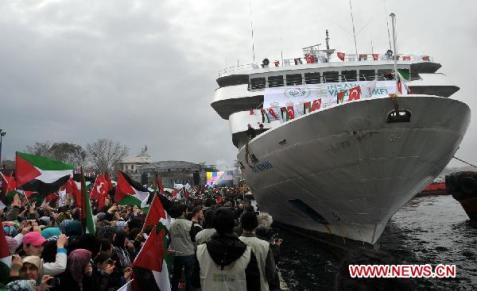 People gather to welcome home the Mavi Marmara, the flagship of the ill-fated Gaza flotilla attacked by Israel this summer, in Istanbul, Turkey, Dec. 26, 2010. The Mavi Marmara departed from Turkey in May to break the Israeli blockade on Gaza and deliver humanitarian aids. On May 31, Israel raided the ship in international waters before it could reach its destination and killed nine activists aboard. (Xinhua/Chen Ming)

The U.N. Flotilla Report Goes Down the Media’s Black Hole

The return of the Turkish Mavi Marmara to Istanbul and efforts to end the Israeli-Turkish diplomatic chill has produced a number of media reports that mention the May 31 Gaza-bound aid flotilla.  But news outlets are continuing to frame the events aboard the flotilla ambivalently, and there is a media blackout of mentioning the one independent report on the Israeli raid that has been released.

END_OF_DOCUMENT_TOKEN_TO_BE_REPLACED

The Principles of Democracy: A Shocking New Low in Official Comprehension

In the annals of democratic evolution, Professor Griffin’s masterful analysis is sure to become a classic, for it illustrates the shocking degree to which even high-level American scholars have lost sight of constitutional principles in the wake of 9/11.

END_OF_DOCUMENT_TOKEN_TO_BE_REPLACED

Real vs. Fake Crises: Concealing the Risk of an All Out Nuclear War

We have reached a turning point in our history. The US and its allies are preparing to launch a nuclear war with devastating consequences. During the Cold War, the concept of “mutual assured destruction” (MAD) was put forth. An understanding of the consequences of nuclear war largely contributed to avoiding the outbreak of war between the US and the Soviet Union.

Today, in the post-Cold war era, no such understanding prevails. The spectre of a nuclear holocaust, which haunted the world for half a century has been relegated to the status of “collateral damage”. This military adventure in the real sense of the word threatens the future of humanity.

END_OF_DOCUMENT_TOKEN_TO_BE_REPLACED

The paper “Conspiracy Theories” by Harvard law professors Cass Sunstein and Adrian Vermeule is a warning for all 9/11 Truth groups. Although the paper is allegedly about conspiracy theory in a general sense, it is clearly centered on 9/11. I submit that this indicates a rising concern within certain powerful but ill-defined circles. Below is a self-explanatory segment from Sunstein’s Wikipedia page as well as Dr. David Ray Griffin’s new book, Cognitive Infiltration: An Obama Appointee’s Plan to Undermine the 9/11 Conspiracy Theory.

END_OF_DOCUMENT_TOKEN_TO_BE_REPLACED

I check in regularly at Five Rupees, a Pakistani blog. The writing and analysis is excellent. This blogger, Ahsan, is a Pakistani studying for his PhD in the states. Another is an intellectual property lawyer in Karachi. The third is a mystery. This analysis is aimed at the Pakistani government but applies here as well. ~ Michael

Something strange is afoot among the Pakistani body politic and military establishment. END_OF_DOCUMENT_TOKEN_TO_BE_REPLACED 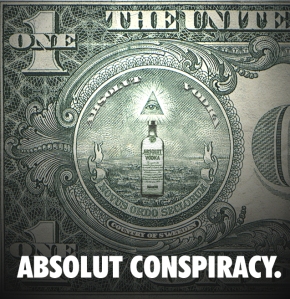 Many people are starting to appreciate the Austrian school of economics, and its recognition that unrestrained bubbles lead to economic crashes.

But many of those who respect Austrian economics dismiss all “conspiracy theories” as being crazy.

“It is also important for the State to inculcate in its subjects an aversion to any ‘conspiracy theory of history’; for a search for “conspiracies” means a search for motives and an attribution of responsibility for historical misdeeds.  END_OF_DOCUMENT_TOKEN_TO_BE_REPLACED

The Democrats, the Deficit, and Social Security 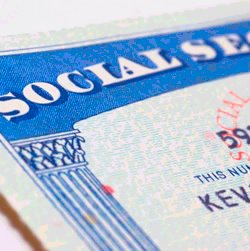 It’s official: the Democrats are coming after Social Security and Medicare.  How refreshing that all the backroom scheming and political conspiring is finally out in the open.  Before, the corporate elite had been having this conversation in private, via right-wing think tanks and business journals.  Now, mainstream media is promoting these ideas, including the Democrat’s media mouthpiece, The New York Times.

END_OF_DOCUMENT_TOKEN_TO_BE_REPLACED

Big myths about the current debate

We offer a run-down of seven falsehoods we’ve taken on recently, with some additional updating and research thrown in.

END_OF_DOCUMENT_TOKEN_TO_BE_REPLACED

Just some stuff I found that had me chuckling:

In spite of dropping numbers, and nowhere near the dramatic death count hyped up by CDC and Manufacturers..

Oddly enough, I suggest that pregnant and obese deaths from the seasonal flu would also be higher than the average citizen END_OF_DOCUMENT_TOKEN_TO_BE_REPLACED

Why is there a proliferation of violence in entertainment and sports, both in the present day and throughout history?

What purpose does such mass media exposure to violence serve with regard to the societal and mental state of the populous?

Who benefits from the agenda of displaying violence in the media and how do they benefit  from people all over the world being exposed every day to this violence?

END_OF_DOCUMENT_TOKEN_TO_BE_REPLACED

When I read about the Defense Department’s plans for my future security, why do I feel so insecure?

END_OF_DOCUMENT_TOKEN_TO_BE_REPLACED

NASA loses the tapes of one of the most important landmark events in human history. Then they find them, but parts have been erased to save money. And now Hollywood is being paid to restore the videos. How could anyone allow these historic tapes to be erased to save money? How could they even have been lost in the first place? I don’t doubt that the Apollo missions went to the moon, but there does appear to be some kind of cover-up and manipulation going on here. END_OF_DOCUMENT_TOKEN_TO_BE_REPLACED