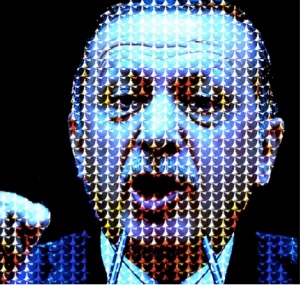 Turkey’s Prime Minister Recep Tayyip Erdogan’s government was caught planning a false flag attack on ISIL rebels in Syria according to audio recordings released today on YouTube.   Erdogan warned Syria that any attacks on the shrine to an 11th century religious figure revered by Turks would cause a military response by Turkey.   The shrine is located just inside Syria on the border with Turkey.  There are no reports that any party in Syria has attacked the shrine. (Syrian False Flag, Mar 24)

A false flag operation could mobilized much needed support for Erdogan’s Justice and Development Party (AKP), which is facing major challenges in March 30 local elections. Since December 17, audio tapes of secret wiretaps exposed criminal behavior by Erdogan and his cronies.  The PM’s response has been varied but a clue to the desperation came when Erdogan said that he would be vindicated of all charges when his party received an endorsement from the people in the elections, now just days away.   END_OF_DOCUMENT_TOKEN_TO_BE_REPLACED

“The international community will say this and that [about the ban], and it doesn’t concern me one bit. [The world] will see the power of the Turkish Republic.”  Recep Tayyip Erdogan, Prime Minister, Turkey, March 20

Things didn’t work out as planned for PM Erdogan when he tried to shut down Twitter in Turkey on Thursday, March 20.  However, the world did see the power of the Turkish people who boosted Twitter usage from 4.54 million to 6.04 million messages in the period after the government ordered the service banned according to the Somera Social Media Rating service.  In addition to the 33% increase in message traffic, Somera reported a 17% increase in users.  Jack Dorsey, co-founder of Twitter, sent a message to Turkish users offering alternatives to access the service.  (Image:  Twitter)  END_OF_DOCUMENT_TOKEN_TO_BE_REPLACED