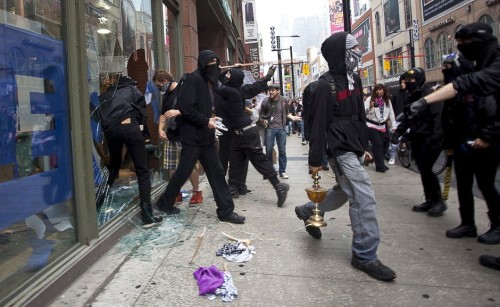 Black Bloc starts riot at G20. Do real anarchists all wear the same shoes. Do they wear uniforms?

The Law Union of Ontario Movement Defence Committee [MDC] has issued an Appeal for broad political support for the G20 arrestees, estimated at nearly 500. Not arrested were members of the supposed anarchist group, Black Bloc, which is suspected of being a police psyops group ordered to start the G20 riot yesterday. Among the protestors, two professional journalists were also reportedly beaten and one arrested.