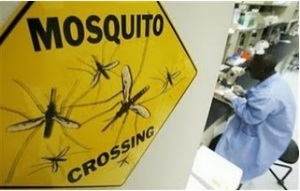 While it is generally clear, even to the relatively uninformed, that government and corporations have become one and the same, the extent to which this is the case is still largely unknown amongst the general public. Likewise, the extent to which this merger is affecting public health is also not widely known. In recent years (aside from their other horrific projects) government agencies, non-governmental organizations (NGOs), think tanks, and corporations have all banded together to combine two of the biggest scourges on the environment and human health — genetic modification and vaccines — into one entity.