Midnight on the Mavi Marmara

At 4:30 am on Monday, May 31, 2010, Israeli commandos, boarding from sea and air, attacked the six boats of the Gaza Freedom Flotilla as it sailed through international waters attempting to bring humanitarian relief to the beleaguered Palestinians of Gaza. Within minutes, nine peace activists were dead, shot by the Israelis. Scores of others were injured.

END_OF_DOCUMENT_TOKEN_TO_BE_REPLACED 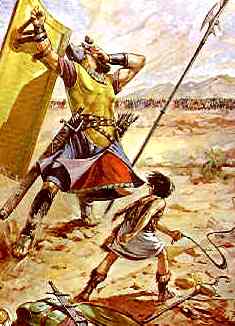 “All those gathered here will know that it is not by sword or spear that the Lord saves; for the battle is the Lord’s, and he will give all of you into our hands.” — 1 Samuel 17:47

I’ve heard the Palestinians called “Hitler’s last victims.” That starts to get at the history of all this — the seed that sprouts anew every generation. Israel, born of the Holocaust, brings to the world not some new way of envisioning a nation, not an experiment in compassion between and among peoples, but the old cruelty, the old wish to be rid of an inconvenience, to grind a defenseless “enemy” out of existence.

Maybe the Gaza blockade, which has wreaked economic devastation on the region, destroyed its infrastructure and kept one and a half million people “food insecure” for the last year and a half, will now be broken by world opinion. Let us hope so, for Israel’s sake as well as the Palestinians’.

END_OF_DOCUMENT_TOKEN_TO_BE_REPLACED

Since January, at least 33 children have been arrested, detained and interrogated by Israeli forces as home demolitions and settler takeovers continue apace. Muslem Odeh, 10, tells IPS that he was taken by Israeli forces on Mar. 11 at 3 am, after police broke into the family’s home in Silwan’s Bustan neighbourhood and pepper-sprayed his father who attempted to protect him.

SILWAN, EAST JERUSALEM, Mar 16, 2010 (IPS) – Three thousand heavily armed Israeli security service forces locked down large parts of the Old City of Jerusalem on Tuesday, as battalions of police fired rounds of tear gas and rubber-coated steel bullets at Palestinian protesters in the occupied eastern part of the city. Nearly 40 Palestinians were wounded and treated at nearby hospitals, as 25 were arrested during intense clashes.

END_OF_DOCUMENT_TOKEN_TO_BE_REPLACED

The Iron Wall: Egypt’s role in the Gaza blockade 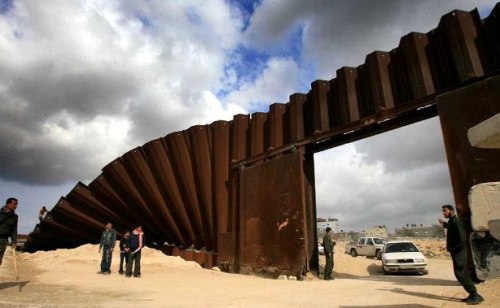 Something odd, almost bizarre, is going on in Egypt these days.

About 1,400 activists from all over the world gathered there on their way to the Gaza Strip. On the anniversary of the ‘Cast Lead’ war, they intended to participate in a non-violent demonstration against the ongoing blockade, which makes the life of 1.5 million inhabitants of the Strip intolerable.

At the same time, protest demonstrations were to take place in many countries. In Tel-Aviv, too, a big protest was planned. The ‘monitoring committee’ of the Arab citizens of Israel was to organise an event on the Gaza border.

When the international activists arrived in Egypt, a surprise awaited them. The Egyptian government forbade their trip to Gaza.  END_OF_DOCUMENT_TOKEN_TO_BE_REPLACED

By The Real News Network

END_OF_DOCUMENT_TOKEN_TO_BE_REPLACED

President Barack Obama will address the nation from West Point Military Academy tonight (Tuesday, 8pm), where he is expected to announce that he is sending 30,000 more troops to Afghanistan.