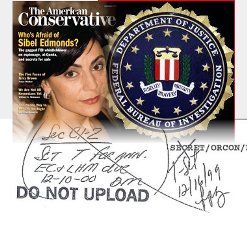 Recently released FBI documents prove the existence of highly sensitive National Security and criminal investigations of “Turkish Activities” in Chicago prior to September 11, 2001. These documents add further support to many of the allegations that former FBI translator Sibel Edmonds has claimed, in public and in Congress, since 2002. The documents were released under a Freedom of Information Act (FOIA) request into an organization called the Turkish American Cultural Alliance (TACA), an organization repeatedly named by Ms. Edmonds as being complicit in the crimes that she became aware of when she was a translator at the FBI.

The documents released under FOIA are almost completely redacted, but they do support many of Edmonds’ claims, END_OF_DOCUMENT_TOKEN_TO_BE_REPLACED

Sibel Edmonds Speaks, But No One Is Listening 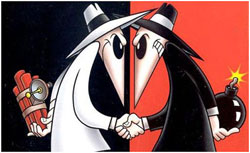 Those who are interested in issues like widespread corruption of our elected officials by foreigners have no doubt followed the ex-FBI translator-turned-whistle blower Sibel Edmonds saga for the past few years.  Sibel has finally testified in court under oath about some of the things that she learned while working for the bureau.  The testimony was in a court in Ohio about two weeks ago.   END_OF_DOCUMENT_TOKEN_TO_BE_REPLACED