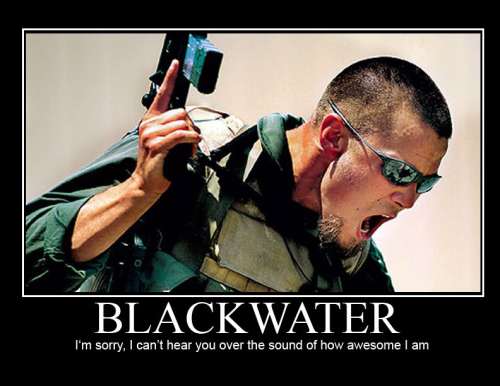 The Central Intelligence Agency has hired Xe Services, the private security firm formerly known as Blackwater Worldwide, to guard its facilities in Afghanistan and elsewhere, according to an industry source.

The previously undisclosed CIA contract is worth about $100 million, said the industry source, who spoke on condition of anonymity to discuss the deal, which is classified.

END_OF_DOCUMENT_TOKEN_TO_BE_REPLACED

Posted in War and Peace

YEMEN – THE RETURN OF OLD GHOSTS 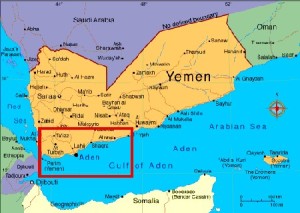 What I find so fascinating about the reporting of the War on Terror is the way almost all of it ignores history – as if it is a conflict happening outside time. The Yemen is a case in point. In the wake of the underpants bomber we have been deluged by a wave of terror journalism about this dark mediaeval country that harbours incomprehensible fanatics who want to destroy the west. None of it has explained that only forty years ago the British government fought a vicious secret war in the Yemen against republican revolutionaries who used terror, including bombing airliners.

But the moment you start looking into that war you find out all sorts of extraordinary things.

END_OF_DOCUMENT_TOKEN_TO_BE_REPLACED

Defense contractors Titan and CACI narrowly avoided liability over claims that their agents abused detainees at the Abu Ghraib prison in Iraq. The D.C. Circuit ruled 2-1 that the contractors, as wartime agents of the U.S. military, can’t be sued under state tort laws.

The ruling affirms dismissal of claims against Titan, but reverses a decision to allow Iraqi detainees and their relatives to sue CACI.

END_OF_DOCUMENT_TOKEN_TO_BE_REPLACED

President Obama’s senior advisor, Valerie Jarrett, was confronted over the weekend with the fact that the administration continues contracting with the scandal-plagued mercenary firm Blackwater (which now does business as Xe Services and US Training Center). “He has to balance national security with transparency and I bet with him. I bet with him and I’m asking you to trust him,” Jarrett told a raucous crowd Saturday at the NetRoots Nation conference in Pittsburgh.

END_OF_DOCUMENT_TOKEN_TO_BE_REPLACED

A former Blackwater employee and an ex-US Marine who has worked as a security operative for the company have made a series of explosive allegations in sworn statements filed on August 3 in federal court in Virginia. The two men claim that the company’s owner, Erik Prince, may have murdered or facilitated the murder of individuals who were cooperating with federal authorities investigating the company. The former employee also alleges that Prince “views himself as a Christian crusader tasked with eliminating Muslims and the Islamic faith from the globe,” and that Prince’s companies “encouraged and rewarded the destruction of Iraqi life.”