According to documents obtained by EPIC in a Freedom of Information Request – some TSA agents who work with the radiation machines daily are falling ill with cancer clusters. Plus much more…

END_OF_DOCUMENT_TOKEN_TO_BE_REPLACED

Time to Topple Corporate Dictators: Americans Need to Show Up 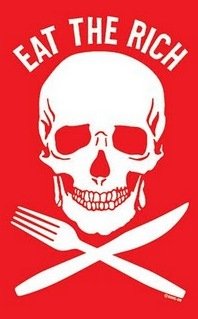 The 18 day non-violent Egyptian protests for freedom raise the question: is America next? Were Thomas Jefferson and Thomas Paine around, they would likely say “what are we waiting for?” They would be appalled by the concentration of economic and political power in such a few hands. Remember how often these two men warned about concentrated power.

Our Declaration of Independence (1776) listed grievances against King George III. A good number of them could have been made against “King” George W. Bush who not only brushed aside Congressional War-making authority under the Constitution but plunged the nation through lies into extended illegal wars which he conducted in violation of international law. Even conservative legal scholars such as Republicans Bruce Fein and former Judge Andrew Napolitano believe he and Dick Cheney still should be prosecuted for war and other related crimes. The conservative American Bar Association sent George W. Bush three “white papers” in 2005-2006 that documented his distinct violations of the Constitution he had sworn to uphold.