Mothers, don’t let your children grow up to be Nobel Peace Prize winners

In November I wrote:

Question: How many countries do you have to be at war with to be disqualified from receiving the Nobel Peace Prize?

Answer: Five. Barack Obama has waged war against only Pakistan, Afghanistan, Iraq and Somalia. He’s holding off on Iran until he actually gets the prize.

Well, on December 10 the president clutched the prize in his blood-stained hands. But then the Nobel Laureate surprised us. On December 17 the United States fired cruise missiles at people in … not Iran, but Yemen, all “terrorists” of course, who were, needless to say, planning “an imminent attack against a U.S. asset”.[1] A week later the United States carried out another attack against “senior al-Qaeda operatives” in Yemen.[2]

END_OF_DOCUMENT_TOKEN_TO_BE_REPLACED

The Devil and Mr. Obama 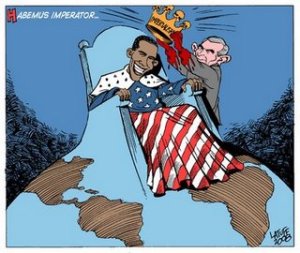 Barack promised change — and sure enough, things changed for the worse.

Well lookee here! An invite from my limey comrades to recap Barack Obama’s first year in office. Well comrades, I can do this thing two ways. I can simply state that the great mocha hope turned out to be a Trojan horse for Wall Street and the Pentagon. Or I can lay in an all-night stock of tequila, limes and reefer and puke up the entire miserable tale like some 5,000 word tequila purged Congolese stomach worm. I have chosen to do the latter.

END_OF_DOCUMENT_TOKEN_TO_BE_REPLACED 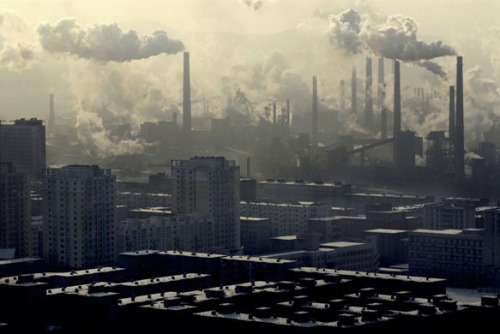 Of all the explanations for Barack Obama’s Nobel Peace Prize, the one that rang truest came from French President Nicolas Sarkozy. “It sets the seal on America’s return to the heart of all the world’s peoples.” In other words, this was Europe’s way of saying to America, “We love you again”—sort of like those weird “renewal of vows” ceremonies that couples have after surviving a rough patch.

Now that Europe and the United States are officially reunited, it seems worth asking: is this necessarily a good thing? The Nobel Committee, which awarded the prize specifically for Obama’s embrace of “multilateral diplomacy,” is evidently convinced that US engagement on the world stage is a triumph for peace and justice. I’m not so sure. END_OF_DOCUMENT_TOKEN_TO_BE_REPLACED

“It is forbidden to kill; therefore all murderers are punished unless they kill in large numbers and to the sound of trumpets.” — Voltaire

Question: How many countries do you have to be at war with to be disqualified from receiving the Nobel Peace Prize?

Answer: Five. Barack Obama has waged war against only Pakistan, Afghanistan, Iraq and Somalia. He’s holding off on Iran until he actually gets the prize.

END_OF_DOCUMENT_TOKEN_TO_BE_REPLACED

I may be wrong, but I think Barack Obama was awarded the Nobel Peace Prize because the selection committee was feeling as soul sick as I do at the ebbing of humanity’s great  opportunity to corral global militarism and fundamentally reprioritize.

Obama’s election last year rode on global aspirations for — at the very least — a saner world, a humanizing of the values around which nations organize themselves. He fused, or so several billion people believed, the peace, civil rights and environmental movements of the last half century with the realpolitik of presidential elections, and made impossible dreams begin to flicker in the real world.