Why does the US govt support attacks on civilians in Ukraine?

Support by the United States government for Ukraine reached stunning levels of immorality with the clear endorsement of the Kiev government’s attacks on civilians in eastern part of that nation. Numerous reports (see below) in the world press indicate that the Kiev government is indiscriminately attacking the city of Slavyansk.   That leaves no doubt that the Ukraine army and National Guard are attacking civilians. (Image: Save Donbass Children)

In addition to the widespread news of attacks on Slavyansk, there are also on the scene reports of Ukraine bombardments of the following eastern Ukraine cities: Seemyovka, Slavyansk, Kromatorsk and Donetsk City.

This represents a high-risk path for the Obama administration and the new cold warriors in Congress. It’s one thing to kill civilians in the context of seeking to overcome the latest evildoers. It’s quite another to support a government led by an oligarch that orders attacks on entire cities with irregular troops drawn self identified Nazi sympathizers and the nation’s regular forces.  END_OF_DOCUMENT_TOKEN_TO_BE_REPLACED

Hot War with Russia – The Saker 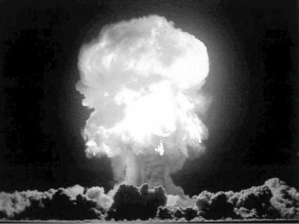 What’s the likelihood of a shooting war with Russia over Ukraine?  What are the military realities that the United States and it’s NATO collaborators see when they consider a real war in behalf of their proxy government in Ukraine?  Leading edge blogger, The Saker, provides an extended analysis that answers these questions convincingly.   Along with George Eliason’s superb analysis, The Saker is taking citizen journalism to new heights. (Image: Thomas Williams)

A short time before The Saker’s post, we got a bit of good news.  The official propaganda organ of corporate America, Associated Press,  ran this headline at 12:38 PM PDT – AP:  Ignoring Putin, Ukraine Insurgents to Hold Vote. It doesn’t take much to read these tea leaves. Putin is being let off the hook as the evil genius behind the people of Eastern Ukraine. After a little bit of corporate media rehab, Obama will be able to accept Putins ongoing offer to negotiate a reasonable ending to the mess that they created (unless the neocons sabatoge it).

END_OF_DOCUMENT_TOKEN_TO_BE_REPLACED 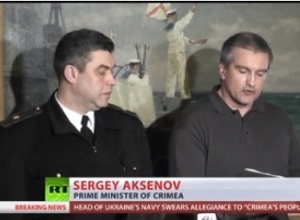 Why are we not surprised?   The United States neconservative initiated action in the Ukraine is backfiring.  The head of the Ukrainian Navy, Admiral Denis Berezovsky, just announced that the navy is now in the service of the Crimean Autonomous Republic.

“I, Berezovsky Denis, swear allegiance to the Crimean people and pledge to protect it, as required by the [army] regulations. I swear to take orders of Crimea and Sevastopol’s Supreme Commander,” Berezovsky said as seen in video footage.   All Navy troops dislocated in Sevastopol are ordered to disregard any commands coming from Ukraine’s new self-proclaimed authorities,” the PM also declared. “Do not take any orders of using arms till my personal instructions.”  RT (Russia Today), Mar 2, 2014    END_OF_DOCUMENT_TOKEN_TO_BE_REPLACED

We don’t have a substantial cushion between today’s climate and dangerous warming. James E. Hanson

The head of NASA’s Goddard Institute for Space Studies, James E. Hansen, announced the results of break through global warming research last week. The earth’s temperature is rising at a much quicker pace than previously anticipated according to research by the nation’s preeminent climate scientist. We have little time to reverse the trend. (Image)

An example of the dangerous pace of change is emerging on Russia’s Eastern Siberian Arctic Shelf. Long-frozen permafrost is beginning to melt due to global warming. This threat was identified years ago due to the potential for highly toxic releases of heat-trapping methane gas. Recent changes are both a surprise and a cause for alarm. There is more methane gas released from the Russian cauldron “than the CH4 emissions estimate for the entire world ocean.” Methane is a “far more potent GHG [greenhouse gas] than CO2″ with a greater potential to cause “abrupt climate change.”
END_OF_DOCUMENT_TOKEN_TO_BE_REPLACED

Once again, the World Health Assembly failed to set a deadline for the destruction of smallpox samples, delaying discussion for another three years. Though it still affirms the need for live sample destruction, the two-day “contentious debate” (repeated for the last 25 years) ended on May 24 in a victory for bioweapons development in the U.S. and Russia.

“The retention of the existing stocks of smallpox virus are not required” to maintain and bolster current vaccine supplies, argues Dr. D. A. Henderson in Biosecurity and Bioterrorism: Biodefense Strategy, Practice, and Science. Through current technology, smallpox vaccines can be developed from the known genome. Live viruses are simply no longer needed.

END_OF_DOCUMENT_TOKEN_TO_BE_REPLACED

Alexander Goncharov, a Russian activist who has been exposing the globalists’ eugenics program and in particular a vaccination program set to begin in 2011, has disappeared after recently receiving a serious threat to his life.

He has been missing since the night of October 30th, 2010, at approximately 22:00 hours when he was last seen leaving his office at the Russian Benevolent Society and did not return home as expected.

END_OF_DOCUMENT_TOKEN_TO_BE_REPLACED

Posted on April 8, 2010 by Michael Collins | Leave a comment

Like probably everyone else who stops by here, I’ve spent the better part of the past two days and part of the nights and early mornings glued to #freekg and diesel.elcat.kg, peeling off temporarily to follow links that are posted to other news and analysis. The pictures, videos, and firsthand posts from witnesses and feverish […]

As others, I continue to refresh my news sources for Kyrgyz details.  While reading all I could find, I noticed that Sarah’s post was quite unique.  What struck me was how Registan can’t help but be the anti-FP blog.  To be more specific, the fact that FP has two stories that seem to see the […]

END_OF_DOCUMENT_TOKEN_TO_BE_REPLACED

A global survey commissioned by the BBC revealed that 74% of 29,000 respondents in 27 countries are critical of neoliberal capitalism. This is a reversal from a 2005 survey by the same firm, GlobeScan, which found 63% in favor of a free market. The only Latin American nations surveyed all hold free trade agreements with the US, and all reject neoliberalism by vast majorities. France and Germany believe strong regulation can cure problems with capitalism.

END_OF_DOCUMENT_TOKEN_TO_BE_REPLACED 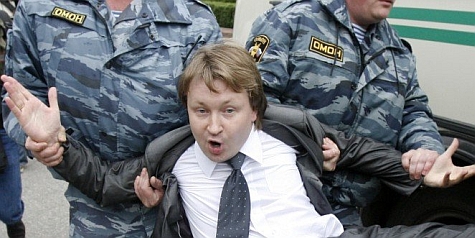 Nikolai Alekseev, seen here being arrested by the OMON at Moscow Pride last May: “Justice always comes, it’s only a matter of time.” Photo at GayRussia.ru