We don’t have a substantial cushion between today’s climate and dangerous warming. James E. Hanson

The head of NASA’s Goddard Institute for Space Studies, James E. Hansen, announced the results of break through global warming research last week. The earth’s temperature is rising at a much quicker pace than previously anticipated according to research by the nation’s preeminent climate scientist. We have little time to reverse the trend. (Image)

An example of the dangerous pace of change is emerging on Russia’s Eastern Siberian Arctic Shelf. Long-frozen permafrost is beginning to melt due to global warming. This threat was identified years ago due to the potential for highly toxic releases of heat-trapping methane gas. Recent changes are both a surprise and a cause for alarm. There is more methane gas released from the Russian cauldron “than the CH4 emissions estimate for the entire world ocean.” Methane is a “far more potent GHG [greenhouse gas] than CO2″ with a greater potential to cause “abrupt climate change.”
END_OF_DOCUMENT_TOKEN_TO_BE_REPLACED

On the gargantuan lie of climate change science

In all of human history, what was believed and promoted by the majority of service intellectuals (high priests) in each civilization was only created and maintained to support the hierarchy and the place of the high priests within the hierarchy. To believe that the present is any different regarding any issue managed by our “experts”, whether in medicine, psychology, cosmology, economics, law and governance, population health or ecology, is pure distilled idiocy. END_OF_DOCUMENT_TOKEN_TO_BE_REPLACED

Can you dig it?

Now what could this mean? TV crew stopped from taking samples from polluted Florida beach. Pat Gonzales, US Fish and Wildlife (to WEAR ABC 3 reporter taking a sample from polluted beach): “You can not come out here and do your own investigation if you’re looking for oil product.” WEAR ABC 3

Is the government protecting the sovereign state of BP? Is a pattern emerging?

It seems so. In addition to chasing off WEAR-ABC off the beach, federal officials discouraged scientists from taking samples in the Gulf, other federal officials confiscated samples gathered by scientists at LSU, and state officials refused to test fish for pollution claiming they’d seen no oil in the area in question. Who benefits? END_OF_DOCUMENT_TOKEN_TO_BE_REPLACED

Left-Leaning Despisers of the 9/11 Truth Movement: Do You Really Believe in Miracles?

According to several left-leaning critics of the 9/11 Truth Movement, some of its central claims, especially about the destruction of the World Trade Center, show its members to be scientifically challenged. In the opinion of some of these critics, moreover, claims made by members of this movement are sometimes unscientific in the strongest possible sense, implying an acceptance of magic and miracles.

After documenting this charge in Part I of this essay, I show in Part II that the exact opposite is the case: that the official account of the destruction of the World Trade Center implies miracles (I give nine examples), and that the 9/11 Truth Movement, in developing an alternative hypothesis, has done so in line with the assumption that the laws of nature did not take a holiday on 9/11. In Part III, I ask these left-leaning critics some questions evoked by the fact that it is they, not members of the 9/11 Truth Movement, who have endorsed a conspiracy theory replete with miracle stories as well as other absurdities.

END_OF_DOCUMENT_TOKEN_TO_BE_REPLACED

The Preamble; Fix it or Nix It?

At present, oil saturates the Gulf Stream. An official six-month cessation of permits for new drilling did not actually affect the industry or government decisions. Despite Moratorium, Drilling Projects Move Ahead. To explain such an authorization and waiver, the Department of the Interior and the Minerals Management Services Division which regulates drilling, pointed to public statements by Interior Secretary, Ken Salazar. He did not intend to forbid all first cuts in the Earth’s crust. Absolutely not. The Federal Government approved wells off the coast of Louisiana in June. Regardless of the day, or realities that are anathema to our citizenry, little has truly changed. Today, just as in yesteryear, we, the people of the United States of America, in order to form a more perfect Union, polish policies to appear as though our civilization would wish to protect and defend all beings, equally. END_OF_DOCUMENT_TOKEN_TO_BE_REPLACED 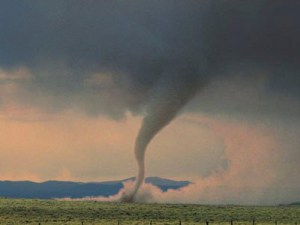 Updated from original, Republished by Global Research (version of 8 Jan 2010):

END_OF_DOCUMENT_TOKEN_TO_BE_REPLACED

Today, Americans are engrossed in earthquake coverage. The tremor in Haiti bought unimaginable death and destruction just south of our borders. Events related to the recovery and rescues emerge as banner headlines. Haitians Seek Solace Amid the Ruins. For a week now, the struggle to survive, revive the injured, and retrieve the bodies strewn on the streets of Port-au-Prince was also the central theme of most every broadcast. In the midst of the misery, many Americans, felt desperate for a reprieve from the devastation that emotionally drained them. Millions took time to escape in a welcome distraction. Sassy, former Governor and Vice Presidential candidate, Sarah Palin Made Her Debut appearance on Fox. Tomorrow another reality will replace these stories, just as each superseded the hoopla over Harry Reid’s reference to race. Metaphorically, the tales provide persons, policies, and, or practices fifteen minutes of fame. In actuality, these fade from our mind quickly. END_OF_DOCUMENT_TOKEN_TO_BE_REPLACED