The People Say Stop the XL Pipeline – Will Obama Listen? Does He Care?

(Washington, DC 1/17)  The nation’s capital hosted over 40,000 citizens assembled to petition the Government for a redress of grievances.  The crowd urged President Obama to bring to reality his lofty words on climate change in the inaugural address just days ago.  By stopping the construction of the Keystone XL pipeline, the president would deal a blow to the rogue energy companies who, by their actions, are ready to sacrifice everything to transport oil from Alberta, Canada’s tar sands, across the United States, for refinement in Houston, Texas and shipment to China.

The broader concern of the gathered citizens and march sponsors, 350.org, and the Sierra Club, represents the existential issue of our time.  We need to get very real, very soon on the manifest threat to the earth’s climate posed by fossil fuels and the threat to the human species embodied by insane ventures like the Canadian tar sands project.  The verdict of science is clear.  As leading climate scientist James E. Hansen said, the full exploitation of tar sands oil and use by China, or any nation, is “game over for the climate.” END_OF_DOCUMENT_TOKEN_TO_BE_REPLACED 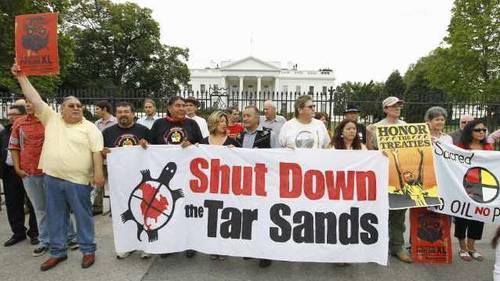 President Obama’s reelection campaign has hired a former lobbyist for the controversial Keystone XL oil pipeline as a top adviser.

The campaign said that Broderick Johnson, founder and former principal of the communications firm the Collins Johnson Group, would serve as a senior adviser for the campaign. Before founding the firm this spring, he worked for the powerhouse lobbying firm, Bryan Cave LLP, where his clients included Microsoft, Comcast and TransCanada, the company planning to build the $7-billion pipeline to carry crude from Alberta’s oil sands to the Texas Gulf Coast.

END_OF_DOCUMENT_TOKEN_TO_BE_REPLACED 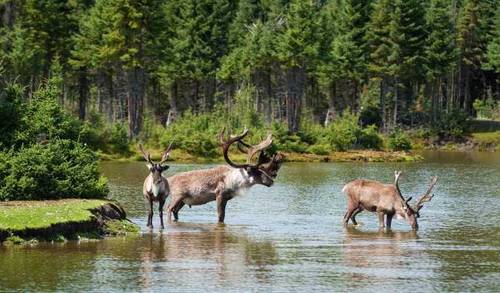 What entitlement! I hit the gas, power off to my destination. No one asks me whether the trip is serious or banal, necessary or foolish, conscious or impulsive. I just go, ripping up the miles as though they were daydreams. The engine purrs. My name is Everyman, and I have the power of gods.

Don’t get me wrong. I’m not addicted or anything. I can get off oil whenever I want to. On the other hand, I may be willing to sacrifice 740,000 acres of pristine boreal forest in Northern Canada — part of one of the largest intact ecosystems left on the planet — along with, oh, 166 million birds, and all the remaining caribou inAlberta, before I do.

END_OF_DOCUMENT_TOKEN_TO_BE_REPLACED

Dan Choi, Bill McKibben and I are continuing our Powershift panel, “What Do You Do When the President is Just Not Into You.” (Felipe Matos, who took Bill’s place when we recreated the panel at Netroots Nation, scored quite the victory in the same vein with Roberto Lovato and everyone else at Presente this week.) Scarecrow is here with us in DC and we’re all going to take part in the first day of the 10 day tar sands sit-in. You can read Bill’s OpEd in the Washington Post today: Watershed Moment for Obama on Climate Change.

Click here to watch the livestream of the protest (for as long as ‘authorities’ allow).