At the tenth anniversary of September 11, 2001, there were at least four objective news reports of 9/11 skepticism published in the mainstream press.

These have either disappeared from the Google news search, or have been retitled. Therefore, they have been reposted at COTO Report and are referenced below for posterity.

END_OF_DOCUMENT_TOKEN_TO_BE_REPLACED 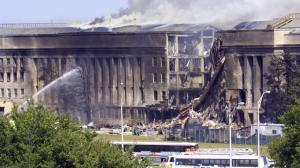 Smoke pours from the Southwest E-ring of the Pentagon building on Sept. 11, 2001, in Arlington, Va. (Alex Wong/Getty Images)

A small but vocal and intractable group of dissenters has long believed the 9/11 attacks did not happen as the U.S. government says they did. Truthers, as they are known, suggest the role of al-Qaeda has been overstated or invented. They point fingers at shadowy state forces being involved in a massive cover-up – or complicit in the attacks themselves.

END_OF_DOCUMENT_TOKEN_TO_BE_REPLACED

How the world changed after 9/11

The heavy syllables of the victims’ names boomed out along the streets around Ground Zero. The public were patted down, then allowed up a cramped side road to peer at a distant video screen of the memorial. They filmed the video screen on their mobile phones, filmed each other filming, and film crews filmed them filming.

END_OF_DOCUMENT_TOKEN_TO_BE_REPLACED

The truth is out there 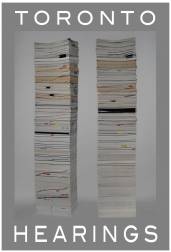 As people across Canada and the United States publicly remembered the tenth anniversary of 9/11 this week, a small group at Ryerson University was examining another angle altogether: the “myth” of 9/11. The four-day Toronto Hearings kicked off Thursday with a trio of experts and academics offering their opinions on why the official narrative of 9/11 as a terrorist attack is flawed. The Post’s Megan O’Toole looks at the day’s highlights.

END_OF_DOCUMENT_TOKEN_TO_BE_REPLACED

TORONTO Sept. 9, 2011 — As people across Canada and the United States publicly remember the tragedy of 9/11 in the lead-up to its tenth anniversary this weekend, a small group in Toronto began a series of hearings Thursday to examine another angle altogether: the “myth” of 9/11.

Dubbed the Toronto Hearings, the four-day event at Ryerson University — which wraps up Sunday — will hear from a variety of experts and academics on why the official narrative of 9/11 is flawed.

END_OF_DOCUMENT_TOKEN_TO_BE_REPLACED

The following two links will allow you to view the Hearings live: