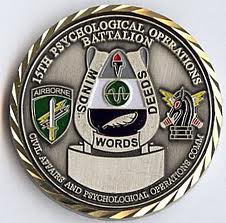 The notion that Iran is an upcoming nuclear power and a threat to global security is based on false intelligence, to justify another illegal invasion, writes Michel Chossudovsky.

The UN Security Council on June 9 2010 adopted the imposition of a fourth round of sweeping sanctions against The Islamic Republic of Iran. UNSC Resolution 1929 includes an expanded arms embargo as well as “tougher financial controls”:

END_OF_DOCUMENT_TOKEN_TO_BE_REPLACED

An attack on American forces in the Persian Gulf is being planned.  Wikileaks is an integral part of the operation.  Step one was the current “diplomatic” Wikileak.  Step two, the brazen “Mossad style”murders in Iran.

Wikileaks couldn’t be more involved if they built the bombs or fired the missiles themselves.

END_OF_DOCUMENT_TOKEN_TO_BE_REPLACED

Countdown to Zero: Propaganda for War on Iran

Seductive, fascinating and frightening, Countdown to Zero motivates the public to support complete nuclear disarmament and to fear Iran, which is conveniently the next country the US wants to invade. Framed in no-nuke rhetoric, Countdown to Zero is not-so-subtle agitprop. The film relies on conventional geopolitics to whip up conventional audiences into another conventional state of panic. Islamo-terrorists just can’t acquire this technology! This is painfully similar to what we were told prior to the invasion of Iraq.